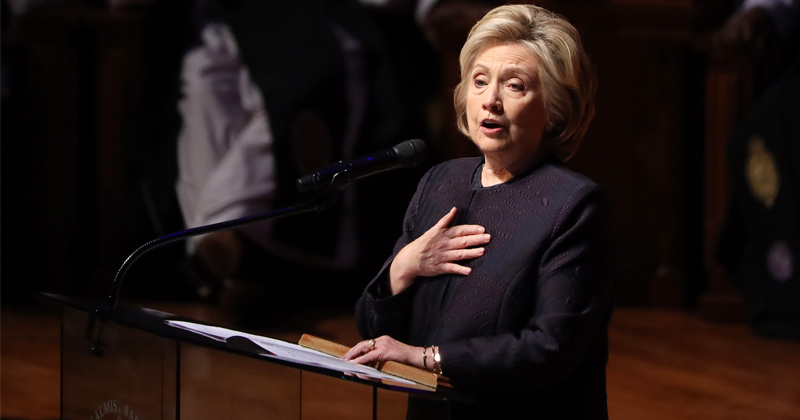 Editor’s Note: The Riverbend Centre is located in a wide open area of northwest Austin, and parking will be available in the vicinity. Please refer to the map below for more details.

Alex Jones is expected at a Hillary and Chelsea Clinton event in Austin’s Riverbend Centre this Sunday, November 3rd, at 1 PM.

The Deep State kingpin herself is scheduled to be speaking from 3-4, but Alex Jones wants Texans to be there with him to peacefully and lawfully protest the Deep State coup attempt against President Trump.

In fact, it’d be cool if this event becomes an impromptu, peaceful Trump rally that generates more excitement than the actual Hillary event.

It’s been confirmed that Hillary is planning to run for president only after Trump has been removed from office, sources say, which explains why a two-timed failed presidential candidate is still on a PR campaign throughout the nation.

The mother-daughter duo plan to promote their co-authored book titled ‘The Book of Gutsy Women: Favorite Stories of Courage and Resilience.’