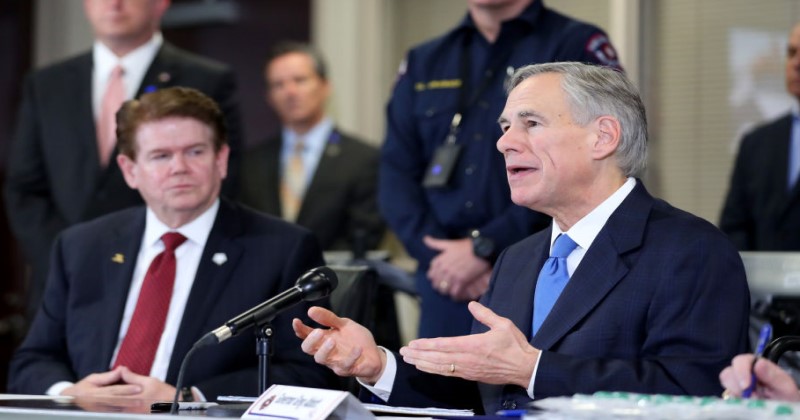 Texas, Gov. Greg Abbott made an announcement Thursday in response to COVID-19, instating a public health disaster in the state for the first time in more than 100 years along with an executive order closing bars, gyms and restaurants aside from take-out orders.

“The last time this was declared in Texas was 1901,” Governor Abbot said during the announcement, adding that the disaster declaration gives state and local officials the tools and resources they need to combat the virus.

The executive order begins on Friday, March 20 and ends on April 3, but that could change if the virus continues to spread.

The state of Texas already has more than 100 confirmed cases of COVID-19, more than 20 of those individuals living in the Austin area and at least three people have died.

In addition to allowing to-go and delivery options for restaurants, Abbott is letting some businesses deliver alcohol along with food orders.

Wine, beer and mixed drinks can be delivered in an effort to help the hospitality industry during this volatile economic time.

“The State of Texas is committed to supporting retailers, restaurants and their employees,” Gov. Abbott stated. “These waivers will allow restaurants to provide enhanced delivery options to consumers during this temporary period of social distancing.”