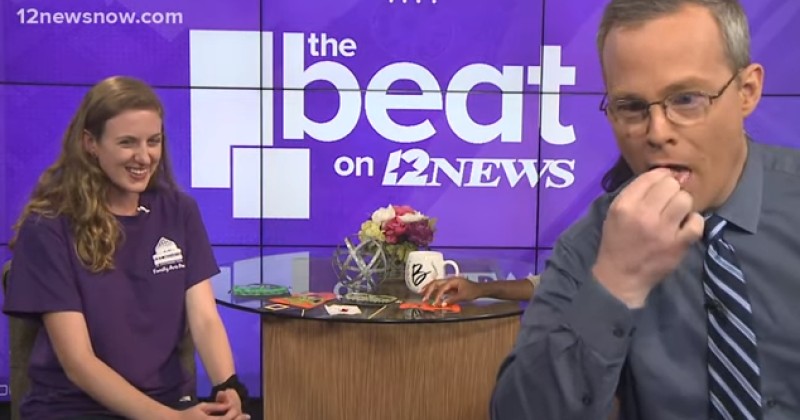 An art museum in Texas encouraged children and families to eat insects, including crickets and mealworms, during its “Eat a Bug” day this past weekend.

According to the Art Museum of Southeast Texas, its “Eat a Bug!” Free Family Arts Day is the venue’s most popular event, providing children with the chance to gobble “fried crickets” or “fried mealworms that are provided by a local pest control company.

The museum was able to depend on positive press coverage from 12NewsNow, which showcased the event in two separate reports.

It tastes just like a pork rind!” one of the museum workers enthusiastically stated, to which the news anchor responded, “I’m in!”

Kids who consume the insects also receive a “fun ‘I ate a bug’ sticker.”

A black female news anchor tried to eat one of the bugs but spat it back out, remarking, “Sis, I’m cultured but I ain’t that cultured.”

As we highlighted earlier, Al-Jazeera also posted a video claiming that not wanting to eat bugs was racist because Christopher Columbus once said that only “savages” did so.

VICE also put out a video sympathetically showcasing hipsters incorporating bugs into their sex lives, including one man who likes to put earth worms up his penis. No, really.

Eating bugs is disgusting and yet another example of how we are being dehumanized and indoctrinated to have our standards of living reduced in the name of saving the planet.