A Texas woman says she is traumatized after one of her town’s police officers made her feel uncomfortable, then chased her down and tackled her during a casual morning stroll.

Melissa Bonnette says she couldn’t tell whether the man that rode up beside her in a motorcycle last Friday morning during her routine walk was actually a cop or not. His vehicle had familiar police markings and his uniform was festooned with police patches, but something about his interaction was suspicious and atypical. For one, he began by asking if she lived in the area.

Bonnette says because she couldn’t determine the officer’s authenticity, she decided to play it safe and tried walking away, but the man on the motorcycle followed.

Fearing rape or worse, Bonnette then took off jogging. 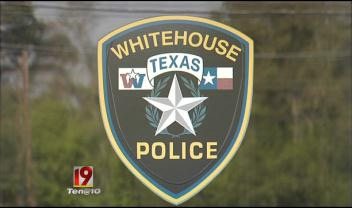 That’s when Whitehouse officer Shawn Johnson jumped off his motorcycle and engaged her on foot, tackling her into submission and handcuffing her as she pleaded for him to stop.

“I just was crying and I was saying ‘Please sir, please sir. Why are you doing this?’ It was like I was in a nightmare. I hadn’t done anything wrong,” she said.

Whitehouse police chief Craig Shelton says the incident will be investigated, along with the officer’s dash cam footage of the event, but that so far he thinks Johnson reacted appropriately and he is not moving to reprimand him at this time.

“Normally if a police officer pulls up, in my opinion, it’s awful odd for somebody just to take off and not want to speak to the police officer,” Shelton said. “And he had a lawful reason to be there and to stop her.”

Shelton explained that normally you’re not required to address a police officer, but that in this circumstance the officer was justified because “By law, you have to be to the far left facing oncoming traffic.”

“He told her I believe twice to quit resisting and she wouldn’t — she continued to resist,” Shelton told KYTX. “So, he put her on the ground.”

Bonnette says the whole menacing affair has left her traumatized, and she is now even considering moving out of the small east Texas town for fear the same thing will happen again.

“I really don’t want to live in a town where something like this could happen to a law-abiding citizen,” she said. “I’m not going to be able to walk anymore, and that’s sad because I enjoy walking every day. But I’m terrified. It was just so traumatic.”

The incident illustrates how police often squander tax payer dollars to harass innocent citizens doing little more than minding their own business. The fact that the police chief will not admit that his officer did anything wrong contributes to the overall problem.