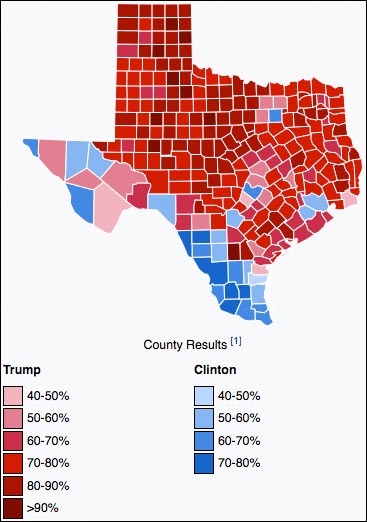 O’Rourke, better known by his “Jeb” Bush-like nickname “Beto,” outlined on CBS over the weekend he believes no Americans should be able to purchase AR-15s, one of the most popular hunting rifles in the US.

“I don’t know that we should raise the age for buying an AR-15, I just don’t think we should be selling AR-15s in this country,” Beto told CBS. “That weapon was designed for one purpose and one purpose only: to kill people as effectively and efficiently as possible on the battlefield. It has no place in our streets, in our schools, in our concerts, in our movie theaters. We should not be selling that to civilians.”

Rep. Beto O'Rourke: I don't think we should be selling AR-15s in this country https://t.co/mr3Km1pmiE via @CBSNews

In the same interview, Beto went on to argue against arming teachers as a deterrent against potential school shooters, claiming educators would not be able to accurately aim their guns.

Another area O’Rourke would fail Texas voters: refusing to secure the porous border with Mexico where drug smuggling and human trafficking take place on a daily basis.

Appearing on The Late Show with Stephen Colbert last week, O’Rourke said Texans don’t need the wall which President Trump has consistently called for to stave off criminal elements attempting to take advantage of the US.

“We don’t need a wall,” O’Rourke said to applause, going on to use his hometown of El Paso’s low crime rate as an example of why a wall isn’t necessary.

Elsewhere in his response to Colbert, Beto adds he’d like amnesty for illegal alien “Dreamers.”

“We don’t need walls, we can have smart security solutions and we can free Dreamers from the fear of deportation by making them US citizens today, so they can contribute to their maximum capacity, to their full potential,” Beto said.

O’Rourke is also among three other US Senate candidates who’ve admitted they would vote to impeach President Donald Trump, according to Politifact, likely an unpopular sentiment in the state where an overwhelming majority of counties voted Republican in the 2016 presidential election.

Beto was also called out in a recent interview by incumbent Senator Ted Cruz, who claimed the Democrat was “quick to blame the police” in the case of Dallas officer Amber Guyger, who fatally shot a black man in his apartment last week.

To recap, Beto’s policies are contradictory to what a majority of red-blooded Texans want. Like his friends on the left, Beto wants to ban assault rifles, he’s against arming teachers, he’s against a border wall, he’d vote to impeach President Trump, he wants amnesty for illegal aliens, and he apparently cannot wait for due process to take its course
when it comes to accusations against law enforcement.

While a platform like this might work in California, it will most assuredly be a losing strategy in Texas come November.