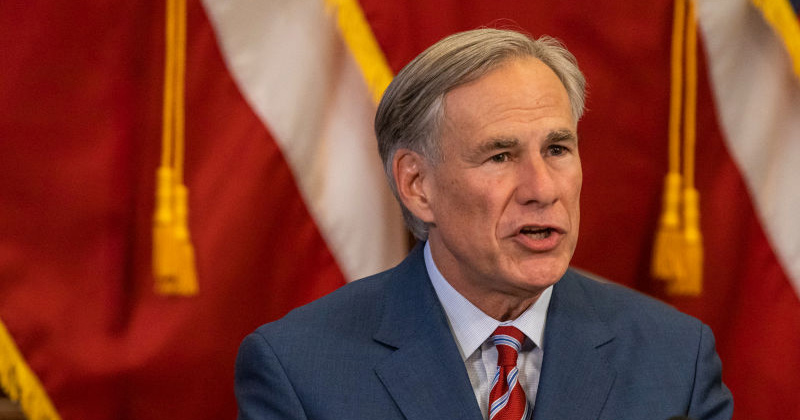 Texas Gov. Abbott blamed “Texans congregating in bars” for an uptick in coronavirus cases while simultaneously allowing local officials to approve of “mass gatherings” (i.e. protests) of 100 or more people.

In an executive order released on Friday (which is hard as hell to read), Abbott said that an “outdoor gathering in excess of 100 people” is allowed as long as local officials approve of it:

For any outdoor gathering in excess of 100 people, other than those set forth above in paragraph numbers 1, 2, or 4, the gathering is prohibited unless the mayor of the city in which the gathering is held, or the county judge in the case of a gathering in an unincorporated area, approves of the gathering, and such approval can be made subject to certain conditions or restrictions not inconsistent with this executive order;

Of the listed exemptions, Paragraph 2 in particular states that the “50 percent occupancy limit does not apply to outdoor areas, events, or establishments” with further exceptions, offering a clue that there’s a distinction between “outdoor gatherings” and “outdoor events.”

Additionally, the exceptions in Paragraph 2 revolve around certain outdoor venues where people are in close contact, such as water parks and rodeos.

Given that county fairs ostensibly fall under “outdoor events” instead of gatherings (the complex order must have been written by lawyers), the “outdoor gathering” clause must be a concession Abbott is giving to Democratic city officials who will naturally approve of protests.

Naturally, all of this would normally fall under First Amendment protections anyway, but Abbott is already making exceptions which are interesting to compare given that he’s blaming bargoers for spreading coronavirus while giving local officials the option to approve mass gatherings.

“At this time, it is clear that the rise in cases is largely driven by certain types of activities, including Texans congregating in bars,” the governor declared.

Putting politics and constitutional issues aside, why is one bad but the other is okay when it comes to the spread of coronavirus?

Relatively speaking, there’s not a lot of Texas bars that routinely attract more than 100 customers at a time.

Abbott ordered all bars to close down – except for to-go service – at noon on Friday and will require restaurants and other businesses to reduce their capacity starting on Monday.

The Texas governor has likely ensured a recession in his state as many bars in Texas cannot offer to-go service, and there’s also a lot of struggling restaurants that cannot afford to stay open to serve a smaller number of customers.

Many service industry workers – including restaurant owners – live from paycheck-to-paycheck, and it’s impossible for them to survive with repeated shut-downs, especially as many perishable foods in restaurant freezers have a short shelf life.

Additionally, a lot of tourist events and county festivals across the state were partially proceeding as scheduled, and now it’s likely most of them will be devastated by decreased attendance.

Abbott already made the controversial decision to shut down elective surgeries in Texas, which critics argued should have been a decision left to medical officials.