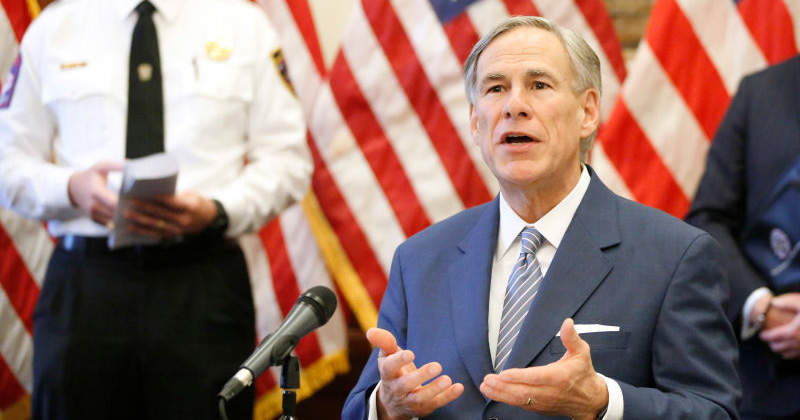 Texas Gov. Greg Abbott announced on Friday he would start loosening up the state’s coronavirus lockdown with phased business reopenings.

Abbott revealed his initial steps to reopen the Texan economy, including allowing customers to pick up products at retail stores starting on April 24, much like restaurants that are already serving to-go orders.

“Even more openings will be announced in May when it is determined that the infection rate continues to decline and when testing capabilities are sufficient to test and contain” outbreaks of the virus,” he stated.

In addition, state parks will start to reopen on Monday and he will lift restrictions on what the state deemed ‘non-essential’ medical procedures.

The governor’s steps are part of his ‘Strike Force to Open Texas’ intended to “safely and strategically restart and revitalize all aspects of the Lone Star State — work, school, entertainment, and culture,” according to a press release.

Given that Texas rode out the Great Recession – and its very slow recovery – due to a statewide oil boom and its resulting jobs, and that now, in comparison, oil prices are collapsing, the state must reopen other major industries to avoid a long recession.

Additionally, local cities dependent on sales taxes are now facing budget shortfalls due to the statewide shutdown that’s lasted about a month so far.

Budget shortfalls on the state level may also explain the motivation to reopen state parks on Monday, although the state is requiring visitors to wear masks and to keep distance from others not part of their group.

That might not deter too many visitors since they don’t have anything else to do until private entertainment venues are reopened.

However, public schools and universities will remain closed for the remainder of the semester.

Abbott’s steps have already been put into place through a series of executive orders issued Friday.

It’s likely that other states which weren’t hit hard by the coronavirus will follow suit, especially if they have governors friendly to President Trump’s agenda to restart the national economy.