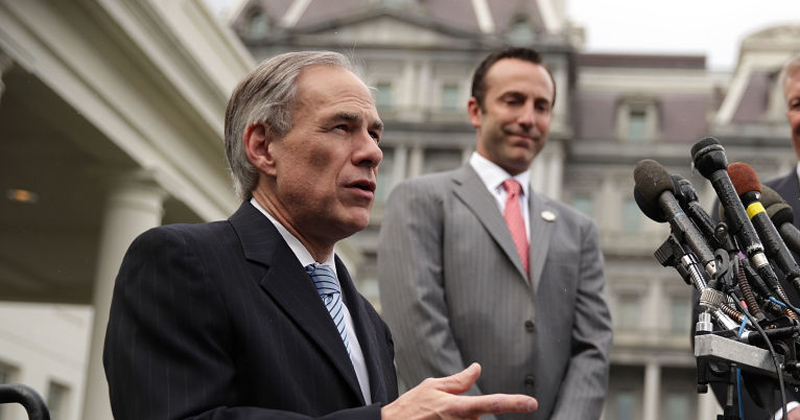 The order, which extends to all 254 Texas counties, grants the governor additional powers over state agencies, boards and commissions, according to the Austin American-Statesman.

“We want to make sure that we do all that we can to prevent this vulnerable senior population or others in hospitals from contracting COVID-19,” Abbott stated.

The governor is also expected later Friday to ask state agencies to direct employees capable of working remotely to do so.

Rather than ban large public gatherings, Gov. Abbott merely discouraged them while the state works to mitigate the virus, and also reassured Texans stockpiling supplies is not necessary.

The governor also indicated more coronavirus testing locations would soon be opened, including a drive thru facility in San Antonio which “will initially prioritize health care workers and high-risk patients,” reports The Texas Tribune, with Austin, Dallas and Houston soon to follow.

“Abbott said there are 39 confirmed COVID-19 cases in the state, not including people being quarantined at Lackland Air Force Base in San Antonio,” The Statesman reports.

Additionally, the declaration gives Abbott the power to “target specific areas if needed, speed the machinery of government and begin collecting state and local governments’ costs for possible federal reimbursement,” according to The Dallas Morning News.

The order precedes a national emergency declaration expected to be announced by President Trump later Friday.

SUBSCRIBE
After analyzing various vectors the corona-virus has taken, and looking at the hysteria being amplified and promoted by the mainstream media.