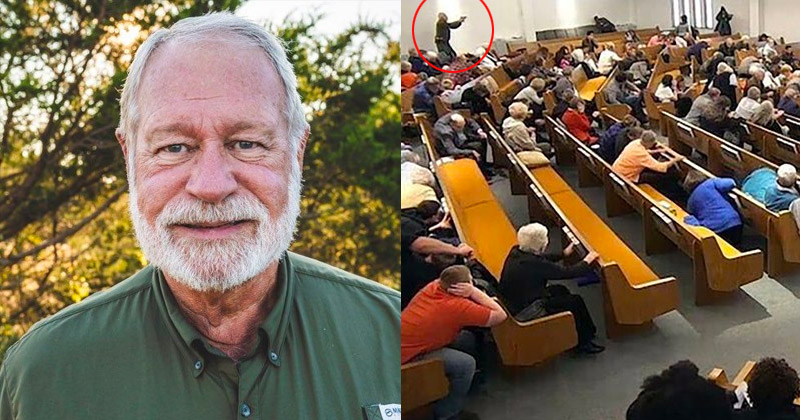 Texas Governor Greg Abbott announced Friday he’s soon going to honor the man who stopped an active shooter inside a church near Fort Worth by bestowing him a Medal of Courage.

“On Monday I will present the Governor’s Medal of Courage to man who stopped a gunman in a deadly shooting at a church in North Texas,” Governor Abbott announced on Twitter, pointing out, “It is the highest award given to civilians by the Governor.”

On Monday I will present the Governor's Medal of Courage to man who stopped a gunman in a deadly shooting at a church in North Texas.

It is the highest award given to civilians by the Governor. https://t.co/bhNyGLQygs

The man receiving the medal, 71-year-old Jack Wilson, was filmed late last month acting fast to stop a shotgun-wielding maniac after he shot and killed two people inside the West Freeway Church of Christ in White Settlement.

Wild scenes from the White Settlement, Church of Christ, shooting!

Gunman is taken down, seconds after opening fire, by a quick draw hero!

Dude doesn’t hesitate, takes out the murderer with a clean headshot!@realDonaldTrump give this guy a medal! pic.twitter.com/2n2FR5S4RR

Following the event, Wilson humbly told reporters he was no hero and simply acted out of instinct.

Last week, Abbott met with Wilson and labeled him a “true Texas hero” on social media.

He is Jack Wilson and a true Texas hero. pic.twitter.com/kfAv79xcoT

Armed congregants quickly stopped a crazed church shooter in Texas. If it were not for the fact that there were people inside of the church that were both armed, and highly proficient in using their weapon, the end result would have been catastrophic. A big THANK YOU to them!

Alex Jones breaks down how leftists are essentially calling for civil war as they ramp up gun confiscation efforts in 2020.