Introduced by Representative Matthew Krause, House Bill 928 is among the many pro-Second Amendment pieces of legislation that have either been passed or are currently going through the legal system around the nation. In fact, an entire website has been created to show the states that have introduced or passed legislation blocking federal forms of gun control.

Originally created in Montana, it all started with legislation known as The Firearms Freedom Act (FFA) — a bill that blocks the federal government from altering gun laws inside the states themselves.

As for House Bill 928, which received an overwhelming amount of support from both sides of the two party system, it restricts the feds from coming in and regulating everything from firearms to firearm accessories. A selection from the bill itself specifies how state employees may not aid federal officials in the confiscation of any firearm-related items:

The fact of the matter is that this legislation and similar bills are receiving massive support from both sides of the political spectrum, because the reality behind the entire media-driven issue of gun control is quickly coming out. We’ve even seen this with a recent Gallup poll, which shows that only 4% of the United States population (down 2% from the prior months) believe that gun control is a major issue that we face today. To put that figure into perspective, a much greater 24% were concerned with the horrible state of the economy.

The public understand that a whopping 2.5 times more United States citizens are killed in the ‘gun free zone’ of Chicago than overseas in the Afghanistan war zone, and they are putting the puzzle pieces together. Gun freedom has nothing to do with left vs. right, Democrat vs. Republican. Instead, it’s about the people and the control of the people. And more and more citizens are becoming aware of this on a daily basis.

If you live in Texas, contact your Senator and let them know you want them to support House Bill 928. 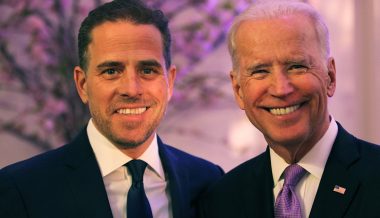