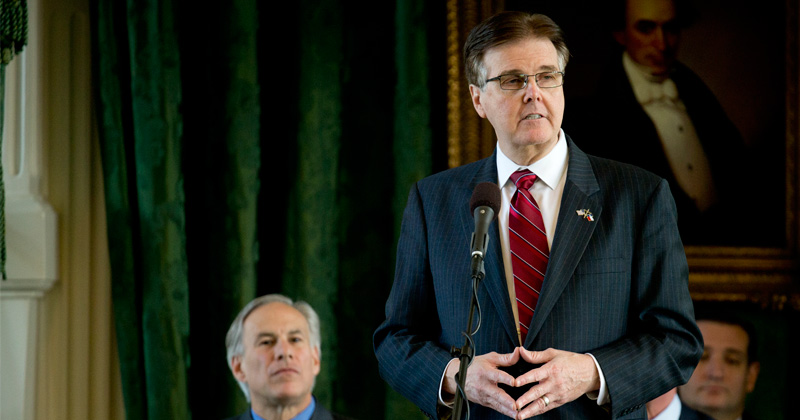 Texas Lieutenant Governor Dan Patrick thinks “lots of grandparents” are willing to risk dying from coronavirus to keep the economy from plunging into another Great Depression.

During an appearance on Tucker Carlson Tonight, the Lt. Gov., whose office is arguably the most influential in the state, said he nows fears dark economic times more than he does the coronavirus.

“I’m not living in fear of COVID-19. What I’m living in fear of is what’s happening to this country,” Patrick said. “No one reached out to me and said, ‘As a senior citizen, are you willing to take a chance on your survival in exchange for keeping the America, that all America loves, for your children and grandchildren?’ And if that’s the exchange, I’m all-in. And that doesn’t make me noble or brave or anything like that.”

“I just think there are lots of grandparents out there in this country like me … that what we all care about, and what we love more than anything, are those children,” he added. “Those of us who are 70-plus, we’ll take care of ourselves, but don’t sacrifice the country.”

The Lt. Gov. also said he was encouraged by President Trump’s belief that people should go back to work sooner rather than keep the country locked down for months on end.

In remarks that Patrick sent to Carlson prior to the show, the Lt. Gov. said “let’s give this a few more days or weeks, but after that, let’s go back to work and go back to living. Those who want to shelter in place can still do so. But we can’t live with this uncertainty.”

In Texas, the lieutenant governor arguably has more power than the governor because he welds dominant influence over the Texas Senate, including appointing all the committee chairs and practically deciding what bills survive.

Constitutional lawyer Robert Barnes issued a message to President Trump on what he needs to do to end the destruction of our economy.