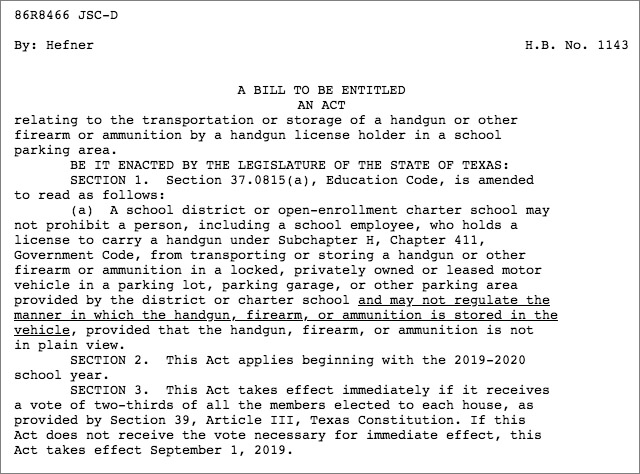 On September 1, Texas will enact nine new pro-gun laws which were passed before this weekend’s tragic mass shooting at an El Paso, Texas Walmart.

The measures are meant to loosen restrictions on guns being carried on school campuses and churches as well as banning lease agreements that prohibit residents from owning guns.

House Bill 1143: Prohibits school districts from making rules about how a licensed handgun carrier’s weapons or ammunition can be stored in their vehicle in school parking lots.

House Bill 1387: Eliminates limits on the number of school teachers and staff, known as marshals, allowed to carry guns on public school campuses. 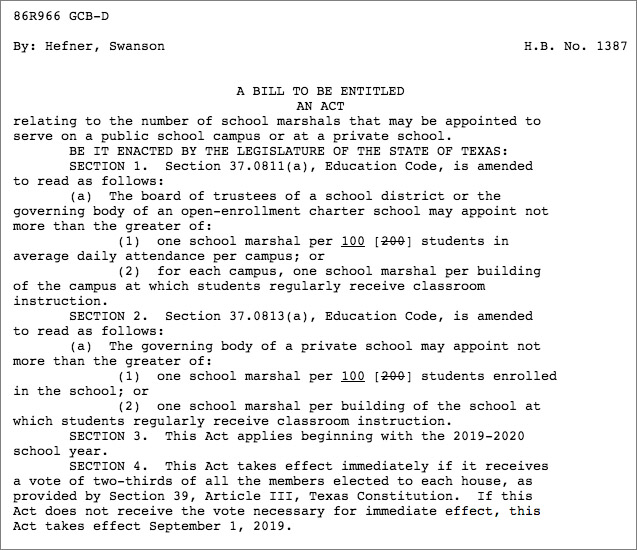 House Bill 2363: Allows foster parents to store firearms and ammunition together in a locked location. 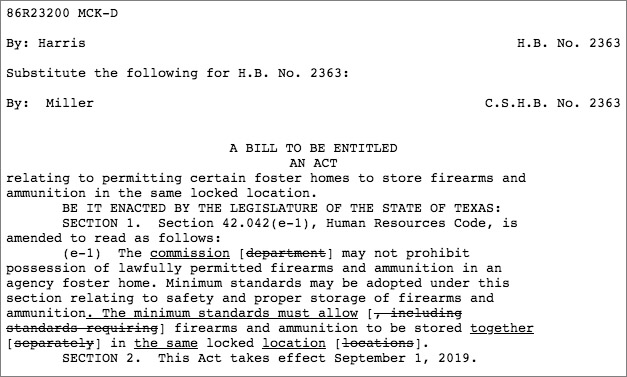 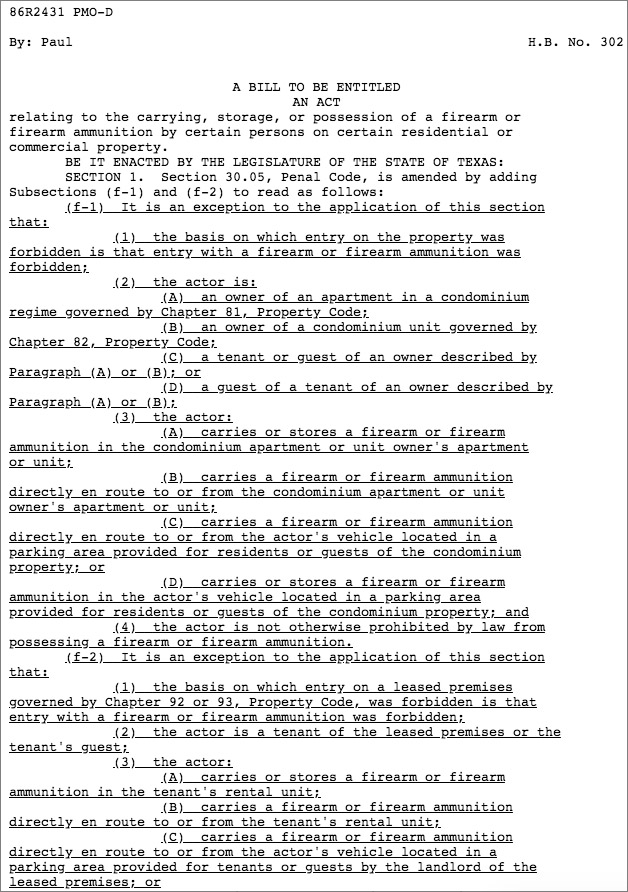 House Bill 535: Loosens laws that once prohibited citizens from carrying guns in churches, synagogues and other places of worship by taking them off a list of prohibited locations in the penal code where firearms are banned. Click the image to see the full bill. 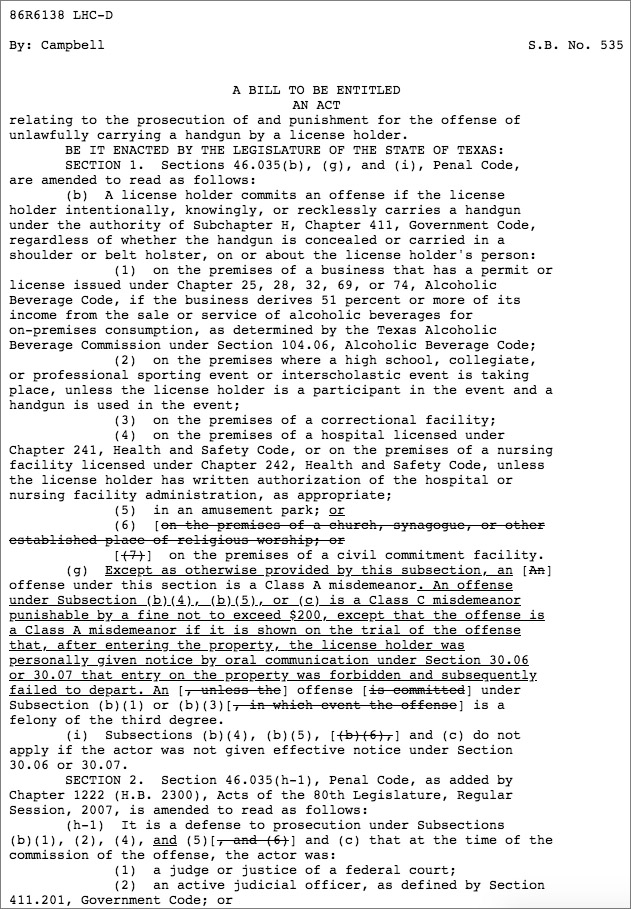 House Bill 1177: Prevents residents evacuating from a state or local disaster area from being charged with a crime for carrying their handguns. 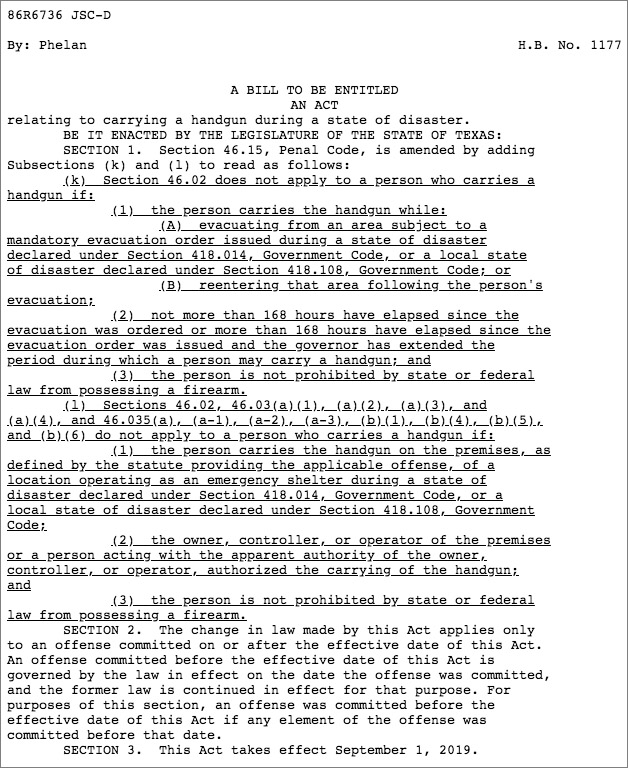 These laws are the appropriate response to the recent attacks in El Paso, Texas and Dayton, Ohio, but instead, the left is focused on more gun restrictions.

Sadly, these proposed restrictions don’t keep Americans safe but are about disarming the populace for political control.