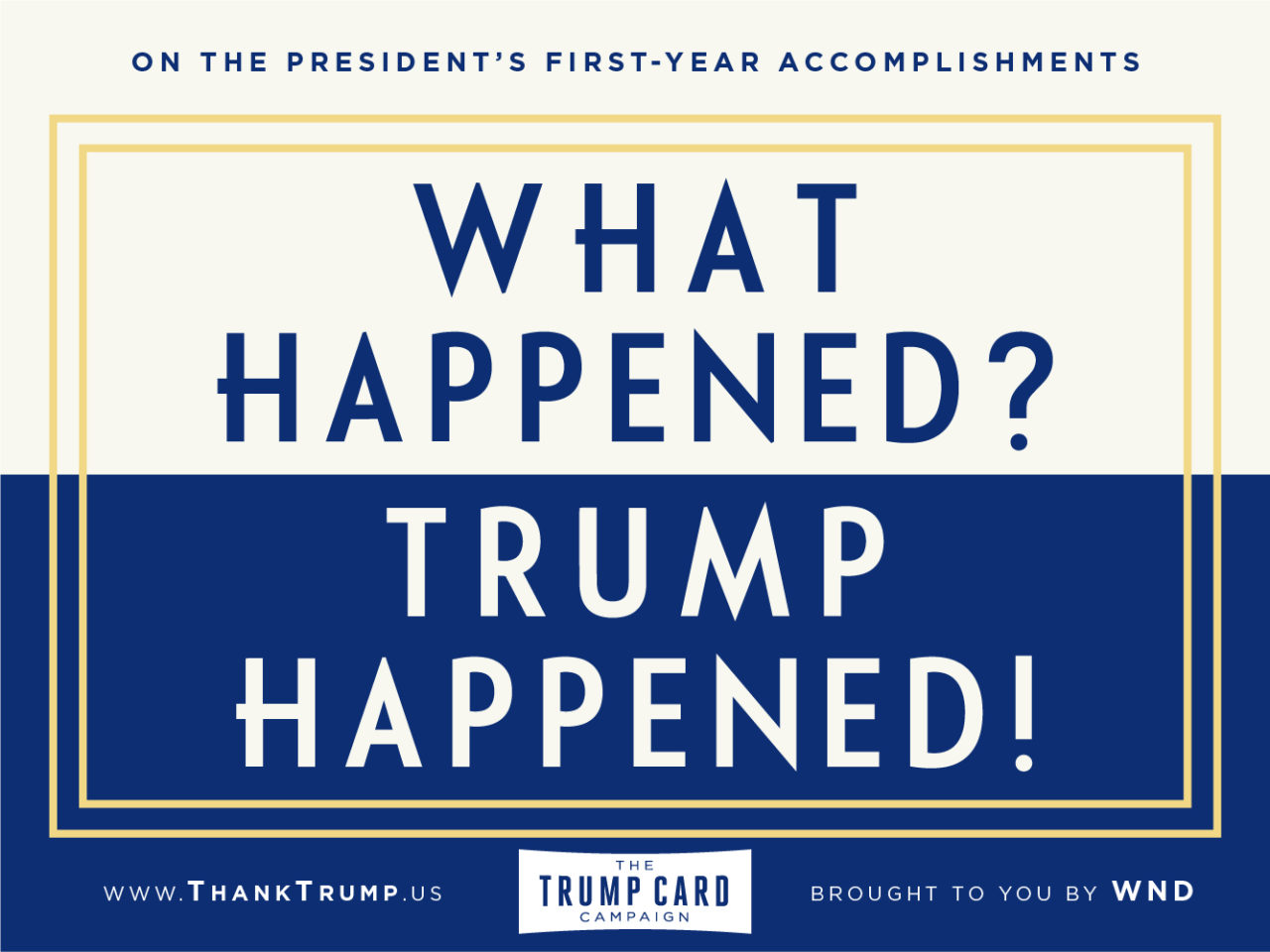 World Net Daily has launched a “Thank Trump Card Campaign” that allows Trump supporters to send a selection of e-cards to the White House to show appreciation for POTUS’ accomplishments one year into his presidency.

According to Breitbart, WND’s Joseph Farah said, “While there are always going to be some disappointments in the imperfect art of politics, the Trump White House has fulfilled dozens of campaign promises, changed the tone of Washington, reversed the headlong plunge into socialism and raised the spirits of Americans like no one since Ronald Reagan in 1981. Such an occasion should not go unnoticed or overshadowed by the angry and vitriolic response from his disgruntled opposition. It’s time for the president to hear from those who elected him – and those who have come around since Election Day.”

Farah wants to give Americans an opportunity to give the Trump presidency credit for succeeding “in the face of overwhelming political, cultural and spiritual opposition and for doing much of what it set out to do.”

Below are some of the cards available to send to Trump and you can send your own by clicking here. 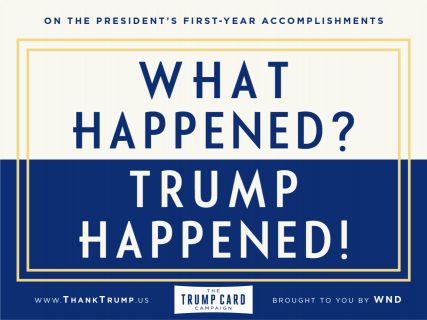 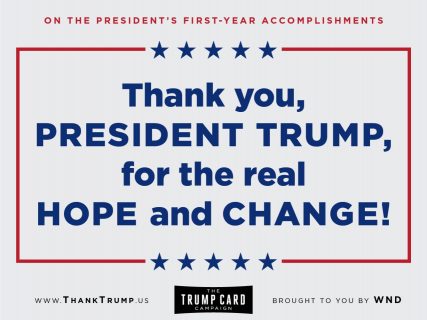 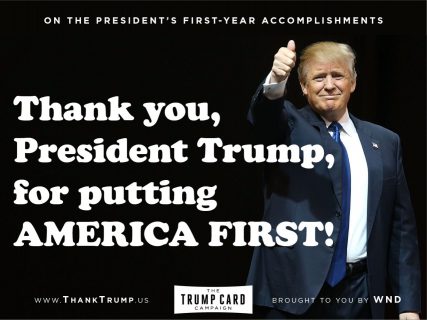 Sean Hannity and Laura Ingraham Tweeted out support for the campaign last week.

Express gratitude to president for 1st-year accomplishments https://t.co/iYx87dT8ns via @worldnetdaily

WND compiled an extensive list of Trump’s achievements during his first year to accompany the Thank Trump Campaign.