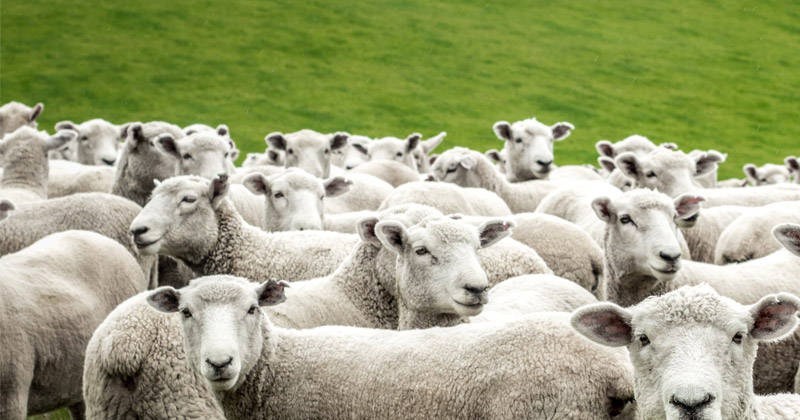 While some of America’s most demagogic politicians try to exploit the COVID-19 outbreak, some Americans are trying to make the most of their de facto state of house arrest.

Government-imposed lockdowns have resulted in the shutdown of a number of schools across the nation. During this period some schools have gone online, while others have closed up indefinitely. Society is conditioned to believe that children cannot possibly be able to receive an education under such circumstances. After all, education can only take place in a classroom, at least in the social planners’ view.

However, some families are daring to do the unthinkable by experimenting with homeschooling. Counter to the opportunistic political class, which views every crisis as a moment to undermine people’s liberties, a number of homeschooling proponents have flipped the script to promote homeschooling. What better time to do so, when most families are stuck at home and don’t even know when schools will open up again.

Even in times of uncertainty, people have repeatedly demonstrated a willingness to experiment and try different methods without the tutelage of central planners. Unfortunately, we live in a political culture in which voluntary alternatives to state-dominated institutions never show up on the chattering class’s radar. Public education happens to be one of the rituals in the American civic religion that one dares not question lest one is burned at the stake of public opinion.

When people start experimenting outside educational norms, ivory-tower elites feel almost obliged to nudge their disobedient subjects back to the government schooling plantation. Harvard Magazine had to make sure that the rubes did not stumble upon the benefits of homeschooling by publishing a piece skeptical of the practice. The article put particular emphasis on Elizabeth Bartholet’s perspective, the faculty director of Harvard Law School’s Child Advocacy Program, and her call for “a presumptive ban on the practice” in the Arizona Law Review. Bartholet invoked some of the most egregious forms of newspeak by suggesting that homeschooling is “essentially authoritarian control over their children from ages zero to 18.” In her ever so enlightened view, the very thought of homeschooling is “dangerous.”

There’s a lot to break down in Bartholet’s antihomeschooling screed, but let’s focus on her assertion that homeschooling is “authoritarian.” This notion is risible. Such claims don’t even pass a laugh test when considering that the majority of the curriculum in contemporary public schools puts forward progovernment narratives when it comes to taxation, social welfare programs, war, and every other pillar of the modern-day managerial state. Parents voluntarily making educational arrangements in their children’s best interests is the polar opposite of authoritarianism, unless the definition of the word changed in our sleep.

Also, what does Bartholet have to say about the current public education system taking children away from their parents and subjecting them to more than fifteen thousand hours of school time over their K–12 careers? Some politicians don’t even think this amount of time locked up in school is enough. For example, California senator Kamala Harris proposed extending the school day to ten hours. Curious minds would like to know what Bartholet thinks about Harris’s idea. I, for one, would not hold my breath at this point. For the high priests of public education, more time interacting with the state represents virtuous behavior, whereas unplugging from the public education grid is tantamount to heresy in the managerial priesthood’s view.

Academics such as Bartholet should spare us the sanctimonious hand wringing over the dangers of homeschooling. Bartholet is concerned that homeschooling is an impediment to a child’s right to a “meaningful education” and their right to “be protected from potential child abuse.”

As far as child abuse goes, I’d invite Bartholet to take a look at what’s taking place in America’s allegedly “safe” government schools. During the 2017–18 school year, approximately 962,300 violent incidents took place across the nation according to a study from the Institute of Education Studies. In this report, violent incidents consist of rape, other forms of sexual assault, robbery, physical attacks, and threats of physical attack.

Similarly, the Associated Press found approximately seventeen thousand cases of sexual assault committed by students from 2011–15. Moreover, the number observed in that period does not portray the full extent of the problem, because a significant number of sexual assaults are unreported. For example, some states don’t even track the stats, and those that do record have different standards for how they categorize sexual violence.

Although public schools may be “safe spaces” for politically correct curricula, they do not guarantee safe environments for students’ physical and mental health. According to a study from the US Department of Health and Human Services, 49 percent of school children in grades 4–12 reported being subjected to bullying by other students on a monthly basis, while 30.8 percent reported that they themselves engaged in bullying. How’s that for constructive socialization?

Allow me to come down somewhere in the middle: some children will require traditional schooling models, albeit in a privatized setting. On the other hand, other students will thrive in homeschooling environments. Markets serve to satisfy the demands of diverse sets of consumers, not the political desires of central planners. For the political left, who claim to be “pro-choice” and “diverse,” they sure love sticking to one-dimensional models for education. The idea of nonstate education is not a radical proposition.

Throughout American history, countless Americans have built parallel educational institutions without the central direction of the state. Americans have always found ways to get around government-imposed obstacles and will continue to do so despite the draconian measures that state governments have taken during the current pandemic.

American homeschooling has increased considerably in the last two decades despite the government barriers in place and the social pressure that naysayers exert to make sure America’s youth don’t veer away from the government schooling conveyor belt. According to the National Center for Education Statistics, the number of homeschooled students doubled from 850,000 in 1999 to 1,800,000 in 2012. Such numbers will likely grow as more families begin experimenting with education at home.

I tip my hat to the homeschoolers. They’re the ones who are engaging in revolutionary acts by categorically rejecting the public school industrial complex. Hopefully, more Americans learn about the benefits of homeschooling while government shutdowns continue and millions of Americans are kept under house arrest. As for Bartholet, she can continue decrying homeschooling all she wants. The good news is that markets don’t care about the opinions of ivory-tower elites. Regular people are the ones in charge, and they determine how services will be provided. As long as Bartholet’s idea of homeschooling prohibition does not become a political reality, she can continue yammering on about the supposed authoritarianism of homeschooling in the confines of her Ivy League pedestal for all I care.

Millions of homeschoolers and other Americans who opt for nonstate education programs will go on with their lives without having to worry about what some Harvard elite has to say about their educational choices. Once the pandemic subsides, we should start focusing more of our time on a different public health problem. That is government schooling. I’ll gladly support a permanent lockdown of government schools; that way, we can prevent the statist mind virus from spreading even further.