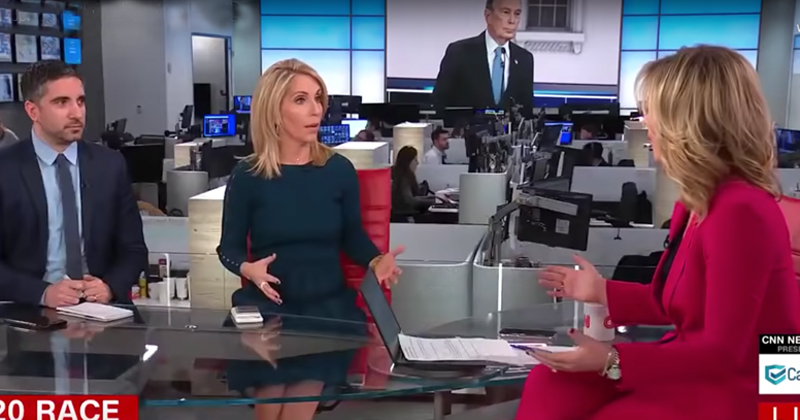 Crickets were not on the debate stage Wednesday night, cable news network CNN has confirmed.

After the Michael Bloomberg campaign released an ad featuring a clip from Wednesday night’s debate, in which “crickets” are heard when the former New York City mayor asks fellow candidates if any of them had ever started a business, cable news network CNN assured its audience the video was doctored.

“There is a video that his campaign tweeted this morning that didn’t happen. It is a deceptively edited video,” CNN host Dana Bash said, introducing the ad.

After the ad plays, Bash says, “Ok, that didn’t happen. He said those words. There was maybe a quick second when nobody kind of answered him and he moved on, saying, ‘Ok.'”

Bash went on to chastise the campaign for putting out the edited video, especially in the age of deep fakes, and claimed it weakened his messaging.

“And so his campaign is saying, ‘Come on, it was tongue in cheek,'” Bash said. “But in today’s day and age, when we are so concerned about things that are doctored, deep fakes on the internet, number 1. Number 2: his whole argument against Bernie Sanders was, ‘You’re acting like Donald Trump.'”

“So it makes it harder to take the arguments that he’s making seriously when he does something like this.”

This video from the Bloomberg campaign has been manipulated to show a long pause & cricket sounds when Bloomberg asks if other candidates have started a business.

Campaign spox tells NBC News, "It's tongue in cheek. There were obviously no crickets on the debate stage." https://t.co/C970p43kMj

Bloomberg was set upon by all sides during the debate Wednesday, a clear threat to his less wealthy Democrat opponents who are hemmoraging millions to keep up with him.

The claws were out last night during the Democrats 9th Presidential debate, featuring a new candidate, Mike Bloomberg. Here are a few of the highlights from the night if you didn’t get a chance to watch it live.