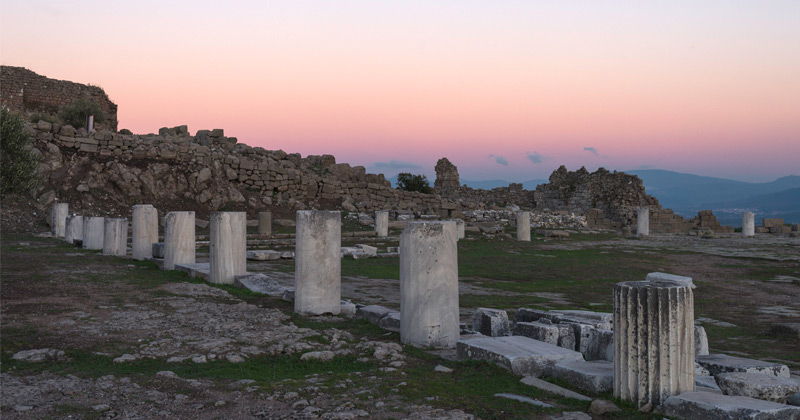 One common related criticism of the free market and free society (particularly among intellectuals who are conspicuously not craftsmen or peasants) is that, in contrast to the Happy Craftsmen and Happy Peasants of the Middle Ages, it has “alienated” man from his work and from his fellows and has robbed him of his “sense of belonging.”

The status society of the Middle Ages is looked back upon as a Golden Age, when everyone was sure of his station in life, when craftsmen made the whole shoe instead of just contributing to part of its production, and when these “whole” laborers were enmeshed in a sense of belonging with the rest of society.

In the first place, the society of the Middle Ages was not a secure one, not a fixed, unchanging hierarchy of status.1 There was little progress, but there was much change. Dwelling as they did in clusters of local self-sufficiency, marked by a low standard of living, the people were ever threatened by famine. And because of the relative absence of trade, a famine in one area could not be countered by purchasing food from another area. The absence of famine in capitalist society is not a providential coincidence. Secondly, because of the low living standards, very few members of the population were lucky enough to be born into the status of the Happy Craftsman, who could be really happy and secure in his work only if he were a craftsman to the King or the nobility (who, of course, earned their high status by the decidedly “unhappy” practice of permanent violence in domination over the mass of the exploited population). As for the common serf, one wonders whether, in his poverty-stricken, enslaved, and barren existence, he had even sufficient time and leisure to contemplate the supposed joys of his fixed post and his “sense of belonging.” And if there were a serf or two who did not wish to “belong” to his lord or master, that “belonging,” of course, was enforced by violence.

Aside from these considerations, there is another problem which the society of status cannot surmount, and which indeed contributed a great deal to breaking up the feudal and mercantilist structures of the precapitalistic era. This was population growth. If everyone is assigned his appointed and inherited role in life, how can an increased population be fitted into the scheme? Where are they to be assigned, and who is to do the assigning? And wherever they are allocated, how can these new people be prevented from disrupting the whole assigned network of custom and status? In short, it is precisely in the fixed, noncapitalistic society of status that the Malthusian problem is ever present, at its ugliest, and where Malthusian “checks” to population must come into play. Sometimes the check is the natural one of famine and plague; in other societies, systematic infanticide is practiced. Perhaps if there were a modern return to the society of status, compulsory birth control would be the rule (a not impossible prognosis for the future). But in precapitalist Europe, the population problem became a problem of an ever increasing number of people with no work to do and no place to go, who therefore had to turn to begging or highway robbery.

The proponents of the theory of modern “alienation” do not offer any reasoning to back up their assertions, which are therefore simply dogmatic myths. Certainly, it is not self-evident that the craftsman, or better still, the primitive man who made everything that he consumed, was in some sense happier or “more whole” as a result of this experience. Although this is not a treatise on psychology, it might be noted that perhaps what gives the worker his sense of importance is his participation in what Isabel Paterson has called the “circuit of production.” In free-market capitalism he can, of course, participate in that circuit in many more and varied ways than he could in the more primitive status society.

Furthermore, the status society is a tragic waste of potential skill for the individual worker. There is, after all, no reason why the son of a carpenter should be particularly interested or skilled in carpentry. In the status society he faces only a dreary life of carpentry, regardless of his desires. In the free-market, capitalist society, though he is of course not guaranteed that he will be able to make a livelihood in any line of work that he wants to pursue, his opportunities to do work that he really likes are immeasurably, almost infinitely, expanded. As the division of labor expands, there are more and more varieties of skilled occupations that he can engage in, instead of having to be content with only the most primitive skills. And in the free society he is free to try these tasks, free to move into whatever area he likes best. He has no freedom and no opportunity in the allegedly joyful society of status. Just as free capitalism enormously expanded the amount and variety of consumers’ goods and services available to mankind, so it vastly expanded the number and variety of jobs to be done and the skills that people can develop.

The hullabaloo about “alienation” is, in fact, more than a glorification of the medieval craftsman. He, after all, bought his food from the nearby land. It is actually an attack on the whole concept of the division of labor and an enshrining of primitive self-sufficiency. A return to such conditions could mean only the eradication of the bulk of today’s population and complete impoverishment for those remaining. Why “happiness” would nonetheless increase, we leave to the mythologists of status.

But there is one final consideration which indicates that the vast majority of the people do not believe that they need primitive conditions and the slave’s sense of belonging to make them happy. For there is nothing, in a free society, to prevent those who wish from going off in separate communities and living primitively and “belongingly.” No one is forced to join the specialized division of labor. Not only has almost no one abandoned modern society to return to a happy, integrated life of fixed poverty, but those few intellectuals who did form communal Utopias of one sort or another during the nineteenth century abandoned these attempts very quickly. And perhaps the most conspicuous nonwithdrawers from society are those very critics who use our modern “alienated” mass communications to denounce modern society. As we indicated at the end of the last section, a free society permits any who wish to enslave themselves to others to do so. But if they have a psychological need for a slave’s “sense of belonging,” why must other individuals without such a need be coerced into enslavement?

Alex Jones looks at the viral video on Beto O’Rourke laughing during the news of the El Paso WalMart Shooting.