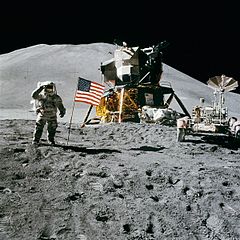 The AwE130 investigations showed within no time one after the other mistake in the ALSJ this resulted in one after the other correction plus credits. The contact we had with Eric Jones was for few months. Until we confronted the chief editor with questions he had no answers for any more. The chief editor tried everything to make us say the wrong thing, a common game in the Apollo moon landing debate. AwE130 did not reacted on it and we kept focused on the problem solutions for the problems found in the ALSJ record. It became clear to us that Eric Jones who became at times very personal was not interested in the truth. AwE130 told him if he had a problem to communicate with us, he should just tell us not to contact him any more and that there was no reason to get personal. The following email is one of the last communications we had with Eric Jones and it confirms that the ALSJ chief editor has no intentions to debate the Apollo moon landings in a open and honst debate. We only blocked out the email addresses.

I didn’t actually mean you. So far, you’re the most rational hoax believer I’ve encountered. Moving the image to the artistic section is a good idea and will be done, with proper credit to you.

I gather from Ed that at least some hoax believers use his assembly as evidence that the missions have been faked. They can believe what they like; and I can choose to ignore them.

I do think it is time to end this correspondence. I do appreciate the questions that have made me think. However, I realize now that our correspondence has the potential of dragging me into the debate, despite your best intentions.

Wishing you all the best,

The Chinese moon lander has shown us images from the moon that look nothing like the Apollo images. The first Chinese image from the moon are real, for the simple reason that if the Chinese would had faked the images they would had made the images look like the Apollo images. Why would the Chinese fake images from the moon and make them look different from the world wide excepted “real” Apollo images. The Chinese images have convinced AwE130 that that Apollo images are faked. That is why we after many years of investigation fully support the Apollo moon hoax theory now. The debate is on with or without Eric Jones, he will be in shock and AwE130 in 2014, we will use different websites and forums to release our information. AwE130 also calls up to the ALSJ whistle-blowers how have informed us over the years to step forward and to speak out. AwE130 a journey towards the truth for all mankind.
Source Article: http://www.awe130.com/index.php/the-latest-news/199