Today, we Afghans remain trapped between two enemies: the Taliban on one side and US/NATO forces and their warlord hirelings on the other.” Malalai Joya, “A Woman Among the Warlords” Scribner Publishing, New York

The Bush administration never had any intention of liberating Afghanistan or establishing democracy. The real aim was to remove the politically-intractable Taliban and replace them with a puppet regime run by a former-CIA asset. The rest of Afghanistan would be parceled-off to the warlords who assisted in the invasion and who had agreed to do much of the United States dirty-work on the ground. In the eight years of military occupation which followed, that basic strategy has never changed. The U.S. is just as committed now as it was at the war’s inception to establish a beachhead in Central Asia to oversee the growth of China, to execute disruptive/covert operations against Russia, to control vital pipeline routes from the Caspian Basin, and to maintain a heavy military presence in the most critical geopolitical area in the world today.

The objectives were briefly stated in a recent counterpunch article by Tariq Ali:

“It’s now obvious to everyone that this is not a ‘good’ war designed to eliminate the opium trade, discrimination against women and everything bad – apart from poverty, of course. So what is Nato doing in Afghanistan? Has this become a war to save Nato as an institution? Or is it more strategic, as was suggested in the spring 2005 issue of Nato Review:

The centre of gravity of power on this planet is moving inexorably eastward … The Asia-Pacific region brings much that is dynamic and positive to this world, but as yet the rapid change therein is neither stable nor embedded in stable institutions. Until this is achieved, it is the strategic responsibility of Europeans and North Americans, and the institutions they have built, to lead the way … security effectiveness in such a world is impossible without both legitimacy and capability.” (“Short Cuts in Afghanistan”, Tariq Ali, counterpunch)

President Barak Obama’s speech at West Point was merely a reiteration of US original commitment to strengthen the loose confederation of warlords–many of who are either in the Afghan Parliament or hold high political office–to pacify nationalist elements, and to expand the war into Pakistan. Obama is just a cog in a much larger imperial wheel which moves forward with or without his impressive oratory skills. So far, he has been much more successful in concealing the real motives behind military escalation than his predecessor George W. Bush. It’s doubtful that Obama could stop current operations even if he wanted to, and there is no evidence that he wants to.

The Pentagon has settled on a new counterinsurgency doctrine (COIN) which it intends to implement in Afghanistan. The program will integrate psyops, special forces, NGOs, psychologists, media, anthropologists, humanitarian agencies, public relations, reconstruction, and conventional forces to rout the Taliban, assert control over the South and the tribal areas, and to quash any indigenous resistance. Clandestine activity and unmanned drone attacks will increase, while a “civilian surge” will be launched to try to win hearts and minds in the densely populated areas. Militarily, the goal is to pit one ethnicity against the other, to incite civil war, and to split the country in smaller units that can be controlled by warlords working with Washington. Where agricultural specialists, educators, engineers, lawyers, relief agencies and NGOs can be used, they will be. Where results depend on the application of extreme violence; it will also be…unsparingly. This is the plan going forward, a plan designed for conquest, subjugation and resource-stripping. Here is an excerpt from Zoltan Grossman’s article in counterpunch “Afghanistan: The Roach Motel of Empires” which details the balkenization strategy:

[efoods]”We are arming and financing the same vicious men (the Northern Alliance) who brought fundamentalism to Kabul in the first place….Like the Soviets, the Americans do not understand that the insurgency is driven not only by Islamist fundamentalism, but also by ethnic nationalism. In the case of the Taliban, they are representing the grievances of the Pashtuns who have seen the artificial colonial “Durand Line” divide their homeland between Afghanistan and Pakistan. The best way to defuse the Taliban is to recognize the legitimacy of this historical grievance, and incorporate Pashtun civil society into both governments.

But instead of unifying the different ethnic regions of Afghanistan, the NATO occupation seems headed more toward a de facto partition of these regions. The foreign policy team that President Obama has assembled includes some of the same figures who advocated the ethnic-sectarian partition of Yugoslavia and Iraq. Obama’s Special Envoy to Af-Pak, Richard Holbrooke, authored the agreement that partioned Bosnia into Serb and Muslim-Croat republics in 1995, in effect rubberstamping the ethnic cleansing that had forcibly removed populations during a three-year civil war. He also turned a blind eye when Serb civilians were expelled from Croatia the same year, and from Kosovo in 1999.

President Karzai recently instituted a series of laws on women in Shia communities, causing an outcry from women’s rights groups. Hardly unnoticed was his application of different legal standards to different sectarian territories—a sign of de facto (informal) partition. Various “peace” proposals have advocated ceding control of some Pashtun provinces to the Taliban. Far from bringing peace, such an ethnic-sectarian partition would exacerbate the violent “cleansing” of mixed territories to drive out those civilians who are not of the dominant group—the process that brought the “peace of the graveyard” to Bosnia, Kosovo, and much of Iraq.” ( Zoltan Grossman, “Afghanistan: The Roach Motel of Empires” counterpunch)

If Grossman is correct, than Obama’s professed commitment to Afghan liberation merely masks a vicious counterinsurgency strategy that will ethnically cleanse areas in the south while driving tens of thousands of innocent people from their homes. This is essentially what took place in Baghdad during the so-called “surge”; over a million Sunnis were forced from the city by death squads and Shia militia under the watchful eye of US troops. US counterinsurgency wunderkind Gen Stanley McChrystal played a pivotal role in pacifying Iraq, which is why he was chosen by Obama to oversee military operations in Afghanistan. Here’s a clip from an article by Ulrich Rippert “Europe backs Afghanistan strategy aimed at “regionalization”’ on the World Socialist Web Site which provides more details on the plan to Balkenize Afghanistan:

“During his inaugural visit to Washington, new German defense secretary, Karl Theodor zu Guttenberg said it was necessary to put aside “the romantic idea of democratization of the whole country along the lines of the western model” and instead “transfer control of individual provinces step by step to the Afghan security forces.”

The new strategy of “regionalization” is aimed at dividing Afghanistan into individual cantons—in a similar manner to what took place in Lebanon and the former Yugoslavia. Up to now the US-NATO occupation supported the government of Hamid Karzai and sold the process to the public as “democratization”. However, occupation forces are moving increasingly to hand over power directly to regional warlords and their militias—on the assumption that such regional forces will follow the orders of their imperial masters. As soon as there is no more danger in a specific province, Guttenberg declared, then the international troops should be withdrawn from that area.” (Ulrich Rippert “Europe backs Afghanistan strategy aimed at “regionalization”’, World Socialist Web Site)

Obama’s escalation is not aimed at strengthening democracy, liberating women or bringing an end to the brutal, misogynist rule of religious fanatics. It is pure, unalloyed imperial politics, the rearranging of the map and its people to serve Washington’s interests. As journalist Alex Lantier notes on the World Socialist Web Site, the plan does not end with Afghanistan, but stretches across the globe. The hard-right policymakers behind Obama, still have not abandoned their dream of global rule. Here’s an excerpt:

“As Obama indicated elsewhere in his speech, this escalation is one step in plans for even broader wars. “The struggle against violent extremism will not be finished quickly,” he said, “and it extends well beyond Afghanistan and Pakistan.” Mentioning Somalia and Yemen as potential targets, he added, “our effort will involve disorderly regions and diffuse enemies.”

The inclusion of this passage made clear that Obama was basing his Afghan policy on a report issued last month by Anthony Cordesman of the influential Center for Strategic and International Studies (CSIS). Cordesman wrote: “The President must be frank about the fact that any form of victory in Afghanistan and Pakistan will be part of a much wider and longer struggle. He must make it clear that the ideological, demographic, governance, economic, and other pressures that divide the Islamic world mean the world will face threats in many other nations that will endure indefinitely into the future. He should mention the risks in Yemen and Somalia, make it clear that the Iraq war is not over, and warn that we will still face both a domestic threat and a combination of insurgency and terrorism that will continue to extend from Morocco to the Philippines, and from Central Asia deep into Africa, regardless of how well we do in Afghanistan and Pakistan.”

He added: “…the present level of US, allied, Afghan and Pakistani casualties will almost certainly double and probably more than triple before something approaching victory is won.” (Alex Lantier “Obama’s speech on Afghanistan: A compendium of lies” World Socialist web Site)

In the years ahead, we can expect to see relief and reconstruction efforts stepped up to provide security in the heavily-populated areas while the war in the south is expanded and intensified. Tajiks and Uzbeks, in the Afghan military will be enlisted to fight or expel their Pashtun countrymen, while warlords, druglords and human rights abusers are handed over large swathes of the countryside. 30,000 more troops is not enough to lock-down all of Afghanistan, but it may be enough to force hundreds of thousands of people into regional bantustans where they can be controlled by bloodthirsty chieftains, the very same men who leveled Kabul on April 28, 1992, killing 80,000 Afghan civilians. This is Obama’s plan for Afghanistan, a carbon-copy of George Bush’s. 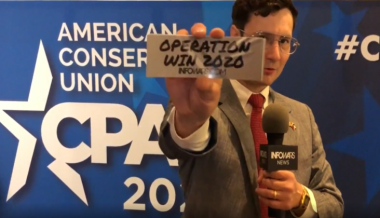