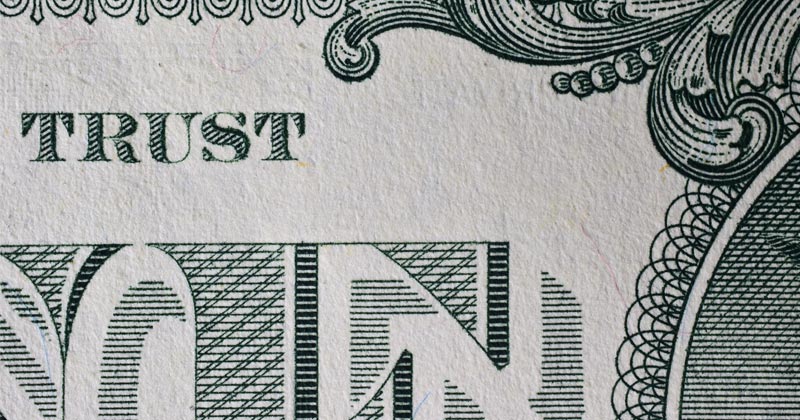 The global economy is heading towards a “liquidity trap” that could undermine central banks’ efforts to avoid a future recession according to Mark Carney, governor of the Bank of England.

In a wide-ranging interview with the Financial Times (January 8, 2020), the outgoing governor warned that central banks were running out of ammunition to combat a downturn:

If there were to be a deeper downturn, more than a conventional recession, then it’s not clear that monetary policy would have sufficient space.

He is of the view that aggressive monetary and fiscal policies will be required to lift the aggregate demand.

What Is a Liquidity Trap?

Recessions, according to Keynes, are a response to the fact that consumers — for some psychological reasons — have decided to cut down on their expenditure and raise their savings.

For instance, if for some reason people become less confident about the future, they will cut back their outlays and hoard more money. When an individual spends less, this will supposedly worsen the situation of some other individual, who in turn will cut their spending. A vicious cycle sets in. The decline in people’s confidence causes them to spend less and to hoard more money. This lowers economic activity further, causing people to hoard even more, etc.

Following this logic, in order to prevent a recession from getting out of hand, the central bank must lift the growth rate of the money supply and aggressively lower interest rates. Once consumers have more money in their pockets, their confidence will increase, and they will start spending again, reestablishing the circular flow of money, so it is held.

In his writings, however, Keynes suggested that a situation could emerge when an aggressive lowering of interest rates by the central bank would bring rates to such a level from which they would not fall further. As a result, the central bank would not be able to revive the economy. This, according to Keynes, could occur because people might adopt the view that interest rates have bottomed out and that rates should subsequently rise, leading to capital losses on bond holdings.

As a result, people’s demand for money will become extremely high, implying that people would hoard money and refuse to spend it no matter how much the central bank tries to expand the money supply. As Keynes wrote,

Keynes suggested that once a low–interest rate policy becomes ineffective, authorities should step in and spend. The spending can be on all sorts of projects — what matters here is that a lot of money must be pumped to boost consumers’ confidence. With a higher level of confidence, consumers will lower their savings and raise their expenditure, thereby reestablishing the circular flow of money.

Is There Too Little Spending?

In the Keynesian framework, the ever-expanding monetary flow is the key to economic prosperity. What drives economic growth is monetary expenditure, and when people spend more of their money, it implies that they save less.

Conversely, when people reduce their monetary spending in the Keynesian framework, it is viewed as a sign of increased saving. In this way of thinking, saving is considered bad news for the economy — the more people save, the worse things become. (The liquidity trap comes from too much saving and a lack of spending, so it is held.)

Observe, however, that people do not pay with money but rather with the goods that they have produced. The chief role of money is as a medium of exchange. Hence, the demand for goods is constrained by the production of goods, not the amount of money. (The role of money is to facilitate the exchange of goods.)

Obviously, this is not a realistic scenario, given the fact that people require goods to support their lives and well-being. People demand money not merely in order to accumulate it but to employ it in exchange.

What permits the increase in the pool of real savings is the increase in capital goods. With more capital goods, i.e., tools and machinery, workers’ ability to produce more goods and of an improved quality is likely to increase. The state of the demand for money cannot alter the amount of final consumer goods produced — only the expansion in the pool of real savings can boost the production of these goods.

Likewise, an increase in the supply of money does not have any power to grow the real economy.

Contrary to popular thinking, a liquidity trap does not emerge in response to a massive increase in consumers’ demand for money but comes as a result of very loose monetary and fiscal policies, which inflict severe damage to the pool of real savings.

The Liquidity Trap and the Shrinking Pool of Real Savings

According to Mises in Human Action,

The sine qua non of any lengthening of the process of production adopted is saving, i.e., an excess of current production over current consumption. Saving is the first step on the way toward improvement of material well-being and toward every further progress on this way.

As long as the growth rate of the pool of real savings stays positive, productive and nonproductive activities can be sustained.

Trouble erupts, however, when, on account of loose monetary and fiscal policies, a structure of production emerges that ties up much more consumer goods than it releases. That is, the consumption of final goods exceeds the production of these goods. The excessive consumption relative to production of consumer goods leads to a decline in the pool of real savings. This in turn weakens the support for individuals that are employed in the various stages of the production structure, resulting in the economy plunging into a slump.

The shrinking pool of real savings exposes the erroneous nature of the commonly accepted view that loose monetary and fiscal policies can grow an economy. The fact that central bank policies become ineffective in reviving the economy is due not to a liquidity trap, but to the decline in the pool of real savings. This decline emerges due to loose monetary and fiscal policies. To stave off personal bankruptcy, individuals are likely to increase their holdings of money — cash becomes king in such a situation.

The ineffectiveness of loose monetary and fiscal policies to generate the illusion that the central authorities can grow an economy has nothing to do with a liquidity trap. The policy ineffectiveness is always relevant whenever the central authorities are attempting to “grow an economy.” The only reason why it appears that these policies “work” is because the pool of real savings is still expanding.

A dental assistant said she was fired for her political views, particularly for supporting President Trump.