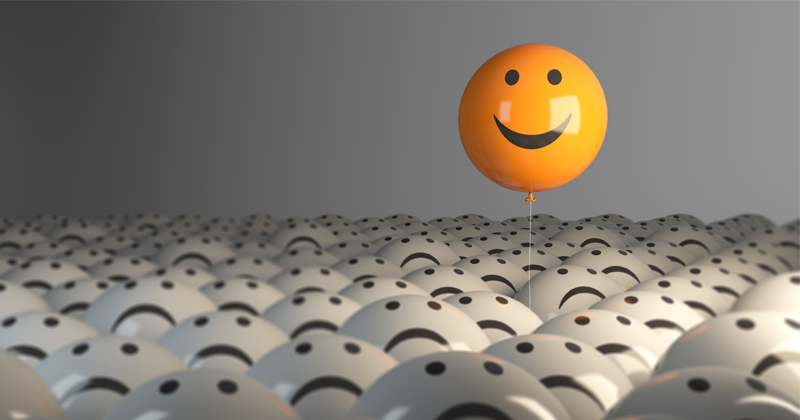 In this time of crisis, many exclaim how impressed they are by the “swift and decisive” actions by the Chinese regime.

Instead of recognizing the abhorrent disrespect for human life, the Chinese response is put forth as an exemplar for combatting a pandemic.

These hailers conveniently forget the many weeks of silencing and censorship that preceded the brutal shutting down of the city of Wuhan and the whole Hubei province. They also turn a blind eye to the nature of hierarchy and bureaucracy, pretending what is needed to choose proper action is simply power and that access to accurate, reliable information is of little concern.

The calls for a strongman solution are misguided at best, but have been used to paint the picture of freedom as being impotent. As per the strongman delusion, libertarianism would seem to lack exactly what is needed for “swiftly and decisively” dealing with a pandemic—centralized power.

A Free Society Is Not a Free-for-All

But those are, in fact, two extremes neither of which applies in a libertarian society. The former extreme is based on centralized authoritarian power over people’s lives and property, which is rather obviously incompatible with freedom. This is, of course, the strongman critique of freedom: its lack of such power.

But the same is true also for the latter extreme, which presumes that any society has significant public property and limitations to the rights of owners of private property. Neither could be the case in a libertarian society. Under private property, you do not automatically have the right to enter someone’s store or walk on their sidewalk just like you don’t have a right to enter their home as you see fit. While you are typically welcome to enter a store – the store owner wants you to consider purchasing their goods for sale—your entry is on their terms.

As they are in control, they are also responsible for what they allow to happen. This is why even today private stores and malls, just like private communities, typically have their own security (despite the state police monopoly). They are liable if they welcome anyone without restrictions, and thereby subject others to potential harm. This includes welcoming without restrictions carriers of a deadly virus.

We saw this oft-overlooked fact in action, to a limited extent, as airlines suspended flights to affected areas before being grounded by government decree. Why? Because they do not want to risk the health of their employees and customers—for which they would be held liable. In a libertarian society, there is no right to use another’s property but also no limitation to the owner’s responsibility for what happens with their (explicit or implicit) approval.

This is, of course, not a perfect solution that completely does away with all problems, including detaining a virus before it starts to spread. But there are no perfect solutions. The point is that a libertarian society is not like the status quo plus or minus some regulation or state agency. The libertarian ‘normal’ is very different from what we have gotten used to under the state.

The fact is neither of the extremes assumed by strongman proponents applies in a free society. Yes, it would lack authoritarian power, but it is also not a free-for-all where everyone’s wish somehow trumps property rights.

The Problem with One-Size-Fits-All

But surely the lack of authoritarian power must mean freedom is impotent in dealing with large threats? No, this is another strongman illusion that does not actually follow. It simply isn’t the case that centralization is a solution. To instate a central power means adopting a one-size-fits-all approach, but there are more problems of centralization: it makes us more vulnerable and our responses less appropriate.

Most would agree that a one-size-fits-all approach would in fact be a good fit for very few, just like a one-size sweater would be a poor fit on practically everyone wearing it. Conditions are different in different places, which means each place would have a different best response.

We actually saw this in the coronavirus outbreak, where governors adopted different policies for their respective states. It makes sense for them to do this, because the states are very different and were also differently affected by the virus. While far from perfect, this shows that even career politicians recognize that a centralized solution isn’t appropriate. If they truly believed in one-size-fits-all they would have adopted the same policy. But they didn’t, because the situations were different.

Information about what works and what doesn’t, and important differences between locales and populations, is lost as information is aggregated and statistics are produced to guide centralized decisions. This is Hayek’s famous argument about the dispersed, tacit knowledge that guides our actions but cannot guide the central planner.

But a centralized solution also makes us more vulnerable. An example might illustrate this. Consider the difference between a structured, centralized national defense and an armed populace. Switzerland is the popular example of the latter, but this is not a unique idea. For examples, Sweden’s defense comprises both a traditionally structured military and the Home Guard. While you can rather easily cripple the military by taking out a couple of their bases, the decentralized and dispersed forces of the Home Guard are almost impossible to wipe out.

What does this have to do with a virus pandemic? It illustrates the false promises of centralization, which is a costly and inadequate solution that in fact makes a society more vulnerable. The same argument applies whether it is the national defense, centralized education, or the monopoly of the CDC. A centralized command structure offers only a false sense of security.

Libertarian society is exactly the decentralized structure that our present society is lacking. Rather than a pyramid with information selected and repackaged on its way up and orders issued from the top, it would be a collaborative network of individuals and neighborhoods. A neighborhood affected by an outbreak could quickly and easily choose to contain the virus, perhaps in collaboration with adjacent neighborhoods. Others could choose to temporarily quarantine themselves to not get infected.

There would also be little reason for them to not share information. While the Chinese apparently believed they didn’t have to do anything, other than silencing whistleblowers, a government is typically not held responsible for its failures. It’s the other way around: a government agency that fails in its task is not punished, but instead offered larger budgets and more discretion.

In rather stark contrast, a libertarian neighborhood that chooses to suppress vital information about an outbreak could (and would) be held liable for the harm caused to others. They face the same mechanism as the private store owner, who would be liable if s/he welcomes those knowingly carrying a virus to enter the premises and infect other customers. It is thus in their interest not to hide the fact, as is the government modus operandi, but to share the information and get in front of the problem.

None of what is appropriate action during an outbreak or pandemic requires central command. The downsides of centralization in fact make matters worse and is what made us vulnerable to begin with. The many calls for increased centralization, and their outright dismissal of libertarianism and freedom as “impotent,” are fundamentally confused. Rather than being reasonable and rational, these outcries are emotional and contrary to fact. They are but symptoms of the strongman ideology.