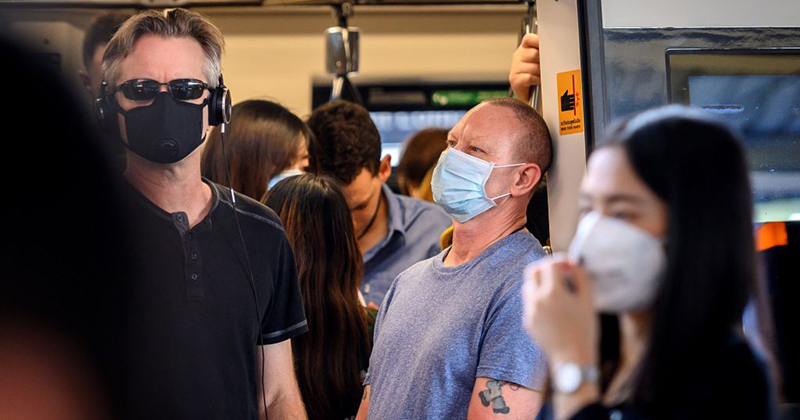 Authored by Ryan McMaken via The Mises Institute,

Governments throughout the world and across the US justified extreme, draconian, undemocratic, and unconstitutional (in most US states) “lockdown” and stay-at-home orders on the grounds that the COVID-19 virus was exceptionally fatal.

In March, the World Health Organization (WHO) was claiming that the fatality rate was a very high 3.4 percent.

Yet as time went on, it became increasingly clear that such high estimates were essentially meaningless because researchers had no idea how many people were actually infected with the disease. Tests were largely being conducted on those with symptoms serious enough to end up in emergency rooms or doctor’s offices.

Now, the Centers for Disease Control and Prevention (CDC) has released new estimates suggesting that the real fatality rate is around 0.26 percent.

Specifically, the report concludes that the “symptomatic case fatality ratio” is 0.4 percent. But that’s just symptomatic cases. In the same report, the CDC also claims that 35 percent of all cases are asymptomatic.

The agency offered a “current best estimate” of 0.4 percent. The agency also gave a best estimate that 35 percent of people infected never develop symptoms. Those numbers when put together would produce an infection fatality rate of 0.26, which is lower than many of the estimates produced by scientists and modelers to date.”

Of course, not all scientists have been wrong on this. Back in March, Stanford scientist John Ioannidis was much, much closer to the CDC’s estimate than the WHO. The Wall Street Journal noted in April:

In a March article for Stat News, Dr. Ioannidis argued that Covid-19 is far less deadly than modelers were assuming. He considered the experience of the Diamond Princess cruise ship, which was quarantined Feb. 4 in Japan. Nine of 700 infected passengers and crew died. Based on the demographics of the ship’s population, Dr. Ioannidis estimated that the U.S. fatality rate could be as low as 0.025% to 0.625% and put the upper bound at 0.05% to 1%—comparable to that of seasonal flu.

Not that this will settle the matter.

Proponents of destroying human rights and the rule of law in order to carry out lockdowns will continue to insist that “we didn’t know” what the fatality rate was back in March. The lack of evidence, however, didn’t stop proponents of lockdowns from implementing policies that destroyed the ability of families to earn a living, and which also created social conditions that caused child abuse and suicides to spike.

But for more sane people, extraordinary claims require extraordinary evidence. Those who have claimed that lockdowns are “the only option” had virtually no evidence at all to support their position. Indeed, such extreme over-the-top measures such as the general lockdowns required an extreme level of high-quality, nearly irrefutable evidence that lockdowns would work and were necessary in the face of a disease with an extremely high fatality rate. But the only “data” the prolockdown people could offer was speculation and hyperbolic predictions of bodies piling up in the streets.

But that became politically unimportant.

The people who wanted lockdowns had gained the obeisance of powerful people in government institutions and in the media. So actual data, science, or respect for human rights suddenly became meaningless. All that mattered was getting those lockdowns. So the lockdown crowd destroyed the lives of millions in the developed world—and more than a hundred million in the developing world—to satisfy the hunches of a tiny handful of politicians and technocrats.