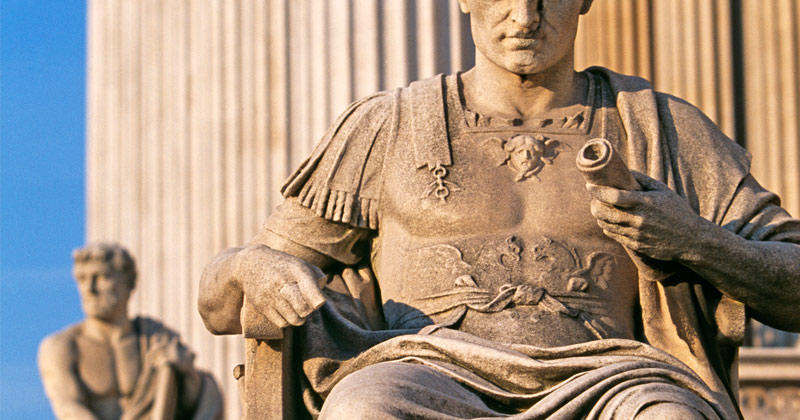 Years ago, Leonard Read came up with a fine analogy for understanding what citizens want government to do for them. Now, it also provides insight into the current COVID circus.

Read’s analogy arises from the fact that since government has no resources that it does not extract from its citizenry, it can only benefit all citizens when it can make more efficient use of resources than they can. Consequently, we must ask where government has a comparative advantage over voluntary organizations.

The answer is coercion. In our mutually agreed arrangements, we cannot coerce others. That is why some define government as the entity generally agreed to have a monopoly over coercion.

Then the question becomes, When does government’s ability to coerce improve the well-being of its citizens? One way is using that power to ensure that people live up to their voluntary contracts. That is an example of what Hayek once termed “planning for competition,” which enables voluntary market arrangements to work more effectively (by creating a more efficient legal system), in contrast to the “planning against competition” known as central planning.

However, beyond enabling competition to work better, we must ask when government’s coercive power improves citizens’ well-being. Experience tells us the answer is seldom. Would you be better off if someone else could dictate to you how to dress, what to eat, where to live, what employment to choose, how long to work at that employment, and almost innumerable other things? Did you answer yes to any of those applications of coercion? I doubt it. Of course, if you plan to be the one choosing for others, your answer may differ.

Leonard Read asked us to think about this question in terms of a clenched fist: “Symbolize this physical force by the clenched fist. Find out what the fist can and cannot do and you will know what government should and should not do.”

What can you do more effectively by making your hands into fists? Not much. Mainly you lose the ability to do productive things. With your hands in fists, you cannot use your computer or smartphone effectively, type your magnum opus, perform your music, paint your Mona Lisa, manufacture something (maybe even something considered essential), safely drive a vehicle, play most sports (although boxing and soccer get exemptions), shake hands, give a blessing, sign contracts, and much more. Keeping your hands in fists undermines all these capabilities. But making fists can enforce your decisions on those who would choose differently.

As mentioned above, enforcing contracts is a positive aspect of this, because the better agreements are lived up to, the better social coordination via markets works. More generally, Read argued that the answer to “What should the government fist restrain and penalize?” was “fraud, violence, misrepresentations, stealing, predations, killing—that is, all destructive activities.” But we must remember that “the fist, this physical force…cannot create.”

We all gain from the government’s fist restraining destructive acts. But that fist does not create the ideas and innovations that improve people’s lives. So as government expands beyond restraining destructive acts, it increasingly contracts its citizens’ sphere of creative action. Fewer useful new ideas will be imagined and implemented. And in the process, liberty—both a means to valuable ends and itself an extremely valuable end—is contracted, as well.

The application of the fist analogy to the COVID crisis is instructive. Did governments throughout the country use their coercive power solely to restrain destructive acts? No. They used their fists to close down whole areas of the economy that they decided, often with little convincing reasons, were nonessential. They closed whole coastlines, jailed hairdressers and others who were noncompliant with their orders, and imposed virtual house arrest on vast numbers. It frequently seemed that brandishing fists was all politicians could think of to stave off criticism that they were indecisive or weak, not that it effectively addressed citizens’ circumstances.

And now that pressure is rising to relax governments’ clenched fists, how eager are those in control to comply? Eagerness is frequently an antonym for what we see. And how much evidence is there that the phased-in unclenching plans proposed are the most effective way of parceling freedoms taken away back out to the people? I don’t see it. But that is because to those in charge of government, clenching fists and forcing compliance is often the easiest-to-think-up “solution” to their political problems in a crisis, even when it worsens citizens’ problems. In contrast, figuring out how to best undo their coercive “solutions” is much harder. And a comparative advantage in coercing does not imply a comparative advantage in knowing how best to reduce coercion. There are policy complexities faced now, but they are primarily the result of earlier interventions. However, we should remember that restoring freedom only requires government to stop denying it to those whom they supposedly serve.