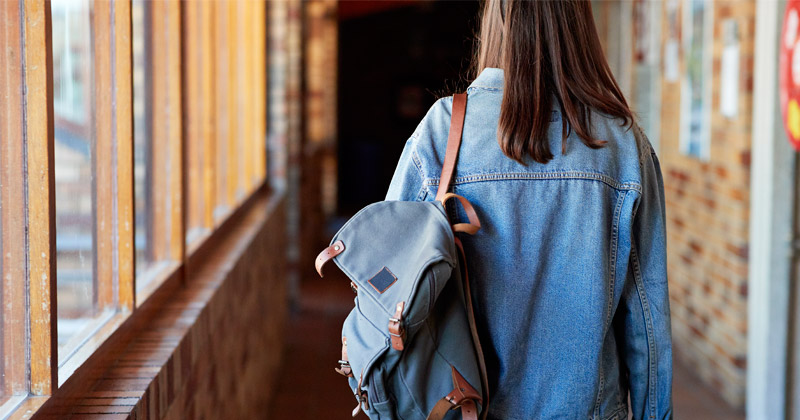 America’s universities have been taken over by the Left, but the way they are reacting to the fake Covid-19 crisis gives us a chance to reconstitute higher education on sound free market principles.

In the name of “diversity,” academic standards have been gutted. Here are some examples. Emily Walton, a sociology professor at Dartmouth, teaches her students about

“white blindness” Everyone learns, but I find that the small handful of white students in the class usually learn the most. That’s because for the first time in their lives, they begin to look at themselves as members of a racial group. They understand that being a good person does not make them innocent but rather they, too, are implicated in a system of racial dominance.

After spending their young lives in a condition of “white blindness,” that is, the inability to see their own racial privilege, they begin to awaken to the notion that racism has systematically kept others down while benefiting them and other white people.

As Karen Kwiatkowski sums up the situation: “Imprisonment of speech and expression – we’ve observed and lived this for decades as political correctness, maturing into blanking, canceling, me-tooing and doxxing the other. Strait-jacketing critical thought and destruction of the tools of debate, complete. Instead of looking forward we look at the fearful horde beside us and wonder what it is thinking and what direction it will take in order to inform our decisions – which will be to conform with it, lest we become oblivion.”

The brilliant young engineering student Atilla Mert Sulker points out that the diversity poison has spread to the STEM (Science, Technology, Engineering, and Mathematics) disciplines:

The effort to “close the gender gap” in STEM represents a preference for minority status over merit that deems a student’s performance less important than her female-ness. Yet it only hurts individuals to put them in a field in which they will be unhappy or perform poorly, regardless of gender. If an individual, no matter how gifted, is averse to the risk of possibly burning out and forgoing a good grade, then maybe STEM isn’t the right field.

STEM curricula are deliberately rigorous, as their subjects are not easy, and bridges tend to collapse when things go wrong. This is why there are weed-out classes to discourage students from pursuing them lightly.

As if this weren’t bad enough, many universities are imposing draconian restrictions on students to cope with covid-19. Jordan Schachtel has written an important article about this. At Baylor University,

The university has announced that there will be weekly mandatory tests….If any student refuses to take the COVID-19 test, they are subject to suspension or expulsion. Students are not making friends with their classmates….No one can recognize who’s who with a mask on, so there has been a significant increase of phone usage on campus and a significant decrease of socialization. Students show up for their in-person class, sit there, and head back to their apartment as soon as they are finished with classes. Everyone expects to move online before the semester is over. We all suspect that the university is postponing the move so that they can get the full tuition without much grounds for a lawsuit.

At the University of Iowa, “They have ‘isolation dorms’ for COVID kids, but they are horrid. Guys in hazmat suits come….2 week isolation, no visitors. Nurse on call but up to 3 hour wait if you need something….kids at school now are not getting tested so they don’t get sentenced to the isolation prisons.”

At St. Lawrence University, “1 positive case out of 2k tests. Kids limited to ‘family groups’ and no more than four in dorm room. Masks when outside dorm and wrist band indicates you can go outdoors. Very limited social interaction.”

11 days to get the required COVID test back. Isolated the whole time. No in person eating at the dorms as a norm. Training in the heat with masks for hours. Masks 24/7 on campus inside and out. Social isolation. 2 classes a week in person, everything else virtual. Can’t come home until end of fall semester as you can’t travel more than 100 miles from Omaha. Aren’t allowed to go anywhere or do anything except local restaurant pick ups and run to the store. If you are mildly exposed to a person with COVID, 14 day mandatory quarantine.

The universities will tell you that they need to impose these restrictions to cope with a raging pandemic, but they are lying. University students have almost no risk of dying from covid-19. Bill Sardi says, “In the first 8 months of 2020 there were only ~1200 excess deaths per month or 40 extra deaths per day exclusively due to COVID-19 coronavirus infections, with 80% of those among Americans age 65 and older. By extrapolation, there were only ~8 excess COVID-19 only deaths per day among working-age adults and school-age children.”

In order to understand what is happening to universities, we need to bear in mind something essential. The crisis did not begin with the diversity movement. After World War II, the government began a long-term effort to take over higher education. As Tom DiLorenzo has pointed out,

The damage caused by the program was much more than fiscal. It made the centralization of education possible for the first time in American history. That in turn opened the door to the ruinous politicization of higher education that has marked the past half century.

The tool used by government was the college accrediting agency….After the Second World War, the federal government used various college accrediting agencies to ostensibly guarantee a quality education for veterans. Only accredited schools could receive G.I. Bill funds, so the accrediting agencies quickly transformed themselves. They became the gatekeepers of the tax money and virtual adjuncts of federal power. This gatekeeper role expanded as federal funding of higher education escalated….This new world arrived almost immediately, as virtually every college and university in the country clamored for money and students, and willingly threw out traditional standards. This infusion of tax dollars created, notes Robert Nisbet, “the single most powerful agent of change that we can find in the university’s long history.” Had anyone objected at the time, he would have been put down as selfish and undemocratic.

Today, accreditation agencies, private in name only, have tremendous power over colleges and universities, and they are slavish to government’s agenda. Today, these agencies are the major source of political correctness and big-government ideology on college campuses.

What can we do about this disaster? Karen Kwiatkowski is right. With the covid-19 restrictions, universities have gone too far. Students are fed up, and lawsuits for failing to fulfill contractual obligations may ruin many universities. She says,

One of the worst things that can happen to a state is to appear ridiculous.

Especially in the eyes of the young, who have had their expectations disappointed, their plans disrupted by mandate, their elders shown to be idiotic and frightened, their government greedy, avaricious, sadistic.

The state itself has assisted the liberty movement, with its lumbering broad-brush sadism. It far prefers physical destruction, marches and riots, police brutality and the outright rage of its citizens to the cuts of a thousand poems – and 40 million awakening children who suddenly become aware that the King is buck naked, ugly, angry, vile, and simultaneously weak and wasted.

There is an additional reason we should view today’s universities with skepticism, even if the leftists get tired of covid-19 and move on to some other craze. Tuition costs are enormous, and most students have to assume crippling loan burdens to get by. “Today, roughly 70% of American students end up taking out loans to go to college. The average graduate leaves school with around $30,000 in debt and all told, some 45 million Americans owe $1.6 trillion in student loans — and counting.” Most of these loans can’t be discharged through bankruptcy, and students may have to work decades to pay them off. What makes this even worse is that most of the tuition money goes into building lavish and unneeded buildings, perks for administrators, and “diversity” programs that undermine our culture. “Die-versity” is a better name for these programs.

The university was one of the foremost institutions of the High Middle Ages, and it is sad that the contemporary American university has sunk so low from the heights of medieval Oxford, Cambridge, Paris, and Salamanca. But we must face facts. What, then, can students and their parents who are fed up do? Private education and homeschooling are blossoming, creating a wide variety of choices for families and students.

I confess that one such alternative institution is foremost in my mind. A long-held vision of both Ludwig von Mises and Murray N. Rothbard is now a reality. Their vision? A graduate school of Austrian economics.

Throughout its nearly forty-year history, the Mises Institute has been focused on providing support to students of other educational institutions. Helping students discover the economics of freedom and inspiring them to go on to teach at the university level is and has been a priority for the Institute. Excellent service that is personal, responsive, and geared toward assisting students in reaching their individual educational and career goals has been emblematic of all Mises Institute programs.

At the Mises Institute, we aim to continue the tradition of education so eloquently expressed by Ludwig von Mises and Murray Rothbard, who were among the highest exemplars of the values of Western civilization, and this is what we endeavor to transmit to our students.

People are being increasingly harassed by mobs while eating at restaurants.