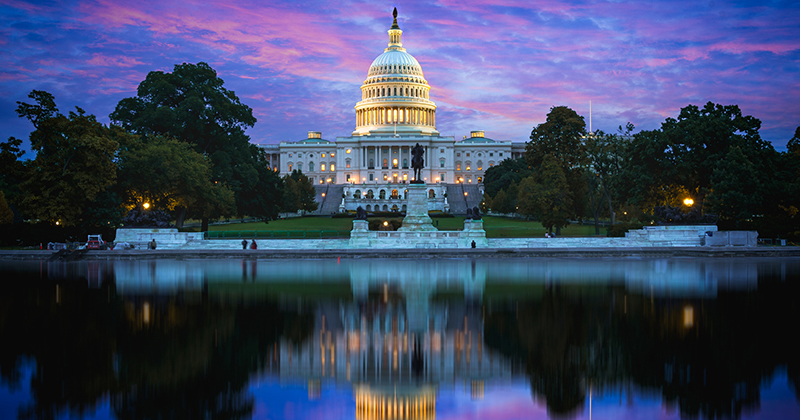 New coronavirus cases inside the United States are increasingly being announced late in the evening after the financial markets have closed, and I certainly don’t blame officials for trying to minimize the fear that is spreading across the nation like wildfire.

But I have to say that it has been stunning to sit here and watch the number of confirmed cases in the U.S. go from just above 600 to more than 750 in just a couple of hours.

Initially, quite a few of our national politicians attempted to make light of this crisis, but now that confirmed cases are popping up in Washington D.C., Maryland and Virginia, this crisis has suddenly become very real for many of them.

In fact, there is now chatter that Congress could soon be completely closed down for a period of time in order “to protect lawmakers”…

Members of Congress are becoming increasingly anxious about coronavirus, and there is growing pressure on leadership to take steps to protect lawmakers — even potentially recessing for a period of weeks — two Democratic congressional sources said Sunday.

It would be nice if they were that concerned about protecting the rest of us, but I can definitely understand their desire for self-preservation.

After analyzing various vectors the corona-virus has taken, and looking at the hysteria being amplified and promoted by the main stream media; Alex Jones has looked the events being covered up, including the wide open border and the lowering death rate and concluded that the deep state along with China have manufactured this crisis to try and bring down Trump. Fear is their weapon and once you see the light, you can not longer be controlled.

But just a few days ago, the environment in D.C. was very different.  In fact, U.S. Representative Matt Gaetz thought that it would be really funny to wear a gas mask when he voted on a coronavirus bill on March 4th…

Florida Republican Rep. Matt Gaetz donned a gas mask on March 4 while he voted on a bill that would dedicate billions of dollars to combating coronavirus as concerns rise over the spread of the disease.

“Reviewing the coronavirus supplemental appropriation and preparing to go vote,” Gaetz tweeted with a picture of himself wearing a gas mask while looking at a piece of paper before the vote.

I have always admired his fighting spirit, but mocking those that were concerned about this virus was completely inappropriate.

And now we have learned that he is one of the members of Congress that has been forced to “self-quarantine”.  In fact, this news broke shortly after he took a ride on Air Force One…

Republican Georgia Rep. Doug Collins and Florida Rep. Matt Gaetz both announced Monday afternoon that they would be self-quarantining themselves after learning that they interacted with a coronavirus-infected person in late February.

The announcement comes after Collins just spent Friday with President Donald Trump visiting the Centers for Disease Control and Prevention (CDC) and Gaetz was reportedly on Air Force One on Monday.

Let us pray that Gaetz is not infected and that he did not expose anyone on board Air Force One to the virus.

If what I just shared with you was not bad enough, now we have learned that Trump’s new chief of staff has also been forced into self-quarantine…

President Donald Trump’s new chief of staff Mark Meadows announced Monday that he will be self-quarantining after possibly meeting the individual who attended the Conservative Political Action Conference (CPAC) while infected with coronavirus.

Mark Meadows was advised this weekend that he might have come in contact with the individual. Meadows took a precautionary test which came back negative. Meadows’ chief of staff Ben Williamson said: “He’ll be self-quarantined till the 14 day period passes Wednesday.”

It is a good sign that the initial test came back negative, and let us pray that Meadows will be perfectly fine.

Meanwhile, a priest in Washington D.C. has become a confirmed case just a week after he “shook hands with more than 500 worshippers”.  The following comes from reporter Sam Sweeney…

BREAKING: A D.C. priest has Coronavirus. He offered communion and shook hands with more than 500 worshippers last week and on February 24th. All worshippers who visited the Christ Church in Georgetown must self-quarantine. Church is cancelled for the first time since the 1800’s

Was he infected when he shook all of those hands?

Let us hope not.

Before too long, hardly anyone is going to want to shake hands anymore.  People are deathly afraid of this virus because they are watching what is going on elsewhere in the world.

In Italy, the government has decided to try to quarantine the entire countrybecause the death toll just keeps spiraling higher.

This virus is no laughing matter.  It is being reported that some residents of a nursing home in Kirkland, Washington have gone from showing no symptoms at all to dropping dead “in just a matter of hours”…

Life Care Center of Kirkland, Washington, outside of Seattle, has seen 15 of its residents die after contracting COVID-19, and dozens of its workers haven fallen ill. The center’s remaining 55 residents are going to be tested for the virus, and while only six of them are currently sick, that doesn’t necessarily mean good news, The New York Times reports.

As the Times put it, Life Care “had seen some residents go from no symptoms to death in just a matter of a few hours.” “It was surprising and shocking to us that we have seen that level of escalation from symptoms to death,” said Tim Killian, a spokesperson for the nursing home. Efforts to contain the spread from Life Care aren’t going well either, seeing as 70 of the center’s 180 workers were out sick as of Sunday, but “there weren’t enough test kits yet for them,” the Times reports.

The more that we learn about this virus, the more frightening it becomes.

In New Jersey, the very first confirmed case says that COVID-19 spread very rapidly “to both his lungs”…

The 32-year-old physician’s assistant, a non-smoker with no underlying health conditions, believes he contracted it while attending a medical conference in Times Square last weekend, saying the coronavirus spread quickly to both his lungs.

“The virus is everything. Dirarrhea, watery eyes, shortness of breath, chest pain, you name it. High fever,” he said. “Every day is getting worse.”

Does that sound like something you want to catch?

I am still hoping that this outbreak will start to subside before it becomes a horrifying global pandemic that kills millions of people.

But so far all efforts to contain this virus have failed, and local officials are preparing for the worst.

In fact, New York has apparently developed a plan to use convicts “to bury the dead”…

If New York City has a plague year, there’s a plan for its prisoners—not to protect them from infection in their tight quarters, but to use convicts to make New York State branded hand sanitizers and, if it comes to that, prisoners at Rikers to bury the dead.

I don’t know about you, but to me those two paragraphs are extremely chilling.

And as this outbreak intensifies, we continue to get more warnings that our already stressed healthcare system will soon be utterly overwhelmed…

Looking at how COVID-19 affected China can provide a preview of what it’ll look like in the U.S. In China, “around 80 percent of those infected with the coronavirus had symptoms of a bad cold and are expected to recover. Another 14 percent became severely ill, and 5 percent became critically ill,” Gupta writes. So according to estimates from the Department of Health and Human Services, that translates to about 200,000 people needing intensive care in the case of a moderate outbreak. That could be a big problem, seeing as the U.S. has less than 100,000 ICU beds.

So what are we going to do?

Will we start setting up temporary “quarantine camps” like they have in China?

If this outbreak continues to escalate, we could soon see things in this country that would have been unimaginable just a few weeks ago.

The best way to ensure that you never have to deal with this virus is to avoid it completely.

Unfortunately, that is exceedingly difficult to do because scientists are discovering that this virus spreads from person to person incredibly easily…

Aerosolized coronavirus can hang in the air for at least 30 minutes and travel up to 14 feet – approximately twice the “safe distance” recommended by health officials, according to SCMP.

The study, conducted by a team of Chinese government epidemiologists from Hunan province, also found that the virus can survive for days on a surface where respiratory droplets land.

Once this virus is in every community in the United States, how will you avoid it?

Some people will simply decide to stay home for as long as it takes, but for most people that just isn’t possible.

Hopefully we will never get to that point.

Hopefully this outbreak will really begin to fade when winter ends.

But at this moment the immediate future looks very bleak, and immense fear is spreading all across America.