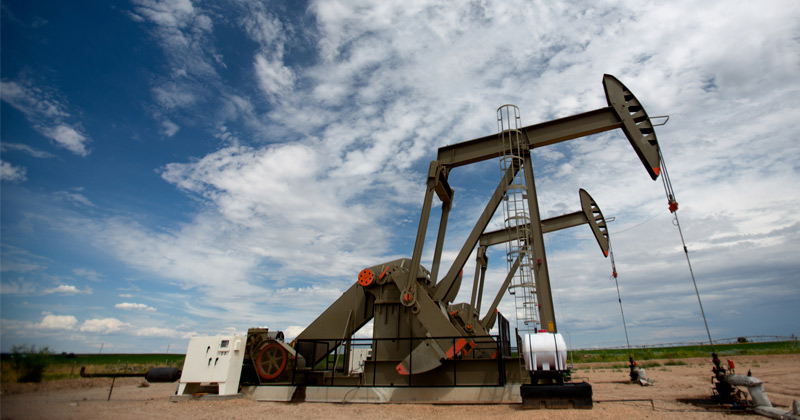 As the world economy slowly begins to recover from the Covid-19 crisis, the tremendous impact on the oil industry will see continued struggles with oversupply and permanent damage, meaning a quick recovery is unlikely.

This most recent drop in prices marks the end of the oil market’s supercycle that began in the early 2000s. For countries reliant on oil sales, this latest price collapse has created further political instability.

During the Covid-19 pandemic, the demand for oil fell globally; this drop was triggered first by China, which came to a standstill in January. Then in February and March came the lockdowns of other major economies in Europe, the US, and Latin America.

The crash in oil demand brought prices below zero in April 2020, as storage for the commodity ran out, and though this issue was expected to be short-term, it might continue to drag on.

There has also been an increase in oil industry bankruptcies, mainly in North America. It is estimated that nearly 400 oil and gas companies have declared bankruptcy this year.

With businesses coming to a standstill around the world, it made sense for all major oil producers to cut back on supply and to try and resolve the storage issue.

The global oil price is largely dictated by OPEC+, the Organization of the Petroleum Exporting Countries plus Russia and several others, producing in total about half of the world’s oil.

It became a political nightmare as the world watched Russia and Saudi Arabia start a price war. During the March 6 OPEC meeting, Russia refused to agree on additional cuts proposed by OPEC producers. In turn, Saudi Arabia decided to increase its oil production. In this period, both Saudi Arabia and Russia were producing at ‘over-kill’ in the middle of a demand shock. By April, the price of oil was negative and investors holding oil futures were forced to pay to offload contracts for oil due to storage facilities running out.

OPEC has done its best to curb production in an attempt to balance supply – but it is not enough.

Some analysts predicted oil prices would make a sharp V-shaped rebound in the second half of 2020 – and that would happen in a ‘normal’ year. But with the Covid-19 pandemic continuing to spread and reshape the world, this time could be very different.

More than just another crash

There has been an extreme shift in consumer behavior, and it’s expected to carry through to the post-coronavirus world. As we await a vaccine, international airline travel (one of the biggest consumers of oil) remains at a standstill. Forced to work around the inability to travel, the world has adapted to working, shopping, and communicating remotely. Lockdown layoffs have curtailed incomes and purchasing power, and it will take time to recover.

For evidence that airline travel isn’t rebounding as fast as expected, we can look to China, which was the first to be hit by the coronavirus and now the first to resume business and air travel. The Chinese government has gradually eased lockdown measures, but despite this, airline travel has plateaued and is not showing signs of resuming to how things once were.

The price of crude oil is a determining factor when it comes to the overall health of the global economy. Sustained low oil prices have significant implications for growth and inflation. This latest plunge in oil prices also affects world interest rates.

Now, you’d think cheaper oil would be a good thing for consumers in the short-term, but this is not the case. Consumers might benefit from low costs, but this dramatic collapse in oil prices will have a severe impact in the long-term and create economic headwinds.

The World Bank report highlights that weak global demand and acute pressures on oil exporters, combined with lingering post-crisis uncertainties and policy challenges among large importers, could limit some of the expected benefits for the global economy in the short term. On the flip side, for the oil-importing developing economies, a decline in oil prices should support stronger growth, reduce inflation, and lower macroeconomic vulnerabilities.

Historically, oil has been prone to frequent ups and downs. Over the past three decades, it is estimated there have been five other episodes where oil prices declined 30 percent or more in a seven-month period, coinciding with major changes in the global economy and oil markets.

According to a World Bank report from 2015, in the early 1980s, concurrent with the OPEC embargo, oil prices experienced a “rapid decline.” Following the financial crisis, there was a spike in 2008, which was followed by a crash triggered by the recession. Then a record high oil price was reached in 2011. There was also a drop in oil prices in the second half of 2014, then the global average price to $43.73 per barrel in 2016.

Sharp drops of at least 30 percent are considered significant – but this time, the prices went through the floor, losing 100 percent and more, and going to below zero. And the sheer size of the slide is compounded by the extraordinary circumstances of 2020.

This 2020 oil crash combined with the Covid-19 pandemic has also had a huge impact on shale oil producers in North America, which require oil prices above $40 per barrel to sustain operations.

This decline in oil prices has also forced sovereign wealth funds to pull out some of their funds from financial markets. For example, the Norwegian Sovereign Wealth Fund, which is worth around $1.5 trillion, lost an estimated 16 percent in the first quarter of this year.

During the time of publication, international benchmark Brent crude was trading at $42.80 per barrel. During an OPEC meeting led by Saudi Energy Minister Prince Abdulaziz bin Salman and his Russian counterpart, Alexander Novak, they discussed whether to extend the record production cuts of 9.6 million barrels per day or taper to 7.7 million bpd starting in August. The members agreed to restore oil supplies in August. OPEC research showed a second “strong wave” of coronavirus could lead to 2020 oil demand dropping by 11 million bpd.

The next OPEC+ JMMC meeting will be held August 18.

The oil sector has a very different future after this price collapse – we can expect further volatility and uncertainty. The volatility is expected to continue in the oil market as the Covid-19 outbreak and slowdown in businesses continues to add pressure to oil prices. Oil is showing slow signs of rebounding in the near-term, and unfortunately there is no quick fix.