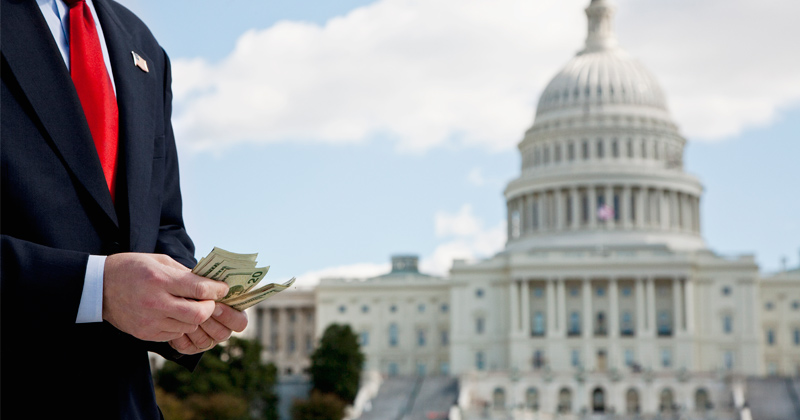 One of the favorite arguments for licensing laws and other types of quality standards is that governments must “protect” consumers by insuring that workers and businesses sell goods and services of the highest quality.

The answer, of course, is that “quality” is a highly elastic and relative term and is decided by the consumers in their free actions in the marketplace.

It may very well be, for example, that a certain number of years’ attendance at a certain type of school turns out the best quality of doctors (although it is difficult to see why the government must guard the public from unlicensed cold-cream demonstrators or from plumbers without a college degree or with less than ten years’ experience).

But by prohibiting the practice of medicine by people who do not meet these requirements, the government is injuring consumers who would buy the services of the outlawed competitors, is protecting “qualified” but less value-productive doctors from outside competition, and also grants restrictionist prices to the remaining doctors.1

Consumers are prevented from choosing lower-quality treatment of minor ills, in exchange for a lower price, and are also prevented from patronizing doctors who have a different theory of medicine from that sanctioned by the state-approved medical schools.

How much these requirements are designed to “protect” the health of the public, and how much to restrict competition, may be gauged from the fact that giving medical advice free without a license is rarely a legal offense.

Only the sale of medical advice requires a license. Since someone may be injured as much, if not more, by free medical advice than by purchased advice, the major purpose of the regulation is clearly to restrict competition rather than to safeguard the public.2

Other quality standards in production have an even more injurious effect.

They impose governmental definitions of products and require businesses to hew to the specifications laid down by these definitions. Thus, the government defines “bread” as being of a certain composition.

This is supposed to be a safeguard against “adulteration,” but in fact it prohibits improvement. If the government defines a product in a certain way, it prohibits change. A change, to be accepted by consumers, has to be an improvement, either absolutely or in the form of a lower price.

Yet it may take a long time, if not forever, to persuade the government bureaucracy to change the requirements. In the meantime, competition is injured, and technological improvements are blocked.3 “Quality” standards, by shifting decisions about quality from the consumers to arbitrary government boards, impose rigidities and monopolization on the economic system.

In the free economy, there would be ample means to obtain redress for direct injuries or fraudulent “adulteration.”

No system of government “standards” or army of administrative inspectors is necessary. If a man is sold adulterated food, then clearly the seller has committed fraud, violating his contract to sell the food. Thus, if A sells B breakfast food, and it turns out to be straw, A has committed an illegal act of fraud by telling B he is selling him food while actually selling straw.

This is punishable in the courts under “libertarian law,” i.e., the legal code of the free society that would prohibit all invasions of persons and property. The loss of the product and the price, plus suitable damages (paid to the victim, not to the State), would be included in the punishment of fraud. No administrator is needed to prevent nonfraudulent sales; if a man simply sells what he calls “bread,” it must meet the common definition of bread held by consumers, and not some arbitrary specification.

However, if he specifies the composition of the loaf, he is liable for prosecution if he is lying. It must be emphasized that the crime is not lying per se, which is a moral problem not under the province of a free-market defense agency, but breaching a contract — taking someone else’s property under false pretenses and therefore being guilty of fraud. If, on the other hand, the adulterated product injures the health of the buyer (such as by an inserted poison), the seller is further liable for prosecution for injuring and assaulting the person of the buyer.4

Another type of quality control is the alleged “protection” of investors. SEC regulations force new companies selling stock, for example, to comply with certain rules, issue brochures, etc. The net effect is to hamper new and especially small firms and restrict them in acquiring capital, thereby conferring a monopolistic privilege upon existing firms. Investors are prohibited from investing in particularly risky enterprises. SEC regulations, “blue-sky laws,” etc., thereby restrict the entry of new firms and prevent investment in risky but possibly successful ventures. Once again, efficiency in business and service to the consumer are hampered.5

Safety codes are another common type of quality standard. They prescribe the details of production and outlaw differences.

The free-market method of dealing, say, with the collapse of a building killing several persons, is to send the owner of the building to jail for manslaughter. But the free market can countenance no arbitrary “safety” code promulgated in advance of any crime. The current system does not treat the building owner as a virtual murderer should a collapse occur; instead, he merely pays a sum of monetary damages. In that way, invasion of person goes relatively unpunished and undeterred.

On the other hand, administrative codes proliferate, and their general effect is to prevent major improvements in the building industry and thus to confer monopolistic privileges on existing builders, as contrasted with potentially innovating competitors.6 Evasion of safety codes through bribery then permits the actual aggressor (the builder whose property injures someone) to continue unpunished and go scot-free.

It might be objected that free-market defense agencies must wait until after people are injured to punish, rather than prevent, crime. It is true that on the free market only overt acts can be punished. There is no attempt by anyone to tyrannize over anyone else on the ground that some future crime might possibly be prevented thereby. On the “prevention” theory, any sort of invasion of personal freedom can be, and in fact must be, justified. It is certainly a ludicrous procedure to attempt to “prevent” a few future invasions by committing permanent invasions against everyone.7

Safety regulations are also imposed on labor contracts. Workers and employers are prevented from agreeing on terms of hire unless certain governmental rules are obeyed. The result is a loss imposed on workers and employers, who are denied their freedom to contract, and who must turn to other, less remunerative employments. Factors are therefore distorted and misallocated in relation to both the maximum satisfaction of the consumers and maximum return to factors. Industry is rendered less productive and flexible.

Another use of “safety regulations” is to prevent geographic competition, i.e., to keep consumers from buying goods from efficient producers located in other geographical areas. Analytically, there is little distinction between competition in general and in location, since location is simply one of the many advantages or disadvantages that competing firms possess.

Thus, state governments have organized compulsory milk cartels, which set minimum prices and restrict output, and absolute embargoes are levied on out-of-state milk imports, under the guise of “safety.” The effect, of course, is to cut off competition and permit monopoly pricing. Furthermore, safety requirements that go far beyond those imposed on local firms are often exacted on out-of-state products.8