Obama gay marriage support seen as world precedent … President Barack Obama’s announcement Wednesday that he supports gay marriage boosted the hopes of gay rights groups around the world that other leaders will follow his example, though opponents denounced his switch as a shameless appeal for votes … – AP 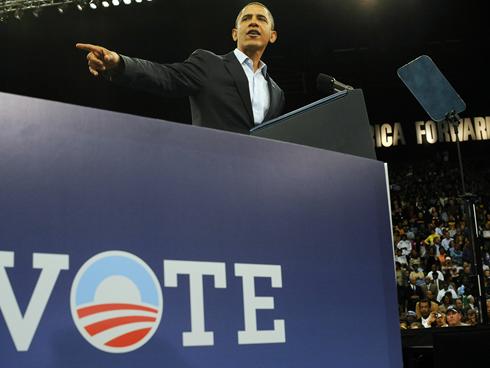 Back on the handsome campus, studded with Tudor brick buildings and manicured fields, Mitt Romney spotted something he thought did not belong at a school where the boys wore ties and carried briefcases. John Lauber, a soft-spoken new student one year behind Romney, was perpetually teased for his nonconformity and presumed homosexuality. … “That’s wrong. Just look at him!” an incensed Romney told Matthew Friedemann, his close friend. – Washington Post

According to the authors, homosexuality found in the Nazi Party contributed to the extreme militarism of Nazi Germany. The title of the book, as well as the book itself, is a reference to a book by Richard Plant called The Pink Triangle: The Nazi War Against Homosexuals, a book detailing homophobia in the Nazi Party and the homosexual victims of Nazism. – Wikipedia

Obama Calls for ‘Soul Searching’ in Wake of Trayvon Martin Shooting … President Obama today offered a personal reflection on the tragic shooting of Florida teenager Trayvon Martin, saying the incident requires all Americans to “do some soul searching.” … “When I think about this boy, I think about my own kids,” Obama told reporters when asked about the case during a Rose Garden press conference. – ABC News

Just look at this recent potpourri of stories showing clearly the decline of the US political discussion into a kind of electoral madness. This is surely the result of a ruthless elite that has been conspiring to build world government for at least a century and perhaps three.

The bought-and-paid-for mainstream media that works exclusively for the central-banking funded global elites hasn’t bothered to investigate any of this. Hell, they barely report on it.

Nor does the mainstream media give a realistic interpretation about what’s happened to the US economy, which has never recovered from the terrible slump of 2008. Yet for various reasons, Barack Obama is the global elite’s man.

The Money Power consequences are calamitous and ruinous. But the conspiracy continues nonetheless. And as it does, the methodologies used to buttress Obama’s chances for re-election plumb hitherto unimaginable depths.

Following up on George W. Bush, Obama has proven to be an effective carrier of elite destruction. The idea is to absolutely ruin Western society and then replace it with something more loathsome – and centralized. The lies are never ending, constantly rising …

•He is said to have authorized a raid to kill Osama bin Laden, but eyewitness claim that there was no raid and the administration has never produced either photos or DNA to prove its story. Additionally, there are plenty of fairly credible reports stating that bin Laden died of ill health from a congenital physical condition some 5-10 years ago.

•He is running on his “record” of economic accomplishment, though this is a bit like a serial killer running on a record of birth control. Obama, at the apparent behest of his masters, has further indebted the US by tens of trillions and done whatever he can – legally and otherwise – to destabilize the monetary and cultural base of the country.

•More evilly still, the US’s corrosive, creeping authoritarianism has only expanded as the nation’s phony “war on terror” grinds on. A virtual Gulag presided over by the US’s current Homeland Security regime is yet another shocking manifestation of Obama’s power.

Because Obama cannot REALLY run on his economic record (not that any politician ever can) his handlers are starting to run on a variety of extraneous issues. These issues include his agreeableness toward state-supported sexual practices of one kind or another (homosexuality) and his reputation as a courageous leader in wartime – not afraid of taking the “tough decisions.”

Obama, never loath to exploit race when it can help him, has already tried to exploit the shooting of the young black man Trayvon Martin as a way to garner black votes.

Divisiveness, perhaps, is to be expected. But this US election may begin to approach the apparent insane socio-sexual innuendo of the Third Reich (see the Pink Triangle: The Nazi War Against Homosexuals). According to Atlanticwire from a few days ago, we’re supposed to realize the fuss over “gay marriage” is actually willful:

“Evidence you’re supposed to know it’s a fake accident … Interesting timing given that gay folks bring in the money. “They are so sensitive to Biden doing this because, number one, gay money in this election has replaced Wall Street money,” NBC’s Chuck Todd said Monday.

And Politico’s Maggie Haberman points out that the pro-gay marriage comments from Biden and Duncan come right before Obama’s appearance with New York Gov. Andrew Cuomo, who successfully got gay marriage legalized in the state last year. Obama is visiting New York Tuesday.

Some people may care where others put their genitals (or not) – but in truth it must be, surely, a purposeful distraction. The solution of course is likely to REMOVE Leviathan from these divisive issues, not further entangle them in legislation. But Obama has little to run on – and seemingly fewer supporters, these days.

“Now that Barack Obama has ensured gay marriage is back in the news cycle around the world … ” writes “Queering the Church” just today. Yes, it’s simply a fact. Contrast the rhetoric of previous times with the current conversation over various kinds of sexual practices.

The earliest known usage of the term “homosexuality” was in 1869 and the concept of sexual orientation wasn’t introduced until the late 1800s and early 1900s. The first extensive study on sexuality and orientation was published in a book in 1948. (- Daily Kos)

The current socio-sexual conversation is as artificial as any other, a “head fake” from the real issues facing the US – and its impending and fully realized takeover by a shadowy one-world conspiracy. Every time one believes the global elites cannot further debase the larger socio-civil conversation, they manage to make it worse. This behavior is no accident.