The US credit system is in the midst of its third credit crisis since the advent of the Federal Reserve.

The second credit crisis manifested itself in the stagflation of the 1970s. (See Rothbard’s: For a New Liberty Chapter 9.)

All three episodes were the inevitable result of the prior credit inflation orchestrated by the Federal Reserve System.

The seeds of the Great Depression were planted during WWI and the 1920s.

The 1970s stagflation followed the credit boom of the 1950s and 1960s that were fueled by Johnson’s Wars and Welfare State and the Federal Reserve’s policy of not letting the money supply contract in the 1970s.

This writer believes that this credit crisis will be the Dollar’s third and final act.

The best-case scenario, in which the financial system and Dollar survive, is very unlikely but it would be very painful for most investors.

Best Case Scenario for US Markets:

Some companies will survive, many banks and credit dependent businesses would fail.

Having A Supply Of Healthy Foods That Last Just Makes Sense

Likely Scenario for US Markets:

The most likely scenario is an inflationary Great Depression, in this writer’s opinion.

John William’s outlines his expectations and I believe they are worth reading: www.shadowstats.com

The US has never experienced a credit bust that has followed this path.

Collapse of the credit market. Interest rates only capped by fiat.

Collapse of the US treasury market.

Only the best businesses with no need for credit survive.

Nationalization of many businesses and all pension assets.

Very unstable political situation, collapse of US empire along the lines of the USSR. 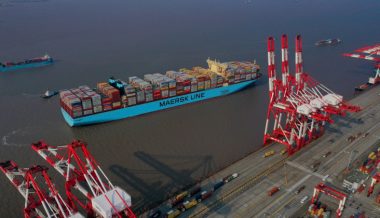