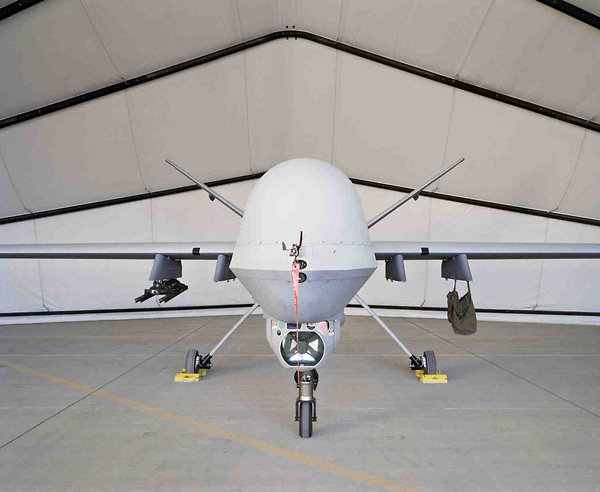 Photograph by Sean Hemmerle for The New York Times


Holloman Air Force Base, at the eastern edge of New Mexico’s White Sands Missile Range, 200 miles south of Albuquerque, was once famous for the daredevil maneuvers of those who trained there. In 1954, Col. John Paul Stapp rode a rocket-propelled sled across the desert, reaching 632 miles per hour, in an attempt to figure out the maximum speed at which jet pilots could safely eject. He slammed on the brakes and was thrust forward with such force that he had to be hauled away on a stretcher, his eyes bleeding from burst capillaries. Six years later, Capt. Joseph Kittinger Jr., testing the height at which pilots could safely bail out, rode a helium-powered balloon up to 102,800 feet. He muttered, “Lord, take care of me now,” dropped for 13 minutes 45 seconds and broke the record for the highest parachute jump.

Today many of the pilots at Holloman never get off the ground. The base has been converted into the U.S. Air Force’s primary training center for drone operators, where pilots spend their days in sand-colored trailers near a runway from which their planes take off without them. Inside each trailer, a pilot flies his plane from a padded chair, using a joystick and throttle, as his partner, the “sensor operator,” focuses on the grainy images moving across a video screen, directing missiles to their targets with a laser.

Holloman sits on almost 60,000 acres of desert badlands, near jagged hills that are frosted with snow for several months of the year — a perfect training ground for pilots who will fly Predators and Reapers over the similarly hostile terrain of Afghanistan. When I visited the base earlier this year with a small group of reporters, we were taken into a command post where a large flat-screen television was broadcasting a video feed from a drone flying overhead. It took a few seconds to figure out exactly what we were looking at. A white S.U.V. traveling along a highway adjacent to the base came into the cross hairs in the center of the screen and was tracked as it headed south along the desert road. When the S.U.V. drove out of the picture, the drone began following another car.