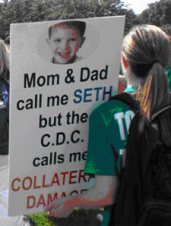 On virtually every level, whether it is food, water, medications or the contamination of our environment across the board including the air we breathe, we, as human beings, are under attack.  The view of the worlds’ populations by corporate, scientific, pharmaceutical, military and even our respective governments is, one of contempt.  None view the populations of the earth as anything more than potential test subjects for a wide array of experimentation of all kinds.  We are the test rats in the maze. In fact, we are considered disposable and detested by the world’s elite.

Vaccines, disease, death:
What are we subjecting our infants, toddlers and young children to? And even ourselves, as adults?  Every jab of the vaccine needle injects a DNA altering soup and infects the new host with live and thought to be dead viruses supposedly because this will protect us from some infection or disease. The injections also contain carcinogens, heavy metals, wild viruses, mutated proteins, and the dna in the vaccine can be transfective and recombinant, meaning it can combine with human DNA and mutate.

While many parents routinely subject their infants and toddlers to more than 63 vaccinations before the age of five, these same parents many times will go ballistic at the thought of another parent refusing to allow their child to be infected with vaccines.  The chronic complaint of the vaccinating parent is that those not vaccinated somehow represent a threat to the vaccinated kids.  Excuse me…but if you believe vaccines work and are effective, what possible risk could you infer from an unvaccinated child?  Is not your child now protected because you had them vaccinated?

Actually, the reverse is true.

The vaccinated child is now virally active and for the next 21 days is shedding the virus every time he/she enters a room, coughs, sneezes or just breathes. And now, with their immune system compromised by the vaccine, and with the ability of recombinant DNA to mutate and create new viruses in their little bodies, your vaccinated child has become a viral incubator.
It seems that vaccinating a small defenseless baby or toddler with what you know to be harmful if not fatal concoction is nothing more than an opportunity to gather data.  You know….who died, who got sick, with what? How long were they sick? That kind of stuff.  The idea that hundreds of thousands of children are harmed or killed by what you have produced should not be used to interfere with corporate profits, so says SCOTUS and that is what we are talking about here.

The Rotarix vaccine, a GlaxoSmithKline vaccine for use on children and documented here :

According to a PubMed.gov 2004 study, which just happens to be the NIH (U.S. National Library of Medicine National Institutes of Health),

Infection of PCV1 was observed with 293, Hela and Chang liver cells, infection with PCV2 only in Rd cells. In addition, religated viral DNA of PCV1 and PCV2 has been used to transfect adherent human cell lines.

The World Health Organization began recommending in 2009 that all Nations include this vaccination in their immunization program. Based on research during a clinical trial in which GlaxoSmithKline surprisingly enough participated in the funding.

One or a combinations of theses substances can play havoc with the human immune and neurological systems and cause deadly autoimmune and other diseases.”

+++++++
Plus you get a great big dose of the flu strain they are attempting to spread.

An attenuated (weakened) virus strain is used to infect the host with a reduced form of the disease or infection and this is supposed to prevent us from getting the full blown infection or disease.  I cannot reconcile being intentionally infected with a disease, with eradication of the disease, especially when you consider all the additional chemical, biological and tissue additives in each shot.  And even less understandable is the use of common table sugar, msg and antifreeze among many other things.  I can only conclude the only thing they are trying to kill off with these toxic injections is….us.

AIDS, SARS and other intended pandemics

The AIDS virus which has long been believed to have been lab created, is another of those pandemics meant to sweep the globe and reduce the global population. HR 15090 that became Public Law 91-213 established the intent of our own government to produce a genocidal virus.  $10 million was paid to MERCK to develop the virus in the early 50s, which is a recombinant DNA virus using mycoplasma (a six-sided synthetic biological agent) and inserting it through a process called “viral insertion” into a selected “candidate human virus”.  The result is a new virus.  The intent was to create a virus for which the human body had no natural defenses.  During this time George W. Merck was the American Biological Weapons Industry Director and head of the Office of special Viruses.  The new virus was introduced into the worlds populations via vaccination.

Viral insertion has been used to create HIV/AIDS, and also SARS among other diseases.  During the 50s also, Merck tested the SV40 vaccine on the Russians.  SV40 is a cancer producing virus.  The vaccine produced and used to supposedly treat Yellow Fever, contained a virus that produced leukemia. And now 60 labs have confirmed that many cancers appearing now are linked directly to the polio vaccines given during childhood.  But we still give polio vaccines.

Merck, the manufacturer of Gardasil, a vaccine they claim prevents cervical cancer, seems more to be about sterilizing young girls, if the vaccine doesn’t kill or permanently injure them first.  Every attempt has been made by state and federal governments to make this deadly vaccine mandatory.

Thousands of young girls are subjected to the Gardasil vaccine each year and suffer immediate adverse reactions to the first shot.  Now they are infecting young boys and men with this deadly vaccine, and several deaths have already resulted.

Here’s what we do know:
As the use of toxin riddled vaccines increased, so has the rate of autism; now one in every 110 children in those who have been vaccinated.  The rate of neurological disorders of all kinds is epidemic in children. 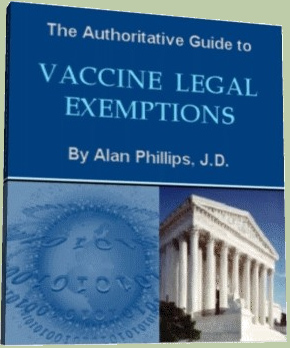 The increase in Alzheimers is now thought to be directly linked to early vaccines in the 60s and 70s, and an increase in this life robbing disease is anticipated with the constant admonishment to get vaccines of all kinds as we move through life.

The Rotarix vaccine that admittedly is a transfection which can cause spontaneous genetic mutations including mutations to cancer, is now recommended by the WHO and CDC for use around the world.

The flu vaccines have caused more deaths than the flu itself.

All of these vaccines and hundreds of others are administered to children and adults alike, all around the world all of which alter our DNA, mutate within our bodies and create life threatening diseases and side affects.

So how many have to die?  How many have to succumb to cancers later in life, caused by whatever is being injected into them now under the guise of preventing a childhood disease or in the case of Gardasil, supposedly to treat a non-threatening and short lived virus.

How many otherwise healthy infants will become autistic before this is stopped?  Ten years ago 1 in 220 children were autistic or suffering from mild to severe neurological damage after being vaccinated.  In 2005 the rate was 1-150 an increase that coincided with the increase in the number of vaccines given to infants and toddlers.  Its 2011, and now the rate is 1 in 110 children with autism or other neurological disorders; a dramatic increase that coincides with the 63 childhood vaccines now required before age five.

How much is enough?  How many of us have to end up with cancers, Alzheimers, strokes, heart disease or permanently injured children before this is stopped.  It is no longer acceptable to claim that vaccines are the answer in light of all the harm that is caused by them.  The idea behind vaccines might have been a good one, the implementation of vaccines and the obvious temptation to experiment with them…not so much.

Marti Oakley is a political activist and former op-ed columnist for the St Cloud Times in Minnesota. She was a member of the Times Writer’s Group until she resigned in September of 07. She is neither Democrat nor Republican, since neither party is representative of the American people. She says what she thinks, means what she says, and is known for being outspoken. She is hopeful that the American public will wake up to what is happening to our beloved country . . . little of it is left.  Her website is The PPJ Gazette
Marti Oakley’s article first appeared on Activist Post.com