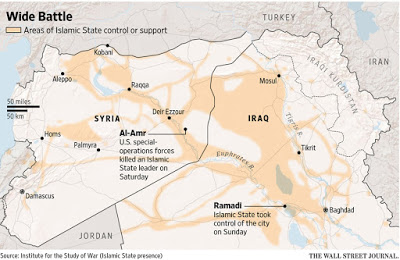 It is late July 2015, and the media is abuzz with the news that Turkey will allow US jets to use its bases to bomb Islamic State (ISIS) targets in Syria. There is much talk about how this development is a “game-changer,” and how this is a clear escalation of the much ballyhooed, but more fictional than real, US war on ISIS: the terror organization that US intelligence welcomed as a positive development in 2012 in their continued attempts to instigate regime change against the Syrian government led by Bashar al-Assad.

The western public is told that “This is a significant shift…It’s a big deal,” as a US military official told the Wall Street Journal. What the corporate media fail to mention, however, is the fact that Turkey has been, and continues to be, a central actor in the war in Syria and, consequently, in the development and maintenance of ISIS. So, while Washington waxes poetic about stepping up the fight against the terror group, and lauds the participation of its allies in Ankara, the barely concealed fact is that Turkey is merely further entrenching itself in a war that it has fomented.

Of equal importance is the simple fact that a “war on ISIS” is merely a pretext for Turkey’s military engagement in Syria and throughout the region. Not only does Turkey’s neo-Ottoman revanchist President Erdogan want to flex his military muscles in order to further the regime change agenda in Syria, he also is using recent tragic events as political and diplomatic cover for waging a new aggressive war against the region’s Kurds, especially Turkey’s longtime foe the Kurdish Workers Party (PKK).

In this way, Turkey’s recent moves should be seen as merely a new phase of its engagement in the regional war that it has helped foment. Contrary to western corporate media talking points, Turkey has not just recently become actively engaged in the conflict; Ankara has merely shifted its strategy and its tactics, moving from covert engagement to overt participation.

The immediate justification for the launching of renewed airstrikes by Turkey and the US is the expansion of the war against ISIS. In the wake of the bombing in Turkey’s majority Kurdish town of Suruç, which killed 32 youth activists, the Turkish government has allegedly struck hard against both ISIS and PKK targets. It is against this backdrop that any analysis of the new phase of this war must be presented.

First and foremost is the fact that even if one were to accept the Turkish government’s official story – the suicide bomber was linked to the Islamic State (ISIS) – not at all a certainty, the question of ultimate responsibility becomes central. While Ankara would have the world believe that its hands are clean, and that it is the innocent victim of international terrorism, the reality is that Turkey has done everything to foster and promote the growth of ISIS from the very beginning. As such, it is the Turkish government who must shoulder much of the blame for the Suruç bombing.

Since at least 2012, Turkey has been the principal conduit for weapons flowing into Syria. In June of that year, the NY Times confirmed that the CIA was smuggling weapons to anti-Assad forces from the Turkish side of the border using agents of the Syrian Muslim Brotherhood, long-time assets of US intelligence. Also in 2012, Reuters revealed that Turkey had “set up a secret base with allies Saudi Arabia and Qatar to direct vital military and communications aid to Syria’s rebels from a city near the border… ‘It’s the Turks who are militarily controlling it. Turkey is the main coordinator/facilitator. Think of a triangle, with Turkey at the top and Saudi Arabia and Qatar at the bottom,’ said a Doha-based source.”

It is now also documented fact that Turkish intelligence (MIT) has been an active player in the ongoing campaign to arm and resupply the terror groups such as the al Nusra Front and others. The evidence of this fact was made public by the Turkish daily Cumhuriyet which published video footage along with transcripts from wiretaps confirming what many eyewitnesses have stated: Turkish security forces have been directly involved in shelling and support operations for Nusra front and other jihadi groups in and around Kassab, Syria, among other sites. Many of the very same terrorists who have been armed and supported by the Turkish government are today being held up as enemies of Turkey, and rationalization of the need for Turkish military intervention.

So, with the inescapable understanding that Turkey’s government is the primary supporter and sponsor of terrorist groups in Syria, the justification for war becomes flimsy at best. But, if it’s not about fighting terror, then what exactly is Ankara’s objective? What does it hope to gain?

At the top of Erdogan’s agenda is using ISIS as a pretext for effecting the regime change in Syria that he has failed to bring about for these past four years. Despite providing weapons and cash, training sites and political cover, Turkey’s terror proxies have been roundly defeated by the Syrian Arab Army, Hezbollah, and allied forces. As such, Erdogan now needs to provide the overwhelming military superiority required to get the job done. This means air support and a “No Fly Zone” along the Turkey-Syria border, one which ostensibly will allow Turkey to fight ISIS, but in actuality is a means of securing territory for the terrorists who otherwise have been unable to do so. It is a de facto military intervention into Syria. Perhaps not even de facto, but outright declaration of war – a clear war crime.

Secondly, the alleged war on ISIS is a politically expedient cover for Erdogan to wage a full-scale war on the Kurds, and the PKK specifically. Within hours of announcing the new phase of the war, Turkish forces were bombing Kurdish targets in Syria and Iraq, effectively declaring war on both countries, in blatant violation of international law, to whatever extent such a thing still exists. Indeed, Erdogan made his position quite clear when he stated, “It is not possible for us to continue the peace process with those who threaten our national unity and brotherhood.” Essentially, Erdogan has declared war on all Kurds of the region.

Perhaps most important, and almost never discussed in the West, is the simple fact that Turkey is perpetuating an outright myth in their supposed strategy to create “Islamic State-free zones” along the border; Turkey plans to work with “moderate opposition” and “Free Syrian Army” in this endeavor. However, the fact remains that there is really no such thing as the “moderates,” and those terrorists that had at one time been labeled such have all either gone home, fled the country, gone over to the Al Qaeda-affiliated Nusra Front, or are now fighting under the ISIS banner. And so, by stating such a plan, Erdogan is unwittingly admitting what this author has already reported numerous times – Turkey acts as military muscle for ISIS and al Qaeda in Syria and now Iraq.

But of course, were Turkey the only relevant party, these developments would not be of nearly the same global significance. Rather, it is the participation and collusion of the US and NATO that makes this troubling escalation far more dangerous.

Making Overt the Covert War

As of writing, NATO has not yet been convened to discuss Turkey’s war on Syria and the Kurds, though Ankara has called for the meeting under Article 4 of the NATO treaty which provides for consultation, but not necessarily collaborative military action. However, regardless of how the meeting proceeds, Turkey has been given overt support in its war by the US, which is, in effect, NATO.

Although the US feigns concern for the Kurds and the expansion of the war, Washington has in fact endorsed Turkey’s policy. White House spokesman Alistair Baskey noted that the US “strongly condemns” recent attacks by the PKK, reiterating the fact that Turkey is an important US and NATO ally. As Obama’s close adviser on national security matters Ben Rhodes stated, “The US, of course, recognises the PKK specifically as a terrorist organisation. And, so, again Turkey has a right to take action related to terrorist targets.”

While it would appear that Washington is taking a measured approach, cautiously supporting Turkey while trying to limit the scope of the operation, that illusion is merely for appearance’s sake. In fact, the Brookings Institution just last month issued a policy paper entitled Deconstructing Syria: Towards a regionalized strategy for a confederal country, which brazenly laid out a plan to, as political analyst Tony Cartalucci astutely pointed out, “divide, destroy, then incrementally occupy” Syria using the pretext of ISIS and terrorism. And that is precisely what we’re witnessing now.

But neither Cartalucci, nor this author, nor any other colleagues who have predicted this turn of events are clairvoyant. Rather, this development was very much expected. As noted above, those terrorists who now provide the rationale for a new war were the very same ones openly supported by the countries now waging the war. It was clear at the time that this would be their ultimate role. Sadly, the world has not effectively mobilized to stop this imperialist war thus far.

The question remains: will Syria survive? The answer depends on the continued resolve of the Syrian Arab Army and its allies, and on the global Resistance’s capacity to organize itself to effectively oppose the Empire in Syria and beyond.