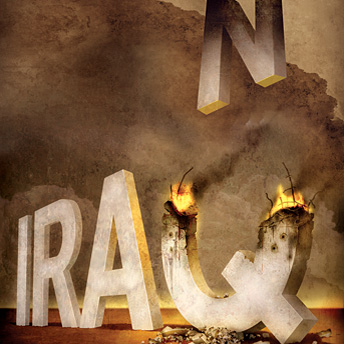 This is their time of year. Oh how they love to turn this holiday into an exercise in fear. And I don’t mean to do the same, but we are dealing with psychopathic killers and we need to keep a wary eye out at all times.

BTW,  I don’t give Obama any credit for all this. He’s just a smooth liar and empty symbol who rubber stamps the agenda of the vicious Controllers.

Christmas terror hysteria started with our bungling shoebomber on Dec. 22, 2001 which first further ratcheted up the ridiculous airport security frenzy starting after 9/11. In 2002 the season’s hysteria was seemingly justified when 5 Arab men were reported to have crossed over from Canada en route to setting off a mini-nuke in NYC. That made things pleasant.

Then in 2003 the hysteria was built on a supposed confession from the middle east that they were going to bomb Las Vegas during the holidays, if you remember that one.  On Dec. 26, 2004 came the horrific, and suspicious, Indonesian earthquake and tsunami that dominated everyone’s thoughts and broke our hearts during the holidays. December 2005 there was a supposed threat on a Wyoming refinery, and Dec. 2006 they told us there was a terrorist hand grenade threat on a Chicago mall.

The next big one was in 2009 with the lame underwear bomber on Christmas day to spoil everyone’s festivities and which brought on eugenecist Chertoff’s deadly backscatter machines. And then here’s last year’s “terror threat” just to keep everyone on the ol’ fear bummer. Terror hysteria groundhog day once again:

A Muslim extremist has been caught in Iraq, and confessed to a plot to attack America on Christmas, and now the threat level has been heightened for the entire country. Al Qaeda is calling for terrorist to create chaos for Christmas in America as they go about their holiday plans. (Source)

And sure enough! The Portland patsy was caught uspposedly plotting to car bomb a Christmas tree lighting ceremony. All admittedly set up and planned by the FBI but who’s paying attention, anyway.

So Why The Silence This Year?

Unless I’m missing something, I’m not hearing it. That or I’m numb to it or not watching the mainstain news enough. They may just figure we’re sufficiently freaked out after years of this bullshit and with a crashing economy and the loss of all of our freedoms. Nothing major.

But that seems to be all we’re hearing about, the fascist clampdown taking place for “our security.”

…That, and something else is playing front and center in their propaganda:

Hmmmm. Wouldn’t it be convenient to move this program along while they put a halt to all this joy and sharing going on, however polluted the season has become? Why not jam it to everyone with something really horrid, like their slaughter of the childcare unit of the Murrow building–and without the traditional Christmas terror threat warning?

Horror is their calling card.

But as they do, they’ll get all kinds of benefits for whatever they pull off. They line up the dominoes real careful before they pull the trigger. And if they don’t do it now they’ll do it soon, especially if Americans keep up this protesting of the draconian laws, surveillance and coming checkpoints around the country, never mind the growing Ron Paul phenomenon.

So why not stage something and loose the hounds on Iran and Syria while we’re at it? And then maybe round up some of these protestors and activists? Why not, everything’s in place with FEMA camps operating as detention centers so unrest and opposition could be quelled in a hurry, or so they think.

And with the US military established in over 130 countries and bases throughout the middle east and Europe, never mind the private security companies, CIA, Mossad and other operatives, all they need is an excuse.

And that is very easily manufactured, whether it’s now or in the near future.

Don’t mean to spoil your holiday but this is the sad and very dangerous reality we live in. Be happy but don’t let your guard down.

Enjoy your family and loved ones, it’s the only time for many to get off their treadmills and get together. Celebrate away!

Happy thought? Soon every day will be a reason to celebrate instead of just one! It already is, but we gotta get rid of this control system so everyone will have a chance.

Loving non-compliance is the key.

Love and peace on earth to all,  Zen