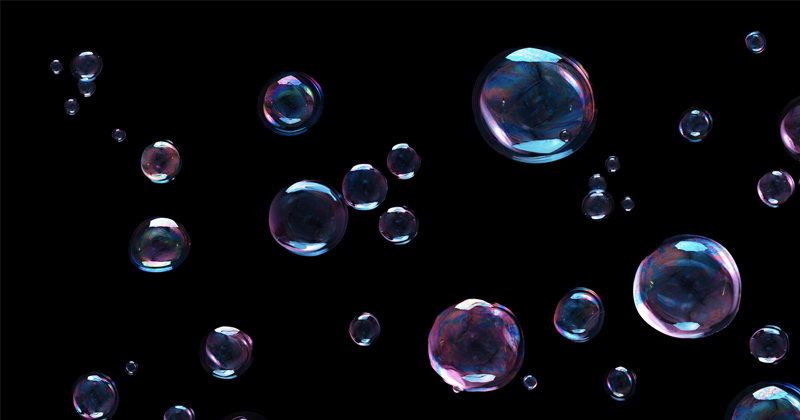 The Fed came out with a series of unprecedented measures on March 22, 2020. They announced the Fed will buy an unlimited amount of Treasurys and mortgage-backed securities (MBS), or as Peter Schiff refers to it, “QE infinity.” This has been very positively welcomed by many in the mainstream media and by businesses. Yet, what many are ignoring is that the Fed has to do this to keep the bubbles that it has created going. Recently, I wrote that the Fed has created many structural problems in the mortgage market, corporate bond market, and the car loan market. These issues have only been “waiting” for such a situation to come to the surface and severely hurt the economy.

After the recession of 2001 the Fed decreased interest rates substantially, and this along with other government policy led to the housing bubble that burst in 2007. Instead of allowing the market to adjust and get rid of the structural problems created by artificially low interest rates, the Fed decided that what they had to do was to reinflate the housing bubble. The Fed bought massive amounts of MBS to lower mortgage rates and reinflate the mortgage market. This was largely unsuccessful until mid-2012, but then house prices began to rise faster as the economy became more stable. As can be seen from the graph below, house prices have increased by about 50 percent since then and are now at an all-time high.

The graph above may show that the Fed was successful in inflating another housing bubble, yet prices alone do not reveal the whole picture. In the graph below, I show debt-to-GDP ratios for a variety of debts. The red line represents mortgage debt as a percent of GDP, and as it is clear from the graph as a percent of GDP, mortgage debt is decreasing. In fact, it has already decreased by about 20 percent since its all-time high. This shows the Fed was less successful in recreating the housing bubble of the early 2000s.

This is not to say that the housing market is not in a bubble, but the bubble is not in the levels it was last time. Hence, the Fed was less successful in using the housing market to create artificial economic growth. Yet, the Fed’s actions have led to many issues in the mortgage markets. These issues had the president of Ginnie Mae very worried as early as 2015. Here is what he said in his remarks at the Ginnie Mae Summit at the time:

Also, we have depended on sheer luck. Luck that the economy does not fall into recession and increase mortgage delinquencies. Luck that our independent mortgage bankers remain able to access their lines of credit. And luck that nothing critical falls through the cracks.

As the graph above shows the only private sector debt that the Fed was able to substantially increase, as a percentage of GDP, was the corporate debt. Corporate debt has increased by about 67 percent since the end of the Great Recession, from about $6 trillion to $10 trillion in just ten years. This has led to an increase of the corporate debt-to-GDP ratio by about 6 percent, to an all-time high of 46 percent. What is more, the quality of this debt has been deteriorating. Nearly half of the $4 trillion that was added postrecession are BBB rate bonds, or the lowest ratings of investment-grade bonds trench.

Corporations are not alone in this. All other businesses have now accumulated about $5.5 trillion in debt too, bringing the total debt of all businesses (nonfinancial debt only) to about $15.5 trillion. This makes percentage of total debt to GDP about 74 percent, which is higher than the mortgage debt-to-GDP ratio at its highest point in 2009, when it was about 73 percent. Hence, this time around the Fed has been more successful in fueling a business debt bubble.

Will the Fed Be Able to Fuel Another Bubble?

As discussed above, the Fed replaced to a large degree the mortgage bubble with the corporate bubble. But this happened because corporate debt and collateralized debt obligations (CDOs) did relatively well during the last recession. This may not be the case in the recession that many say has already started. In fact, this is very clear when one considers how the Fed has responded to the current economic situation brought about by the COVID-19 epidemic. The Fed now will be lending directly to corporations by using the Treasury to secure these loans. They argue that this is due to the shock the economy is in because of COVID-19, but what they are worried about is that the bubble they created is about to burst given the weakness in the corporate debt markets. The Fed knows that the corporate debt market is not in a good shape, since this has now become clear to many (see here, here, and here for a few examples). It remains to be seen whether they can stop this bubble from bursting or not, but if it does, and if what happened in the mortgage market after the last recessions can teach us anything, the business debt-to-GDP ratio will most likely decrease after the recession that we may be in already.

Before the Great Recession, we had the housing bubble fueled by the Fed. Then, the Fed replaced the housing bubble with the business debt bubble. The question that arises is: what will be the next bubble if the business debt bubble bursts? Looking at the graph above, the only other major debt category left that is big enough to play a role in the economy is government debt. The national debt-to-GDP ratio increased by about 40 percent during the last recession. However, since about 2013 the government debt-to-GDP ratio has stabilized somewhat, but now with the CARES Act (Coronavirus Aid, Relief, and Economic Security Act), some estimates place the deficit for 2020 alone will be $4 trillion. This will lead to at least an 18 percent increase in the government debt-to-GDP ratio in one year alone.

It seems the Fed’s last hope in fueling the next recovery will be government debt. In fact, the Fed has played a major role in the government debt increase, but now they are doing this at another level. Jim Bianco in an article at Bloomberg recently wrote that the Fed’s plan “includes a hard-to-understand $625 billion of bond-buying a week going forward. At this rate, the Fed will own two-thirds of the Treasury market in a year.” Hence, it is clear the Fed, intentionally or not, is going to make the government debt bubble worse than it is.

The Fed-fueled economy is unstable, and as the Austrian theory of the business cycle teaches us, sooner or later is bound to suffer from recessions. With each passing recession, the Fed finds it harder to refuel the last bubble, but the market moves on to the new bubble, as the Fed keeps interest rates artificially low. The problem the Fed is facing now is that since the last recession they have been unable to fuel good economic growth with artificially low interest rates, since GDP increased at about 1 percent below the post-World War II average of 3.2 percent. This may be because even with artificially low interest rates total debt has decreased as a percentage of GDP, as the graph below shows.

If this trend continues, the Fed will find it even harder to fuel economic growth by lowering interest rates. The problem here is: how far are they willing to go to keep the bubble economy going? Jim Bianco seems to be worried about what they are doing. He closed the article mentioned above by saying: “Fed Chair Jerome Powell needs to tread carefully indeed to ensure his cure isn’t worse than the disease.” Only time will tell what the results of the Fed’s actions will be, but it sure seems like they will not find it easy to fuel another private debt bubble. With only government debt left to increase, the Fed may have reached its limits in affecting the economy via interest rate manipulation.