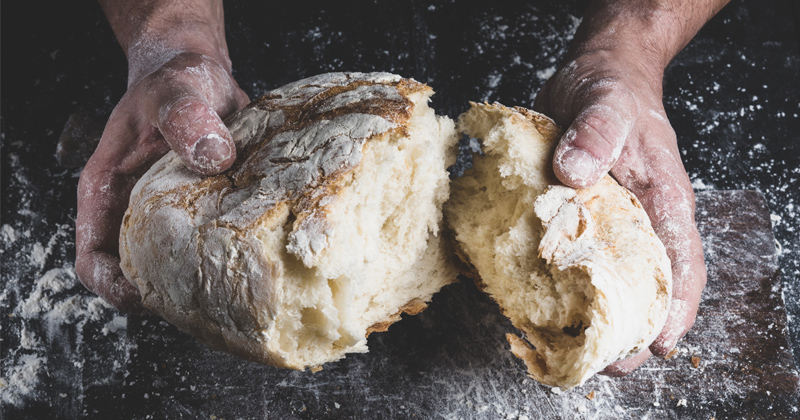 One day over the next few weeks, I will find my bank account $4,400 higher than the day before.

I’ll have more bread, so to speak. However, the circuses—the movies, concerts, sporting games, etc.—will remain nowhere to be found. Where is a Roman emperor when you need one?

Bettina Bien Greaves recounts the story of a young Ludwig von Mises guiding visitors through the nighttime streets of 1921 Vienna, “As the men approached the center of the city, the still of the night was broken by ‘the heavy drone of the Austro-Hungarian Bank’s printing presses.’ Their Viennese host, Mises, explained that those presses ‘were running incessantly day and night, to produce new banknotes.’ Throughout the land, only the printing presses making banknotes were operating at full speed.”

When funding the current stimulus package, neither Treasury secretary Mnuchin nor Fed chair Powell will endure the heavy drone of any printing press, nor will DC residents. A few keystrokes and the deed will be done—$2 trillion created out of thin air. And, with a just few strokes more, an additional $4 trillion for Fed lending and bailouts will be digitized into reality.

It is important to note that my stimulus check is not the other side of an exchange, one where I provided labor, goods, or property to another acting individual. Instead, those unbacked digits are, as Rothbard noted, “Counterfeiting, plain and simple.”

And like all counterfeiting, the stimulus package is nothing other than “a method of taxation and redistribution—from producers to counterfeiters.” Therefore, my $4,400 is part of that redistribution, hush money to keep me quiet about the grander deal.

But keep quiet from whom? The MMT (modern monetary theory) folks say it’s the government’s money, which it can do with as it pleases, with no negative implications. Others say that I simply owe it to myself, more like advancing myself a few dollars intertemporally—if that statement even makes sense. However, most will claim that the stimulus will strengthen the economy, as if money created out of thin air can magically produce factors of production or consumer goods out of thin air.

As Mises wrote, “The first rule, or the only rule which we have to teach to everybody in explaining the problems of money is that an increase in the quantity of money brings about for the group, for the people, for the society, for the king, for the emperor who does it, a temporary improvement of the situation. But if so, why do it today only and not repeat it tomorrow? This is the only question. And this is the problem of inflation.”

And it won’t be done today only. There is already talk about the next stimulus package—the next big counterfeiting. It may even repeat itself until I end up with a $100 trillion bill to display alongside the one I have from Zimbabwe.

I am certain that I will not be on the winning side, but instead will be among the losers, just like all but the well-connected few. Our payoff, our hush money, is only one-twentieth or so of the total package. The effect of the other nineteen-twentieths will completely drown any temporary improvement in our individual situations. So, my short $4,400 high will be followed by a horrifying $108,000 crash.

However, the stimulus is not our only worry. Today, our ability to produce is greatly hampered by edicts from the feds and the states. Our circuses are closed, with shops and business large and small shuttered as well.

The truth is that you and I need goods and services to live, not electronically printed dollars.

The Bolsheviks in the Soviet Union promised workers higher wages. And they delivered, just as our government will deliver on its stimulus checks. However, we may soon face the same situation as those Soviet workers; we will stand before empty shelves with pockets full of worthless money.

There can be nothing worse, economically speaking, than $6 trillion chasing goods that aren’t being produced.