While it is easy to blame western sanctions for the recent tribulations at the world’s largest aluminum company, Oleg Deripaska’s Rusal, the reality is that the industry specific issues plaguing aluminum makers, certainly including former Dow Jones Industrial Average member Alcoa, which involve a fair share of manipulation of physical inventories at assorted global warehouses are much more responsible than some theatrical rhetoric flaring up between the West and East in the past month.

Regardless of the cause, as FT reports, Rusal just announced it is on the verge of insolvency after it warned of “material uncertainty” about its future, and that it has asked its creditors to delay repayment on a maturity from its $10 billion debt pile due next month.

Rusal warned of “material uncertainty” over its future as the world’s largest aluminium producer reported a $3.2bn loss in its worst annual performance since 2008.

The Russian aluminium group, controlled by Oleg Deripaska and listed in Hong Kong, confirmed that it had asked lenders to delay a repayment due next month on part of its $10bn net debt pile.

It said that it expected to complete long-running negotiations with its banks to amend the terms of its debt, but warned that there could be no certainty it would succeed.

“Management acknowledge that these conditions result in the existence of a material uncertainty with respect to the group’s ability to continue as a going concern,” the company said. Rusal’s auditor, KPMG, included an “emphasis of matter” paragraph in its report on the company’s earnings statement to draw attention to the issue.

Any other time, a successful waiver or debt extension (at a price) would have been guaranteed, thank the unprecedented amount of liquidity sloshing around desperate to earning some, any return, but now that politicians are involved, it would not be surprising if a Steve Ratner-type figure were to make a few phone calls to Rusal’s offshore lenders, and force them to demand payment or else put the company – long a shining star of the Russian commodity landscape – in default, a move which would certainly leave a mark on Vladimir Putin’s ego, if not his bottom line. After all, Putin would certainly enjoy getting additional “equity” stakes in other domestic commodity companies in exchange for bail outs.

FT’s take: “Rusal’s difficulties highlight the plight of Russia’s metals sector as it struggles under the burden of a slowing economy, weak commodity markets and the imposition of sanctions from the west.” Fine – force it to default. The temporary plunge in supply will simply drive the price of aluminum higher, and in the meantime, Rusal’s new owner will be the Russian government itself.

FT is more accurate in its assessment of how the company ended up in a sorry state that reflects the near-crash Russia’s commodity industry found itself in early 2009:

Rusal’s $3.2bn loss was exacerbated by $1.9bn in writedowns and restructuring charges as it closed high-cost plants in an attempt to reduce costs. It was its worst annual performance since a $6bn loss in 2008.

The company’s aluminium production fell 7.6 per cent from 2012 to 3.9m tonnes, while its production cost per tonne fell 3.6 per cent over the year to $1,864. Benchmark aluminium prices on Friday were trading at $1,753 a tonne.

Mr Deripaska, chief executive, said the company had “gone through a difficult, but important transformation” and predicted resilient demand for aluminium. Rusal has been weighed down by high debts since it spent $14bn to buy a stake in Norilsk Nickel in 2008 just before metals prices tumbled in the financial crisis. It underwent a huge restructuring in 2009, but has remained highly leveraged.

In a nutshell Rusal has become a curious nexus of three distinct issues: i) corporate overleverage, a pervasive problem for corporations which as we pointed out a month ago have far more net debt than they did at the last bubble peak; ii) an industry in decline as the key marginal market, China, is no longer in peak euphoria mode – one need only look at the most recent “non-one time, non-nonrecurring charges” Alcoa earnings report to see how the aluminum space is going from bad to worse, and iii) a new political wildcard, as it is increasingly becoming obvious that the next cold war will be fought in bank board rooms, at least from the perspective of the US.

There is a fourth point. Rusal on Thursday “received a surprise boost when it won a court battle over proposed new London Metal Exchange trading rules, which the aluminium producer said had helped to push down prices.” In other words, if something does happen to Rusal, one can expect an accelerated discovery of just how the big banks and commodity trading firms are abusing commodity warehouses in and out of the US, in order to manipulate prices – something the Fed recently promised it too would look into, although nobody is holding their breath, as among the firms most directly impacted would be Goldman and JPMorgan, not to mention Swiss giant Glencore.

So pay close attention to Rusal – should it indeed default, Putin may take that as an unwillingness to negotate (assuming of course this was not the desired outcome all along) a forbearance by the West as an escalation going directly at Russia’s lifeblood. How Putin would retaliate is unknown, but since the former KGB spy has had the bulk of his recent foreign policy wins in the geopolitical map, one could see why Ukraine, of all places, and all other former USSR member countries, should be nervous to quite nervous should the world’s largest aluminum company file for bankruptcy protection in the coming weeks. 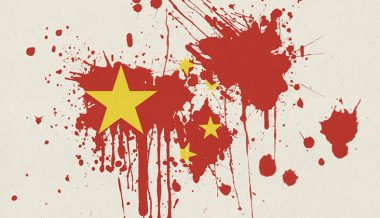 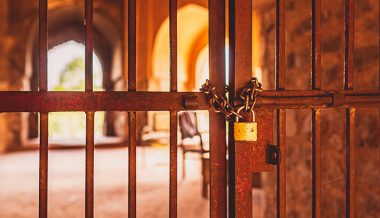