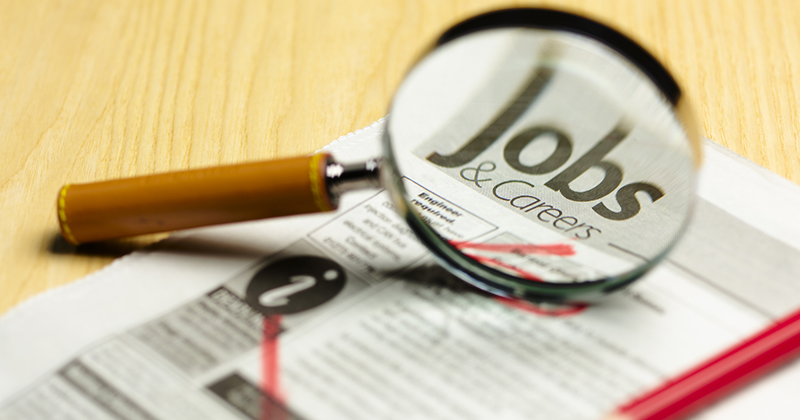 Is the U.S. economy starting to rebound from the massive downturn that the coronavirus lockdowns caused?

Some new employment numbers were released on Thursday, and they were very interesting.

Many are boldly declaring that these new numbers are fantastic news for the U.S. economy, but that is greatly oversimplifying matters.

So far in 2020, tens of millions of Americans have lost their jobs, and we knew that millions of those jobs would eventually come back as COVID-19 restrictions were lifted.

Harrison expresses his love for Mount Rushmore and all monuments of all heritages that celebrate good people.

And on Thursday, we received confirmation that millions of those jobs are indeed coming back…

Nonfarm payrolls soared by 4.8 million in June and the unemployment rate fell to 11.1% as the U.S. continued its reopening from the coronavirus pandemic, the Labor Department said Thursday.

Without a doubt, this is good news.  But it also appears that the numbers are not entirely accurate, and we will discuss that more in just a bit.

But first, I wanted to point out that the main reason why payrolls rose by 4.8 million was because the number of Americans that were classified as being temporarily laid off declined by 4.8 million last month.  At the same time, the number of permanent job losses last month actually rose by more than half a millioncompared to the month before…

Another big contributor to the decline of the jobless rate was a plunge in those on temporary layoff. That total fell by 4.8 million in June to 10.6 million after a decrease of 2.7 million in May. The short-term jobless level fell by 1 million to 2.8 million.

However, those reporting permanent job losses also jumped, rising by 588,000 to 2.883 million, the highest level in more than six years.

This is clearly bad news.  It was expected that millions of those that had been temporarily laid off would start going back to their old jobs, but what we didn’t expect was a huge spike in the number of permanent job losses.

And now let’s get to the “ugly” portion of the numbers.

Indeed, new jobless claims remained stubbornly high last week, with another 1.427 million Americans filing, above the estimate of 1.38 million, the Labor Department said in a separate report Thursday. Continuing claims actually increased by 59,000 to 19.3 million, highlighting the jobless problem likely exacerbated by the ongoing presence of the virus and its economic impact.

That is not what a “recovering” economy looks like.

In fact, those numbers are absolutely abysmal.

Can anyone out there explain to me how the economy is possibly “recovering” when Americans continue to file for unemployment at levels that are way beyond anything that we have ever seen before in all of U.S. history?

Overall, more than 48 million Americans have now filed new claims for unemployment benefits over the past 15 weeks.

But the Bureau of Labor Statistics would have us believe that only 17.75 million Americans are currently unemployed even though the number of Americans that are filing continuing claims for unemployment is far greater than that.  This point was brilliantly made by Zero Hedge earlier today…

Alas, as of this moment, the definitionally smaller circle is bigger than “bigger” one, and as the DOL reported today, there were 19.29 million workers receiving unemployment insurance. And yet, somehow, at the same time the BLS also represented that the total number of unemployed workers is, drumroll, 17.75 million.

If you said this makes no sense, and pointed out that the unemployment insurance number has to be smaller than the total unemployed number, then you are right. And indeed, for 50 years of data, that was precisely the case.

By putting out such absurd numbers, the BLS is starting lose any credibility that it had left, and that is incredibly sad.

Meanwhile, fear of the coronavirus is causing some states to start instituting fresh restrictions, and it appears that this is causing U.S. economic activity to slow down once again…

High-frequency data assembled by Federal Reserve officials, economists, cellphone tracking companies, and employee time management firms suggests activity slowed in recent days, clouding a strong U.S. employment report that may prove to have been driven by an exuberant start to the month as states reopened.

In other words, we should expect the economic numbers for July to be quite dismal.

Right now, a fresh wave of fear is sweeping across the nation.  The number of confirmed cases of COVID-19 has surged dramatically in recent days, and according to Gallup more Americans than ever believe that the pandemic is “getting worse”…

What this means is that economic activity is going to remain at very depressed levels for the foreseeable future.

Without enough revenue coming in, more businesses will fail and more workers will lose their jobs.  Without jobs, many Americans will not be able to pay their bills, and this will put an immense amount of pressure on financial institutions.

The truth is that the economic outlook has not improved one bit.  If anything, it has actually deteriorated over the past couple of weeks.

Fear of COVID-19 has plunged us into a new economic depression, and it looks like fear of COVID-19 will keep us in one for the rest of 2020 and beyond.