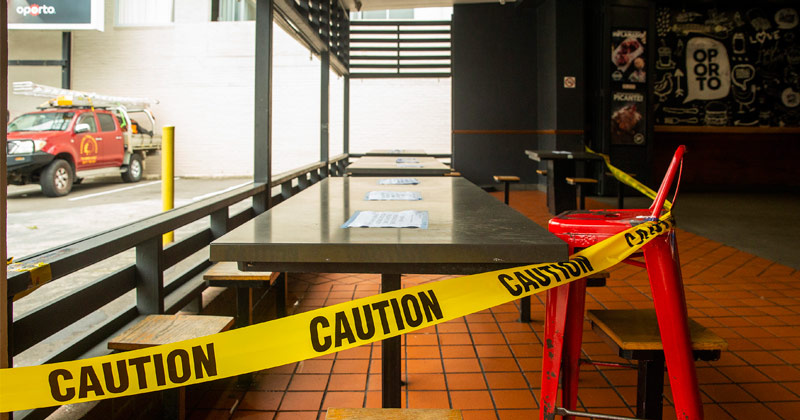 The current coronavirus strategy of most governments is a recipe for a worldwide economic disaster.

In many countries, the strategy of confinement and forcing shops to close is a surefire path to large-scale business failures. The cascade of economic and financial repercussions to come is likely to lead to another Great Depression. Italy, for example, already had a 135 percent debt-to-GDP ratio before the crisis. It is hard to imagine how it will be able to borrow more without mutualizing its debt with the rest of the EU—something the northern European countries are still strongly opposed to. The European Central Bank is already printing money like crazy, and if Italy becomes another Greece, the ECB will make it ramp up the printing presses even more.

The media and politicians have taken to repeating many sensationalist claims that overstate the risks of COVID-19. To save lives in the short term, nearly the entire population of Europe is currently being held under house arrest and many businesses have been put into a preliquidation state, no longer able to realize a profit due to inactivity. The current strategy is not to stop the virus in its tracks but rather to spread the rate of contagion out over time so that the peak will be at a level that is more manageable for the healthcare system. Governments took the biased advice of healthcare professionals without weighing all the pros and cons. This prolongation in time, however, will come at a steep economic and human cost.

In the longer term more lives will be lost if we continue this strategy. How many small business owners will end their lives prematurely? In the modern era, for every 1 percent increase in the unemployment rate, there has typically been an increase of about 1 percent in the number of suicides. A study conducted by Brenner in 1979 found that for every 10 percent increase in the unemployment rate, mortality increased by 1.2 percent, cardiovascular disease by 1.7 percent, cirrhosis of the liver by 1.3 percent, suicides by 1.7 percent, arrests by 4 percent, and reported assaults by 0.8 percent. How many lost lives out of 300 million in the USA does a 5 percent, 10 percent, 15 percent unemployment rate represent? Even in the worst-case scenario for the virus, the total number of deaths caused by coronavirus would constitute only a small fraction of total mortality.

Researchers and drug companies are already exploring a variety of treatments. Unfortunately, FDA regulations requiring long-term testing make it virtually impossible for these drugs to be available in time to treat the effects of the virus in the near term. The same government which insists that the house is burning down is also arguing over the quality of the water poured on the fire.

The “flatten the curve” strategy rests on bringing the economy to a standstill. But it is important to admit that there are real costs associated with shutting down the economy, in terms of human life, education, and many other things we value. Given that economic stagnation and unemployment really do endanger human life, our current bleak choice is between many short-term deaths and a much larger long-term death toll created by impoverishment. We must return to a business-as-normal situation as soon as possible.

We need to free drugs from overbearing regulations and make them widely available (with appropriate dosage recommendations and warnings) at a market price, without the need for a prescription. We need markets to be free so that they can provide a wide choice of medications.

It is also naïve to think that businesses and people won’t adapt to the perceived threat. Restaurants can seat patrons several meters apart. Waiters and cooks can wear masks and gloves. There are an infinite number of innovative ways people can and will adjust. The fact that we cannot imagine a voluntary market solution does not mean that one does not exist. South Korea is a better example to emulate. Instead of an authoritarian lockdown of its people, it took a much more libertarian approach to the problem that is already having promising results.

This market-oriented strategy is obviously not without risks, but we must move away from the current defensive sixteenth-century bunker mentality and consider less disastrous economic alternatives.