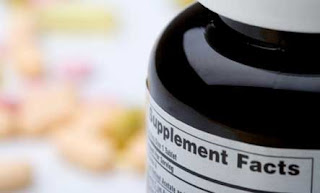 The ignorance of the vast majority of Americans toward Codex Alimentarius, unfortunately including most natural health advocates, is one reason Codex is not currently a major source of popular concern. However, another more disturbing reason is that even those who are aware of the dangers of Codex are convinced that its decisions will have no impact on the laws of the United States.

In recent years, the United States has seen an increasing interest in the areas of natural healthcare and vitamin and mineral supplements. At the same time, however, the level of activism defending those treatments and industries has been steadily decreasing. This is significant because the amount of attacks against them have been increasing as well. In general, this is because Americans have been lulled into complacency by a false sense of security known as the Dietary Supplement Health Education Act (DSHEA).

In 1994, largely due to a public movement to protect dietary supplements and natural alternatives to the pharmaceutical and medical industries, Congress passed the Dietary Supplement Health and Education Act of 1994.[1] A result of widespread public demand and true grassroots organization, DSHEA was the greatest success to date in the battle for health freedom.  According to the official summary of the bill by the Food and Drug Administration, “In the findings associated with the DSHEA, Congress stated that there may be a positive relationship between sound dietary practice and good health, and that, although further scientific research is needed, there may be a connection between dietary supplement use, reduced healthcare expenses, and disease prevention.”[2]

Considering the hold that pharmaceutical and medical companies had on Congress even in 1994, this was a bold move. Essentially the mass public movement and Congress’s fear of losing their reelection bids combined to force a compromise in relation to the freedom of Americans to freely access herbal and nutritional supplements.

One of the best aspects of DSHEA is that it classifies nutrients and herbs as a type of food.[3] Therefore, there are no upper limits set and access is not restricted from the general public.  This is perhaps the most important part of DSHEA in its relation to Codex Alimentarius guidelines. After all, it stands in direct opposition to the principles of Codex, which essentially do not accept that nutrition plays a role in human health.[4] The law also provides for the availability of “third party materials” that may be used to inform customers of the health related benefits of the supplements for sale. This includes “articles, brochures, book chapters, scientific abstracts,” etc.[5]  Previously, this was severely restricted.

Now, under DSHEA, herbal and supplement retailers may display and sell such material in their establishments. The law also allows various statements to be made on the label of dietary supplement containers although these statements are still severely restricted. Previously only the name (which was also heavily restricted) of the supplement was allowed on the label. However, after DSHEA came into effect, certain claims may be made by the manufacturer about the linkage between a supplement and the reduction of risk of a certain type of disease. DSHEA also provides for the inclusion of “new dietary ingredients, so long as they meet FDA standards.”[6]

However, for all the good that DSHEA has done for the natural health community, there are several weaknesses in the law as it currently stands.

However, most health freedom advocates are unaware of this. In the opinion of many, DSHEA is a solid rock that protects all avenues of supplementation and one that will never be challenged. Clearly, this is not the case. Indeed, one need only look at the FDA banning of vitamin B17

[10]  and forms of vitamin B6 [11] to realize the danger posed by the control wielded by these agencies.

[12]  Logically, this gives the FDA the authority to remove any supplement that does not meet these standards.[13]  Indeed, the law gives this authority to the Secretary of Health and Human Services directly.[14]
Although the law states that these guidelines are to be modeled after regulations in place for the rest of the food industry (at the time of its passing), given the history of the FDA and the FTC, there is ample room for concern that these institutions may introduce standards that are so high that no manufacturer can meet them or so expensive that they will be unable to afford to do so.

In fact, in 2003, the FDA proposed a set of rules that would cause these manufacturing processes to be so stringent that they would exceed the standards required of pharmaceutical companies.

[15]  The implementation of these new rules would cause the production costs to skyrocket, forcing smaller manufacturers to close their doors and the prices to jump through the roof for the remaining products.[16]

Third, a supplement may not make claims regarding the effects it may have in terms of preventing, curing, or treating any disease. One need only read the label of a natural supplement in order to see the effects of this policy. The wording on these products reads thus, “This product is not intended to diagnose, treat, cure, or prevent any disease.”  This is because of the “Nutritional Support Statements” clause in DSHEA.

For instance, claims that a certain supplement cures cancer or relieves the symptoms of osteoporosis are not allowed. Natural dietary supplements are held to the completely biased standards of the FDA (which claims that only a drug has the right to claim to treat, cure, or prevent disease

) [17] and the FTC.[18]  The claims that can be made must be worded perfectly and only imply a possible link to the supplement in question if the product qualifies to do so.

Currently under these standards, claims that calcium may be linked to a reduction in risk of osteoporosis might be allowed and claims may also be made describing the particular supplement’s effect on the “structure or function” of the body or the “well-being” achieved by consumption of the product.

[19]  “Structure and function claims are those that assert “skeletal system support” or “circulatory system support.”[20] Fourth, while DSHEA grants dietary supplement retailers the right to display “third party” materials in their establishment, the content and location of these materials are strictly limited. Contrary to the First Amendment rights guaranteed in the Constitution, as well as free market principles, they cannot list any supplement by brand name or have any promotional material attached to them.

[21]  Of course, since the U.S. Government has determined that the FDA and the Department of Health and Human Services are the ultimate authorities in relation to dietary supplements, it follows logically that these organizations have the final say on what a “balanced view” actually is.[22] Such criticism of DSHEA is not meant to minimize the protection it has afforded to the natural health and dietary supplement industries or to the American citizenry as a whole. After the passage of DSHEA, both of these industries expanded greatly and were able to emerge from the shadows they had been forced to lurk beneath for so long. Individuals were now granted access to an alternative form of healthcare to the modern medical industry that was (and still is) being forced upon them.

Americans were now granted more control of their own lives and health as well as the ability to follow up on their decisions and purchase the appropriate herbs, vitamins, or mineral supplements of their choosing. As a result, millions of Americans have awakened both to the enormous benefits of natural healthcare and the many dangers of modern medical “science.”

However, DSHEA clearly does not provide the all-encompassing blanket protection that many think it does. The FDA, FTC, and HHS have more much power than many are aware of.  Given the connection between individuals in these agencies and many globalist organizations such as the Bilderberg group, as well as the pharmaceutical industry itself, this is a very frightening thought.


These agencies have access to all the legal excuses, media spin, and biased “scientific” studies they need to launch a successful attack on natural healthcare as a whole and remove the freedom of choice from the American people. This has already happened several times on a smaller scale.

Because of the firm grip that the pharmaceutical industry, international banks, and other globalist functions have on the mainstream media, these attacks were severely under reported and virtually ignored. When they were broadcast, a significant amount of spin, and often outright lies was employed in order to project the government agencies as benevolent protectors and the treatments and/or practitioners as evil quacks. The only thing truly needed for this to continue and ultimately succeed is the right amount of apathy from the citizenry. Unfortunately, it appears we might finally have reached that point.