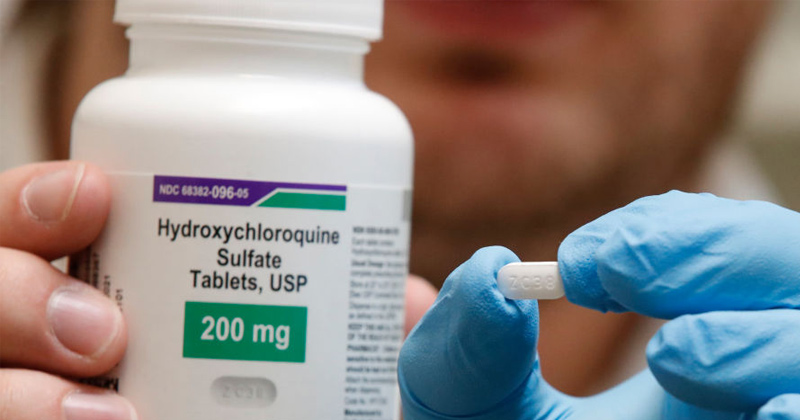 After President Trump declared that he uses hydroxychloroquine, the Food and Drug Administration (FDA) walked back its advice against the drug and seemingly all others as well. “The decision to take any drug,” the head of the agency said, is “between a patient and their doctor.”

The FDA has had two shining moments during the spread of the coronavirus. At neither time did the agency do something so much as it undid something.

The first moment was March 13, when the FDA dropped its onerous approval process for coronavirus test kits. It was still late to the game, but the move helped save face.

On Tuesday, there wasn’t much left to preserve after the FDA commissioner issued a statement essentially nullifying much of his own bureaucracy’s purpose for existing.

“The decision to take any drug is ultimately a decision between a patient and their doctor,” FDA commissioner Dr. Stephen Hahn said in an emailed statement to various news outlets, including the Hill and CNBC.

This came in response to President Trump’s remarks that same day that he had been taking hydroxychloroquine (HCQ) as a preventative measure against COVID-19 for “a couple weeks.”

“I think people should be allowed to,” Trump said.

The FDA would say that, technically, people are allowed to use HCQ. It’s just not government approved for anything other than malaria, lupus, and rheumatoid arthritis. And although doctors may, and do, prescribe it for “off-label” treatments, a prescription—a government-mandated document that controls public access—is still required.

What does it matter, beyond the legal consequences, whether a prescription is written for HCQ or not? In Trump’s case, the president merely requested HCQ from his doctor. It wasn’t even recommended to him. Suppose no prescription were required and HCQ were over the counter. Might Trump or anyone else consult their physician or a pharmacist anyway?

All the prescription law can do is potentially weaken the doctor-patient relationship.

As the late Dr. Thomas Szasz observed in his book Our Right to Drugs, a “colossal charade” between patients, doctors, insurance companies, and the government arises from this regulatory framework of prescription drug laws. He wrote:

The fact that our drug laws require people to secure a prescription for many of the drugs they want (but cannot get on the free market) fosters a mutually degrading dishonesty between physicians and patients.

The FDA’s latest statement that taking “any drug” is a decision between doctors and patients contrasts sharply with the one it made a little over three weeks prior regarding HCQ. On April 24, the agency cautioned against using HCQ “for COVID-19 outside of the hospital setting or a clinical trial due to risk of heart rhythm problems.”

Although not a direct contradiction, the May 19 statement makes a substantial difference in the April 24 statement’s effect. That’s because it’s reasonable to expect that the FDA will typically enforce its opinions through a perceived threat of coercion.

As investigative reporter James Bovard wrote in this space last month, the FDA has a history of using intimidation tactics to secure compliance with unfinalized prohibitions, including against “off-label” drug treatments.

In 1991, then FDA commissioner Dr. David Kessler told the Drug Information Association that the FDA would use seizures, injunctions, and prosecutions to enforce its ban on drug companies sharing “off-label” use information with doctors. The ban was never formalized, but Kessler said: “I would urge all members of the pharmaceutical industry to take a long and hard look at their promotional practices. I do not expect companies to wait until this guidance becomes final to put their advertising and promotional houses in order.”

Kessler would not be proud of the current FDA head, who concedes that “ultimately” doctors and patients have the decision-making power over drug use.

In 1992, Kessler said quite the opposite:

If members of our society were empowered to make their own decisions…then the whole rationale for the [FDA] would cease to exist.

At least Kessler was more consistent than Hahn is. There’s no sign that Hahn will follow through his words that doctors and patients may decide how “any drug” should or shouldn’t be taken.

That’s too bad, because when the doctor-patient relationship isn’t interrupted by bureaucratic third parties or red tape, it is the strongest bulwark against drug and prescription abuses.

What benefit is a layer of FDA regulations that simply restrict everyone’s freedom for the sake of those who will circumnavigate the rules, anyway? The principle is more commonly accepted in the gun control debate, but it is the same in the prescription drug control debate.

Trump got it right when he said people should be allowed to decide for themselves. His words clearly influenced the FDA’s messaging. We can allow ourselves a little hope, but realistically, substantial reform towards more freedom in medicine may have to wait until a worse crisis demands it.