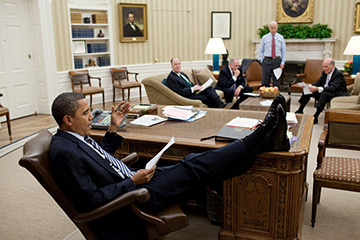 Members of Congress and constitutional law experts testified before the House Judiciary Committee on Wednesday, warning that the legislative branch is in danger of ceding its power in the face of an “imperial presidency.”

The hearing, “Enforcing the President’s Constitutional Duty to Faithfully Execute the Laws,” focused on the multiple areas President Barack Obama has bypassed Congress, ranging from healthcare and immigration to marriage and welfare rules.

Jonathan Turley, Shapiro Professor of Public Interest Law at George Washington University, testified that the expansion of executive power is happening so fast that America is at a “constitutional tipping point.”

“My view [is] that the president, has in fact, exceeded his authority in a way that is creating a destabilizing influence in a three branch system,” he said. “I want to emphasize, of course, this problem didn’t begin with President Obama, I was critical of his predecessor President Bush as well, but the rate at which executive power has been concentrated in our system is accelerating. And frankly, I am very alarmed by the implications of that aggregation of power.”