If there was an award for the less Christmas-y Christmas card in the History of the world, I believe that the 2013 Kardashian Christmas card would take the prize. Shot by elite fashion photographer David Lachapelle, the card is a rather grim and depressing summation of the entertainment world – an industry ruled by a shadowy elite that is turning popular culture into a toxic wasteland populated with vacuous celebs such as the Kardashians.

The wide panoramic card is filled with symbolism and references describing everything that the Illuminati entertainment industry is about. The shot takes place in an abandoned movie theater, one that appears destroyed and vandalized.  Here’s the card (click to enlarge).

There’s a lot going on there, so let’s look at it from left to right. 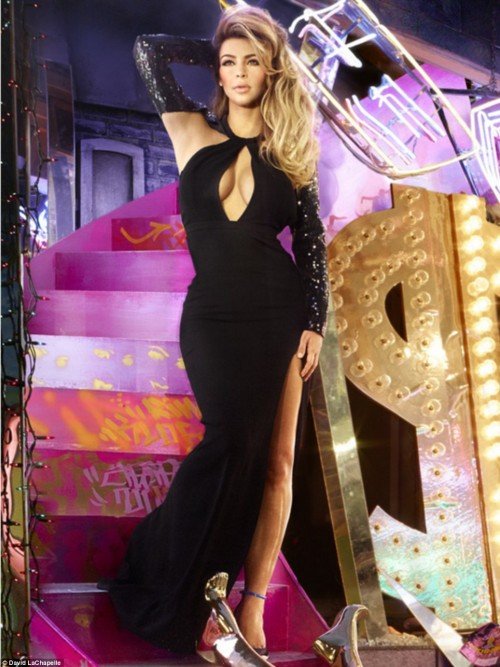 First, there’s Kim Kardashian posing with a revealing outfit. Her curves are main reason why her entire family is famous right now. That is maybe why there’s a huge dollar sign next to her. 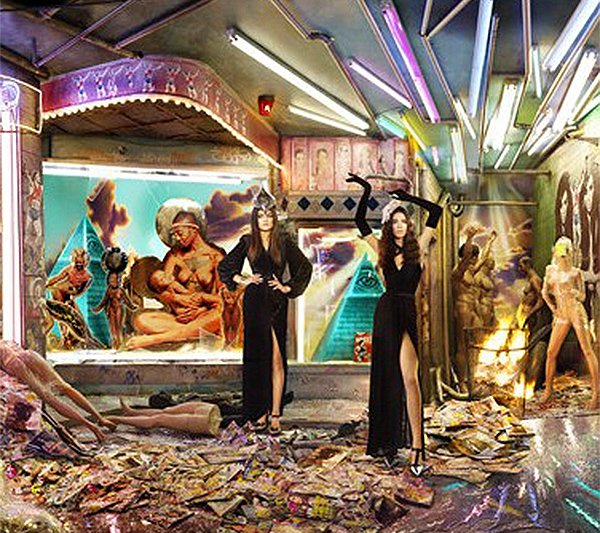 Behind the Jenner sisters are two Illuminati pyramids, complete with the All-Seeing Eye. The card can’t be clearer about who “owns” this entire family. Scattered around the card are dismembered mannequins, a symbol that is often used to represent Mind Control, a practice that is rampant in the Illuminati entertainment industry. 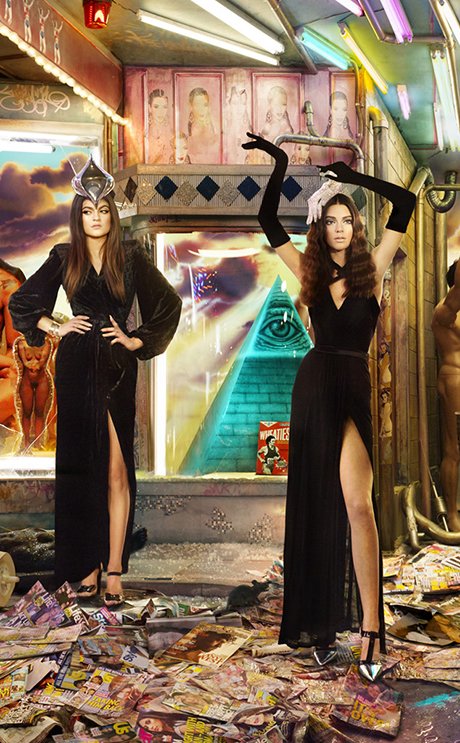 Kylie (left) wears a vulva-shaped headdress making her look like some kind of high priestess. The sisters stand on a pile of “celeb-worship” magazines, the mountain of garbage on which their careers are built on (Kanye depicted as Jesus on the cover of Rolling Stones is part of it). Behind the sisters (at the base of the pyramid) is an almost ironic box of Wheaties featuring Bruce Jenner when he was an Olympic athlete. 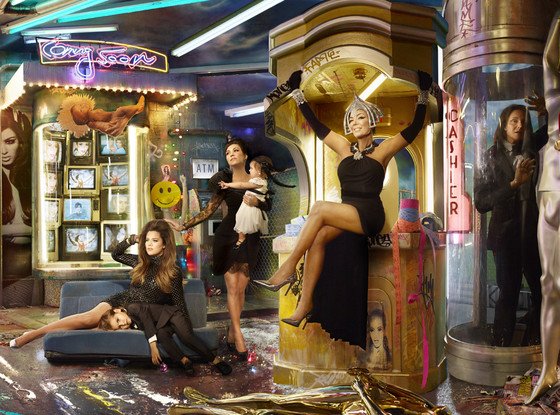 Khloe Kardashian poses sitting on the backseat of a car (why?) while Kourtney’s son Mason lays on it, looking as if life was sucked out of him. Above them is a cardboard cutout looking like a baby-Jesus, with a glory around its head. Is that North West? The matriarch of the family, Kris Jenner looks like some kind of female Pharaoh while Bruce is in distress, stuck in a tube, about to run out of air. Between them is the word “cashier”, maybe meaning that it is all about money transactions. Above both of them is tagged the word “fame”, implying that they’re ready to do whatever it takes to be famous.

Next to Bruce is a dismembered mannequin wearing his Olympic medals. Did Bruce lose his “hero” status to become an encapsulated pawn of the entertainment industry?

Contrasting with the family’s obsession with fame and fortune are images of African mothers and babies in the background. Of course, nobody appears to care about them, the world prefers to gossip about the family that is “famous for being famous”.

In short, this card sums up what popular culture in 2013 is all about: Illuminati, mind control, superficiality, exploitation of children and all around mind-numbing, time-wasting idiocy. Merry Christmas!