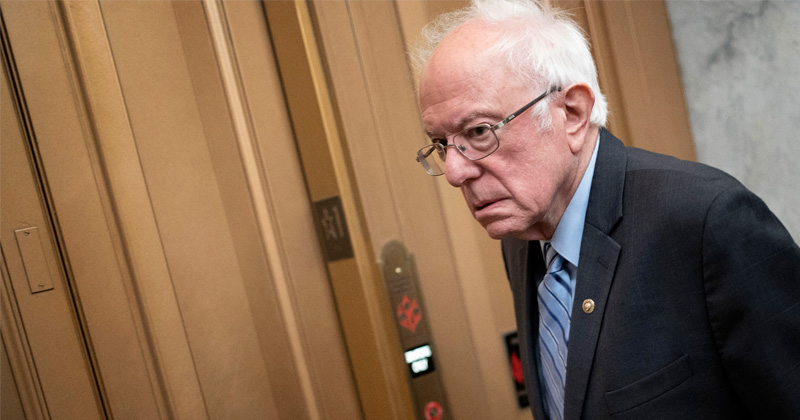 When one imagines working on Wall Street, he envisions stock traders scrambling to place buy or sell orders, perhaps even some puts or options.

Today’s powerful artificial intelligence tools allow traders to game stock market trading. In some ways, this computer-driven high-frequency trading resembles actual gaming in that it may seem as if one is simulating various trading scenarios. Unexpectedly, politicians view this sort of behavior as providing little value to society, thus some progressives are seeking to institute a Wall Street speculation tax or a financial transaction tax.

Progressive members (including Senator Bernie Sanders) of the 116th Congress introduced the “Inclusive Prosperity Act of 2019,” which imposes “a tax on certain trading transactions to invest in our families and communities…strengthen our financial security, [and] expand opportunity and reduce market volatility.” Finding 9 of the introduced bill delineates Congress’ interest in limiting “high frequency trading which may be as high as 70 percent of the market and results in declining market stability through extreme price volatility, distorted market prices, and structural vulnerability to speculation far in excess of the liquidity needs of commercial hedgers.”

Senator Bernie Sanders has spearheaded this effort to end computer-driven high frequency trading. According to the Tax Policy Center, this trading constitutes “roughly half [of] all stock market volume.” High-frequency trading relies on “arbitraging tiny spreads in stock prices,” which Sanders seeks to tax. In addition to high-frequency trading, some investors engage in stock market speculation. The Tax Policy Center continues, “thanks to lower transactions costs, the rise of investment vehicles such as mutual funds and exchange-traded funds (ETFs), and the growth of 401(k)s and IRAs, middle-income households have been able to enjoy some of the benefits of investing in the stock market.”

Moreover, losses on Wall Street can result in large losses for those outside of the financial sector as well. Pension funds, 401(k)s and IRAs, mutual funds, exchange traded funds, and college endowments rely on investing through the stock and bond market. Similarly, some employees are paid in stock options. Financial transactions and investments have far-reaching influence into the business of everyday Americans. Barron’s makes note of the irony of this tax: “a levy on transactions would come just when there has been a race among investment firms to slash costs to individual investors through such things as free commissions and zero-expense exchange-traded funds. A trading tax would more than offset those advantages.” While some seek to portray high-frequency trading as doing little or nothing to improve market liquidity, a financial transaction tax is likely to discourage trading and have wide-reaching effects.

Think of a financial transactions tax as the following: You spend $20,000 on a stock investment. The financial transaction tax for stocks is 20 basis points or 0.2 percent. Your initial investment is $20,000 but you incur an initial tax of $40. In five years, you sell your stocks for the price of $40,000. The sale of stocks also requires a financial transactions tax, so you owe $80. In addition, a capital gains tax applies to your $20,000 you made from the sale. For the ease of calculation, the capital gains tax rate of 20 percent requires you to pay $4,000 in addition to the $120 you have paid for the financial transaction tax. Never mind that the $20,000 in capital gains is only the nominal value because of inflation over the course of five years. Of course, if you are fortunate enough to afford a top-quality lawyer and accountant, you can use the bevy of tax loopholes that exist to help taxpayers avoid taxes.

Proponents of a financial transactions tax note that the tax rates are fairly low and would only affect larger investors. While this may appear true on the surface, this cost would be passed on to consumers inevitably. It is incredibly naïve to believe that financial investors are going to “eat the costs” associated with this tax. As the Investment Company Institute stated, the initial tax would be “very modest,” but it “becomes very tempting to increase it. You’re on a slippery slope.”

Between 1914 and 1966, the United States had a transaction tax on the issuance and transfer of stocks. According to a National Tax Journal paper, the taxation rate increased over time. The financial transactions tax (FTT) is meant to curb stock market speculation; however, during the 1920s, the tax did not “reduce speculation sufficiently to avert the stock market crash.” The paper’s authors note that in recent years several developed nations “have repealed FTTs…presumably because of competitive pressures stemming from globalization and technological changes that have made shifting trading to other markets less costly.”

Proponents of the FTT would likely argue that investors will not materially shift trading outside of the United States, especially given the low tax rate. “With adequate international coordination, offshore transactions by United States taxpayers could still be captured by a transaction tax, just as an out-of-state Internet purchase can face the sales tax that prevails in the purchaser’s states,” writes the New York Times . Of course, “a transaction tax would be more effective if it were adopted worldwide,” the New York Times continues. Overall, the idea of a financial transactions tax is highly contentious given the possibility of negative externalities on unexpecting parties.

Section 2 of Inclusive Prosperity Act of 2019 outlines numerous findings pertaining to demonstrate how Wall Street’s alleged greed was the sole contributor to the Great Recession. Unfortunately for Senator Sanders, a financial transactions tax would not eliminate or even adequately address the overwhelming structural policies that contributed greatly to the crisis. For example, as Martin Mayer writes in The Greatest-Ever Bank Robbery: The Collapse of the Savings and Loan Industry, “deposit insurance has proved to be the crack cocaine of American finance.” Sanders in his typical, antiwealth rhetoric is equating wealth generation in general with the greed of some. This approach to politics may amp up his base in the Democratic primary, but it is sure to rattle the establishment and Wall Street Democrats.