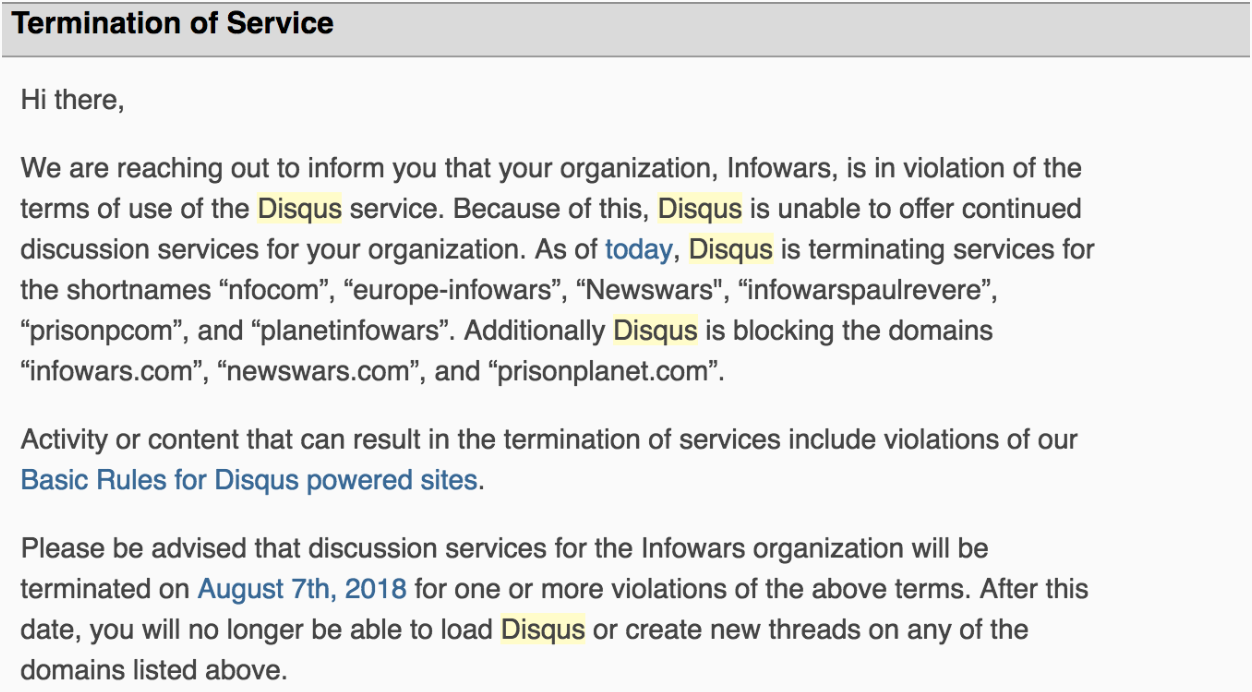 Tech monopolies are scrambling to send every last trace of Infowars down the memory hole.

So far, the following companies have declared war on free speech:

Be sure to check back – this list is being continually updated.

In many cases, we were never notified we’d been banned, or we were informed we’d violated terms of service, while never provided examples of our alleged offensive content.

Check out this termination notice from the Disqus comment hosting service, which ominously adds they’re “blocking the domains ‘infowars.com’, ‘newswars.com’, and ‘prisonplanet.com'” – presumably meaning comments containing those urls will be censored.

Prodded along by the Fake News enemy media, these social media companies are collectively taking part in the modern-day digital equivalent of book burning.

As Alex Jones explains, the censorship of conservative voices is part of a wider plot for Communist China to meddle in the upcoming elections.

Want to boycott authoritarian tech giants? Here are some platforms we recommend that value free speech:

You can also bypass censorship by downloading the Infowars Official app – while it’s still available.