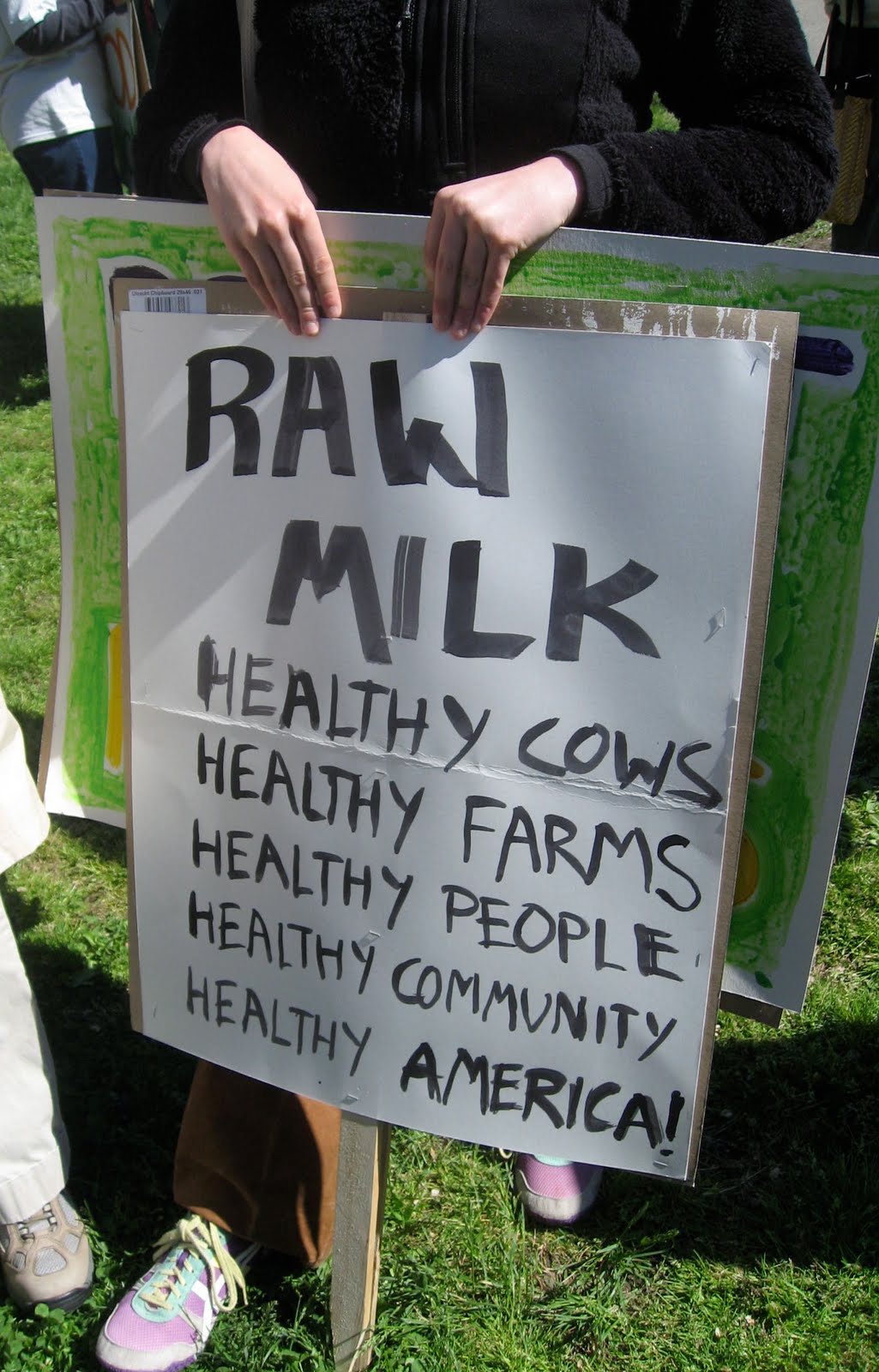 On April 20th, after a year-long undercover sting operation, armed federal agents acting on behalf of the Food and Drug Administration (FDA) raided the business of Pennsylvanian Amish farmer Dan Allgyer to prevent him from selling his unpasteurized milk to willing, fully-informed customers in Maryland. Federal agents wasted a whole year and who knows how many of our tax dollars posing as customers in order to catch Allgyer committing the “crime” of selling his milk. He was not tricking people into buying it, he was not forcing people to purchase it, and there had been no complaints about his product. These were completely voluntary transactions, but ones that our nanny-state federal government did not approve of, and so they shut down his business. The arrogance of the FDA and so many other federal agencies is simply appalling. These types of police state raids on peaceful businessmen, so reminiscent of our tyrannical federal drug war, have no place in a free society.

The FDA claims its regulatory powers over food safety give it the authority to ban the interstate sales of raw milk, but this is an unconstitutional misapplication of the commerce clause for legislative ends. As we have seen, if the executive branch feels hamstrung by the fact that our framers placed lawmaking authority in the Legislative Branch, they simply make their own laws and call them “regulations.” We all know how the Environmental Protection Agency (EPA) uses such bogus regulation authority to harass, hinder, and shut down countless other legitimate businesses. Sadly, Congress has been far too lax for far too long as the executive branch continues to encroach on its areas of responsibility and thereby undermines our system of government.

Most Americans understand that if you don’t want to drink unpasteurized milk you simply do not buy it. But the federal government solution is pre-dawn raids which destroy the livelihoods of honest, hardworking families in this time of continued economic hardship.

I am outraged by this raid and the many others like it, and that is why last week I introduced HR 1830, a bill to allow the shipment and distribution of unpasteurized milk and milk products for human consumption across state lines. This legislation removes the unconstitutional restraint on farmers who wish to sell or otherwise distribute, and people who wish to consume, unpasteurized milk and milk products.

I am hoping my colleagues in the House will join me in promoting individual rights, the original intent of the Constitution, and federalism by cosponsoring this legislation to allow the interstate shipment of unpasteurized milk and milk products for human consumption.

If we are not even free anymore to decide something as basic as what we wish to eat or drink, how much freedom do we really have left?