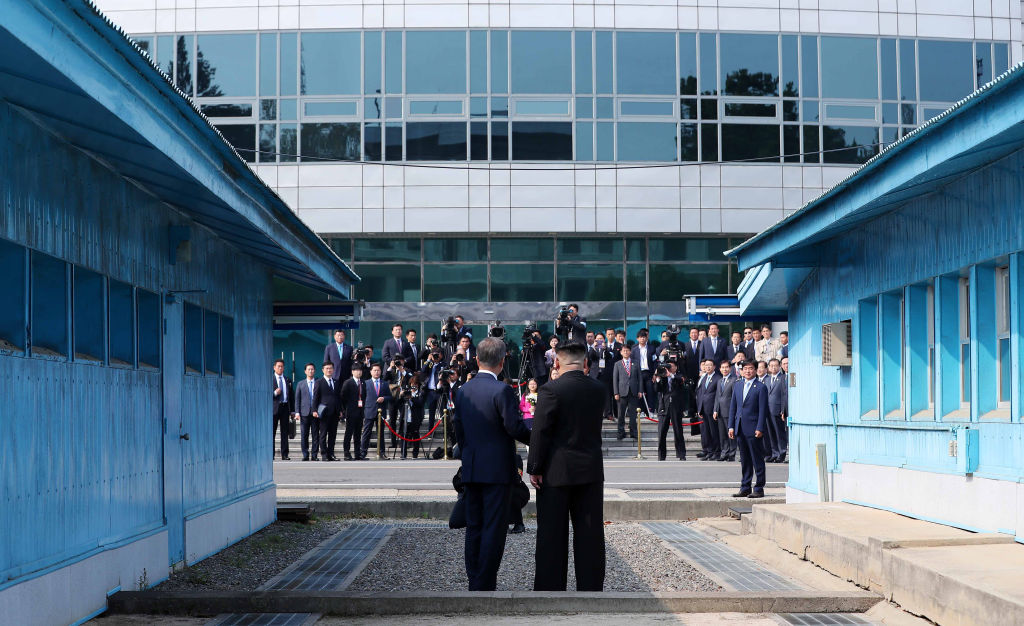 Kim, the first North Korean leader to enter South Korea since the 1950-53 Korean War, approached Moon with all smiles before the two shook hands on their respective sides.

“I was excited to meet at this historic place and it is really moving that you came all the way to the demarcation line to greet me in person,” Kim told Moon.

After stepping over to the South, Kim went off script and brought Moon back to the North, clutching the hand of his quasi-counterpart.

The handshake that made history. pic.twitter.com/JB09Ce9mHt

The pair posed for photos as dozens of journalists looked on, frantically capturing the historic moment as it unfolded at Panmunjom.

The two leaders were then accompanied by a traditionally-dressed honor guard as they began towards the event’s opening ceremony. 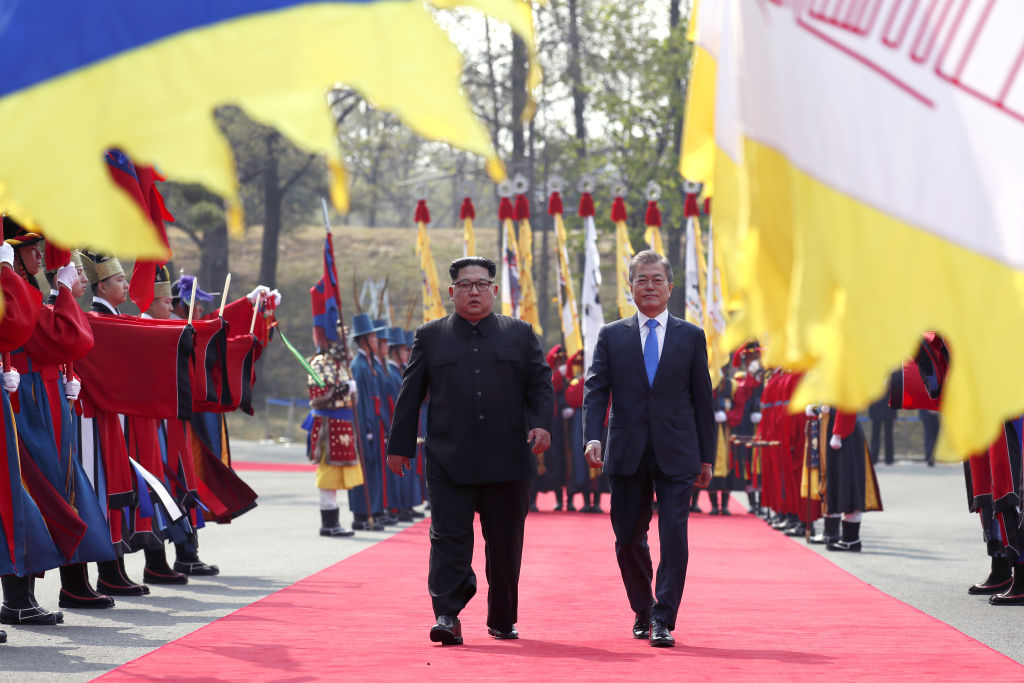 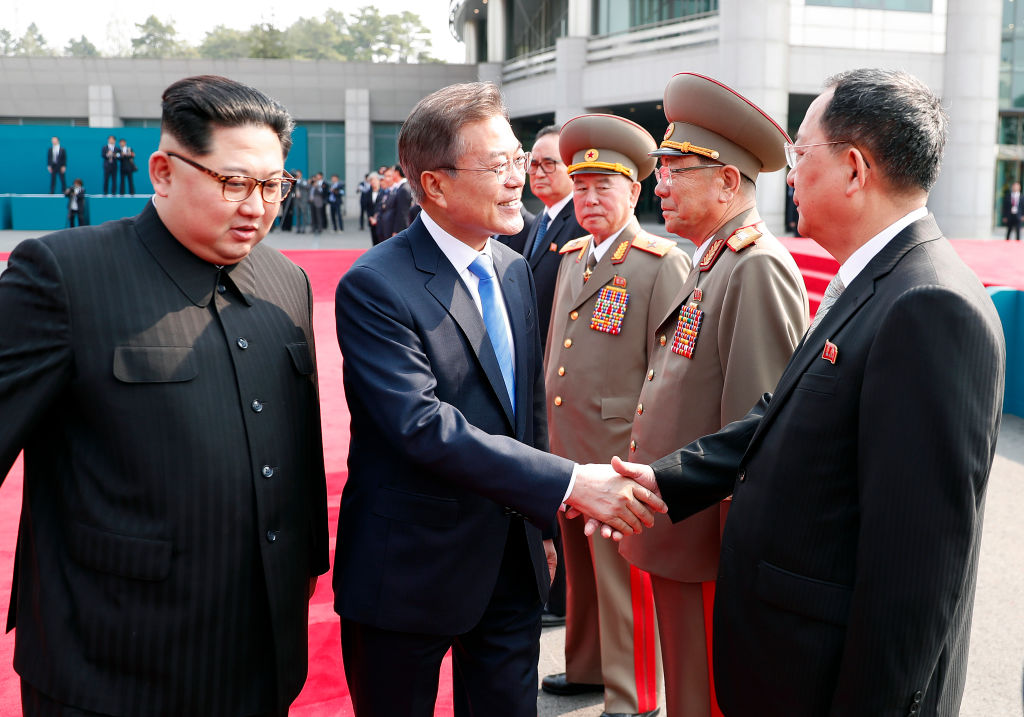 Making their way to the newly-renovated Peace House, Kim entered and signed the guest book, a gesture reserved for all high-level visitors.

Kim signs the guest book in the Peace House pic.twitter.com/iXTVt1eOVp

A photo of Kim’s message reads: “A new history begins now – at the starting point of history and the era of peace.”

Here’s a message Kim Jong Un wrote on the guestbook at the Peace House summit venue, which reads “A new history begins now – at the starting point of history and the era of peace.” #interkoreasummit pic.twitter.com/uz1aQvsEfj

Upon finally reaching the negotiating table, Kim and Moon exchanged their opening remarks, both advocating for a long-sought peace in the divided region.

Amazing: live feed of Kim Jong Un making opening remarks at the start of inter-Korean talks, even making jokes about how far the cold noodles have had to come today pic.twitter.com/nvIt1BeEoX

Halfway through the summit, the two took a break to plant a tree commemorating the unprecedented occasion.

After hours of deliberation and talks, the two leaders released a joint declaration. Among other things, the two countries promised to increase diplomatic relations and work towards the “denuclearization of the Korean Peninsula.”

“The two leaders solemnly declared before the 80 million Korean people and the whole world that there will be no more war on the Korean Peninsula and thus a new era of peace has begun,” the declaration triumphantly announced.

To celebrate the accomplishment, the leaders of the DPRK and ROK sat down for a banquet, complete with traditional Korean music, celebratory toasts and small talk.

As darkness eventually fell on the Korean Peninsula, Kim stepped inside a limousine surrounded by security personnel and slipped back into the Hermit Kingdom.

Kim is now set to meet with U.S. President Donald Trump in late May or early June.

While analysts are skeptical North Korea will give up its nuclear weapons, the summit could fulfill some short term goals, including an official end to the Korean war and the release of U.S. hostages, as Trump and Kim lay out plans for the future.

In a series of tweets Friday, Trump congratulated the two Korean leaders on their landmark proceeding.

“After a furious year of missile launches and Nuclear testing, a historic meeting between North and South Korea is now taking place,” Trump said. “Good things are happening, but only time will tell!”

View some of the Kim-Moon Summit’s historic photos below: 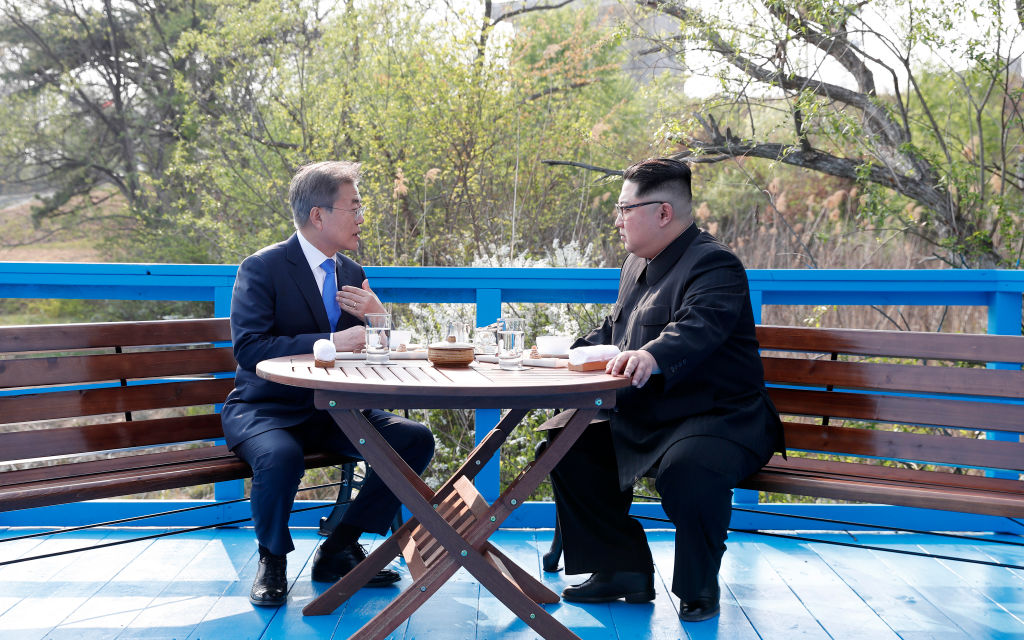 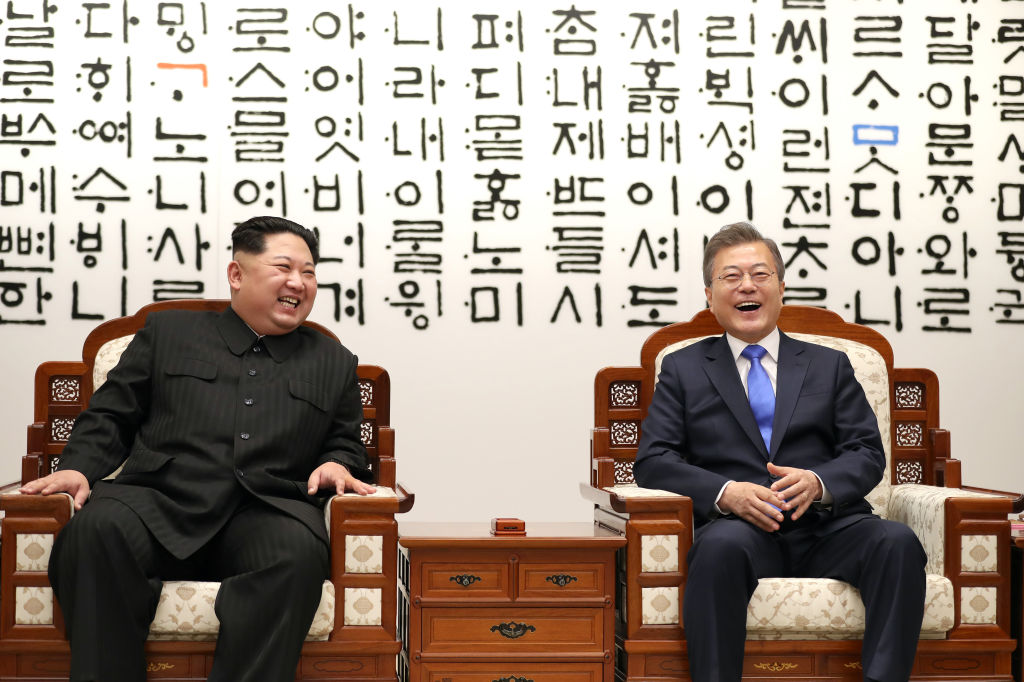 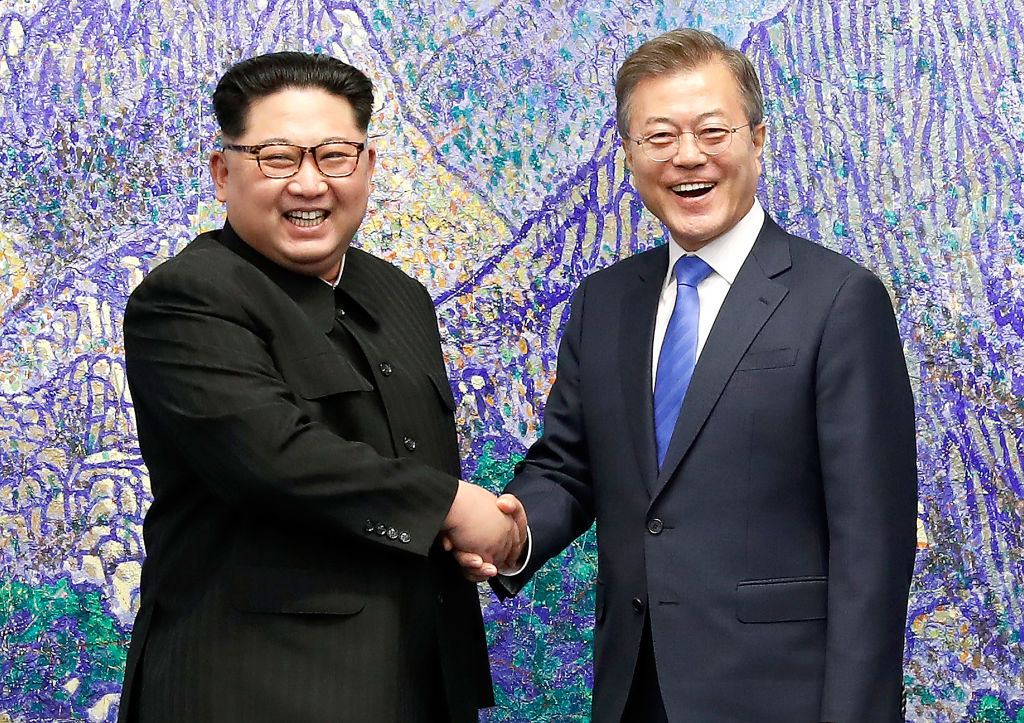 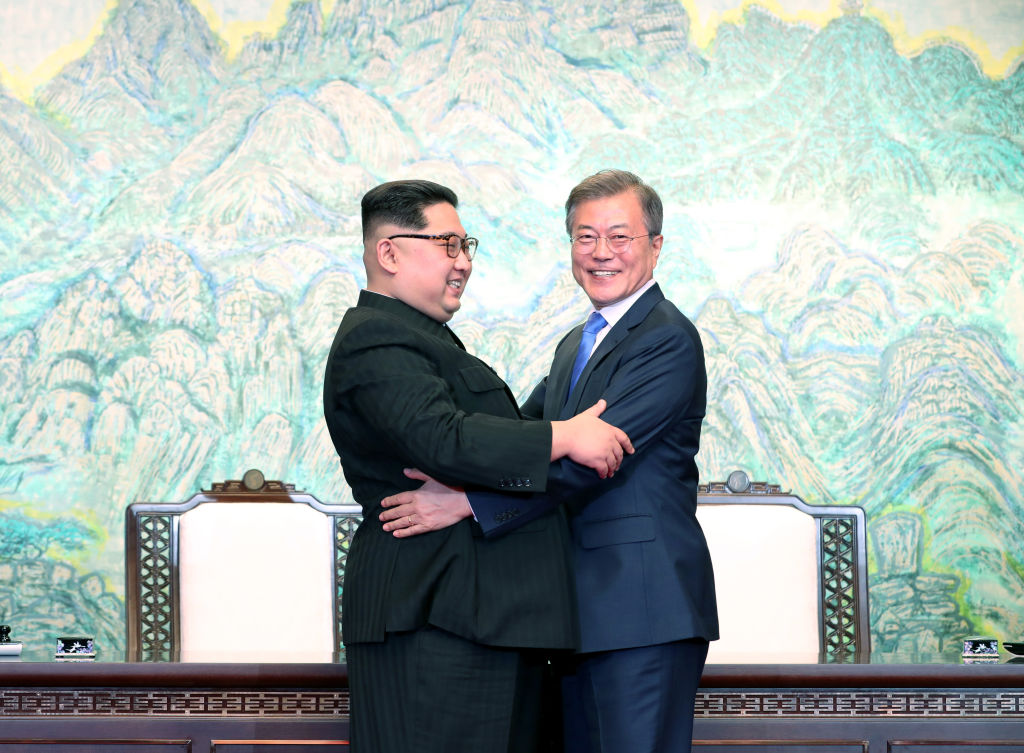 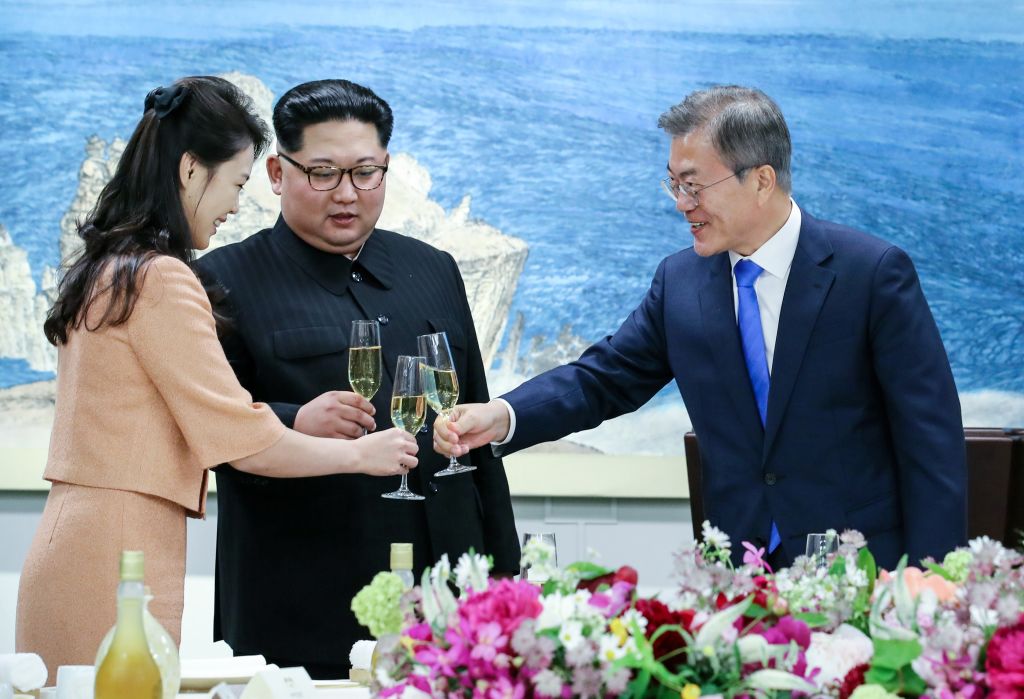