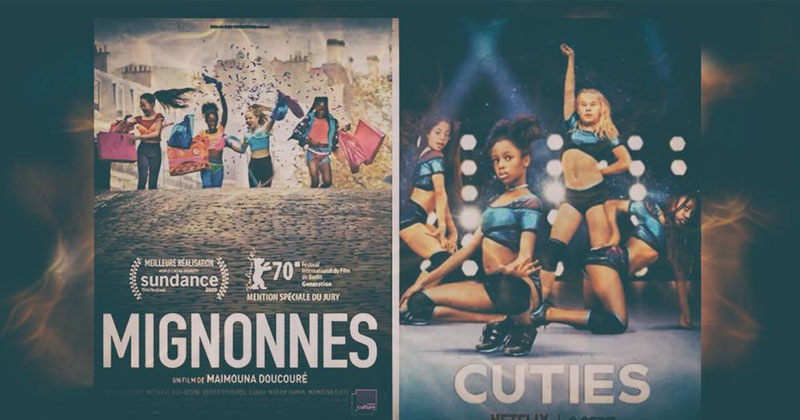 In 2019, “Cuties” premiered at the 2019 Sundance Film Festival. That same year, Variety reported Sterling Van Wagenen, who co-founded the Sundance Film Festival with Robert Redford in 1978, was sentenced to at least six years in prison after pleading guilty to sexual abuse of a child that began when that child was 7 years old.

Publications like The Verge, Variety, and Salon, along with the director of the film, blamed the Netflix poster for all of the outrage rather than blatant sexualization of underage children throughout the film.

The Verge even attempts to blame Alex Jones, Steven Crowder, and Qanon for some kind of misguided backlash claiming, “Not all of the criticism came from people who openly support QAnon. But the backlash makes Cuties an easy target for QAnon supporters to spread conspiracy theories. The focus has shifted away from the actual movie, including its purpose and contextual uses of certain scenes, because of the resurgent backlash. But as a critic wrote in his Rolling Stone review, Cuties is not “a salacious bit of pedo-bait designed to appeal to baser instincts rather than better angels.”

But the film that gets progressively suggestive in its sexual exploitation and comes across as softcore pedophilia only has itself to blame. The Daily Wire interviewed sex trafficking survivor and advocate Eliza Bleu, who said the film is also giving sexual abuse victims flashbacks of some of the darkest moments of their lives.

“It takes them back to a moment when they were abused and overtly sexualized as a child. They might have to call off work the next day. They might have thoughts of suicide. Those are the real-life ramifications of that material being so open and readily available.”

This isn’t the first time Netflix has crossed the line. The Netflix cartoon Bigmouth is nauseating in its promotion and normalization of pedophilia.

The film “Girl” about a teenage male ballerina who “identifies” as female on Netflix received condemnation after showing frontal nudity of a 15-year-old male actor. And there are many more shows on Netflix that stream the liberal agenda aimed at crushing any morality remaining in America’s future generations.