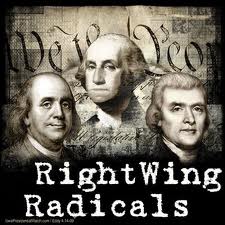 ” We the people  of the United States, in Order to form a more perfect Union, establish Justice, insure domestic Tranquility, provide for the common defense, promote the general Welfare, and secure the Blessings of Liberty to ourselves and our Posterity, do ordain and establish this Constitution for the United States of America.”

And now, the current version as it applies to the USA today:

“We, the people of the United States, in order to form a more perfect Union for the wealthy, establish tiered justice that protects the rich and punishes the poor, insure corporate tranquility, provide for the common defense of corporations, promote corporate welfare and secure the blessings of liberty to the rich and their posterity, do ordain and establish this Constitution for the rich of the United States of America.”

A more perfect Union for the wealthy

In just the past decade we have seen an increase in the use of electronic voting machines such as Diebold and others that can easily be tampered with. The poorer districts across America have been increasingly punished with fewer machines per voter, machines that breakdown more often and laws that punish the poor by asking for proof of identity and other measures that disadvantage the less fortunate.

Recent Supreme Court decisions, such as the ruling in favor of Citizen’s United, have given corporations and rich donors carte blanche to spend as much as possible to promote the candidate of their choice. As it becomes increasingly costly to run for public office, it will also become increasingly required that those elected perform the bidding of the donors who paid for them to win said office. Few politicians today listen to their constituents and their needs. They spend more and more time raising money for their reelection which means more time with the rich donors who have the necessary funds.

Establish tiered justice that protects the rich and punishes the poor

What’s worse, the bankers and superrich have plunged our nation, and indeed most of the world, into a very dark economic turmoil. Even though they have made many fraudulent loans, such as ninja loans, bypassed financial regulation such as mortgage deed regulation, and continually manipulate stock markets with their nanosecond stock transactions, not one single participant in this horrific debacle has been accused in a court of law for his or her actions. Trillions of taxpayer dollars have been secretly doled out to the wealthiest members of society and the rest of us are supposed to tighten our belts and accept this new burden of debt.

At the same time, our prisons fill with minorities and the poor whose major crime is often nothing more than smoking a joint. The US has more inmates than any country on Earth and the ratio of non-White minorities to the White majority population demonstrates just how skewed our justice system is in carrying out the letter of the law. According to Wikipedia, ” The United States imprisons more of its racial minorities than any other country in the world. In Washington D.C., three out of every four young black men are expected to serve some time in prison.” In some parts of the country people are rounded up because they look illegal.

With increasing regularity we have seen how our government has protected and promoted corporate endeavors even after serious problems have been exposed with their effort. Unemployment has skyrocketed over the past three years and many people are accepting wager eduction of 10%, 15% or more after spending months or years out of work, yet CEO pay has soared by 27% over just in 2010.

Provide for the common defense of corporations

When Marine Major General Smedley Butler retired from active duty he decided to write a book and toured the country promoting it. This popular book’s name was War is a Racket. In it, he describes in detail how he had spent over thirty years in the military at the service of corporate America. He wrote about his military incursions into other countries to protect American companies there.

This procedure continued long after his service had come to an end. For instance, in 1954 the US government had no qualms paying terrorists from Honduras to invade Guatemala and overthrow the democratically elected president, Jacobo Ãrbenz GuzmÃ¡n, because the American business United Fruit Company complained that his government was going to confiscate some unused land owned by them.

Domestically, the police are called upon with ever increasing frequency to quell any and all protests against the status quo. The Occupy Wall Street movement has highlighted just how common it is for the police to use pepper spray and other heavy-handed tactics to crush any populist movement that goes against the views and opinions of Wall Street and the elitists who control this country.

We have seen recent events in the finance industry where the US government has given trillions of taxpayer dollars to the largest banks and financial institutions who had severely mismanaged their companies. These corporations have continued to shower their senior executives with billions of dollars in bonuses and pay increases while hording the rest of the money, even though these funds were to be used to stimulate the economy through loans and investments. Very little of their taxpayer handouts will actually go to creating new jobs for those out of work in today’s economy.

We see an ever increasing revolving door of corporate officers being placed in high level unelected political offices where they directly affect government policy and then return to their private companies after a few years. In this way, the FDA, FCC, US Treasury Department and other government agencies that are responsible for establishing and maintaining US policy, ensure the protection of these major companies and lavish them with no-bid contracts worth hundreds of billions of dollars of taxpayer’s money.

Economists from Northeastern University have recently released a study on the recession which found that between mid 2009 and the end of 2010, income in the U.S. increased by $528 billion. $464 billion went to pretax corporate profit while only $7 billion went to workers’ salaries. Thus corporates received 88% of the growth and salaries accounted for only slightly more than 1% of the growth in real national income. In fact, when inflation is added to the equation realwages actually declined.

Secure the blessings of liberty to the rich and their posterity

As we can plainly see, the America of today has little resemblance with the America that our forefathers originally intended. Productivity is up across America, many giant corporations are making huge profits, others have received enormous handouts from the American taxpayer, yet the average American today lives in a much more limited world of shrinking possibilities and less help. Prosperity for all, once one of the cornerstones of the American dream, has become prosperity for the rich. There are two Americas quickly emerging from this abyss; the rich America which is full of great hospital care, fancy cars and wonderful homes and vacations, and the not-so-rich America, full of empty promises, little health care, inner city and suburban ghettos, and an ever increasing mountain of debt for the bailouts that we’ve already given to the wealthy.

Our politicians will do whatever it is the rich demand they do, because the rich will elect them from now on. Those who dare speak out will get their fill of pepper spray and no-fly lists as well as other social restrictions to punish them for their insolence.   Education is already too much of a burden for many and the road out of poverty is becoming smaller and smaller. I’m sure the elite will find endless wars for those who choose the military route out of the poor house. The rest will just have to be content with ever diminishing wages, higher prices, and fewer services like health care, libraries, general education for their children and other community services.

Do ordain and establish this Constitution for the rich of the United States of America.

Hail to the new leaders, the elite who command our every move, select our officials and determine which rat hole will be our destiny. If we’re lucky, maybe a crumb will eventually fall nearby.