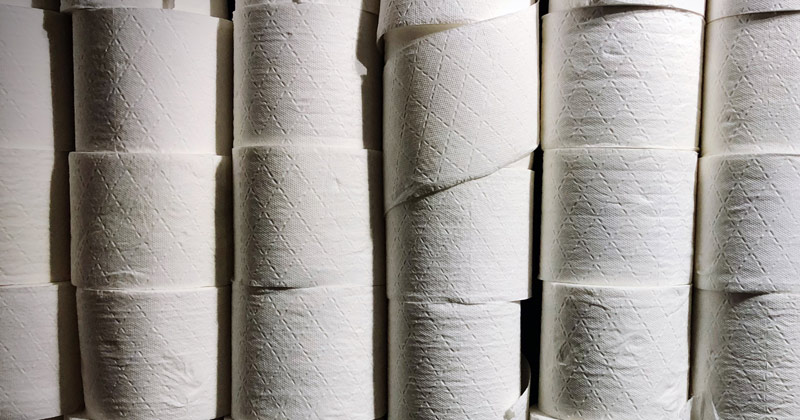 Thank goodness for the First Amendment and social media! The former has allowed amateur comedians to flourish and share their wares via the latter, mostly in the form of humorous memes. It’s come in handy by providing comic relief as concern about the coronavirus outbreak has swept the land.

I took a stab by offering a quip about the stash of wine bottle corks my wife and I have stockpiled over the last few years. I drew a link between that surplus and the baffling run on, and subsequent shortages of, toilet paper.

The reader can take it from there (depending on my comedic skills), but it offers a good lesson on the practice known as price “gouging.”

After Governor Greg Abbott “issued a statewide disaster declaration” Friday, March 13, Attorney General Ken Paxton reminded the public that it is against Texas law for “any person or business selling goods” to “unreasonably raise the cost of necessary supplies.” Similar laws exist in two-thirds of the other states.

In economic parlance, such laws are examples of price controls, these in particular being of the ceiling variety. (The minimum wage is a classic illustration of the opposite, a price floor.)

Prices are one of the most organic conveyors of information: is there a surplus of raw materials, pushing prices down? Is a tight labor market driving up the cost of that input? Is transporting the final product to market easy and inexpensive? Is demand outstripping supply, thereby pushing up the final price to the consumer?

All that information is represented in the sticker price that we consumers see.

“We’re all demanders,” I tell my students. “We recoil when the price of a good goes up, but it presents an opportunity for enterprising vendors.” They rush to market with more supply, which means that the final price to consumers has nowhere to go but down.

That’s why I use a variation of the following question on every test I give: when the price of shrimp goes up on the menu at your favorite seafood restaurant, how do fishermen (suppliers) respond?

When government steps in to “do something,” that organic signal gets skewed. Case in point: last week we saw shelves stripped of disinfectant wipes.

And it’s not as though we haven’t had real-life examples in recent years of what happens as a result of such price controls. Just look at Venezuela. Same thing.

For a fleeting moment, I did wonder if rationing by grocery stores might be an okay alternative. Privately enforcing quotas would at least be preferable to mandated price ceilings.

Then it occurred to me that even people who have lost their marbles are probably clever enough to send their kids to the store for more of the same item, effectively circumventing the store’s efforts.

Businesses don’t remain going concerns by being stupid. Their survival depends upon having products on the shelf. The most successful ones can foresee the likely results of current events. Prices could be raised incrementally, smoothing out the process.

Instead, we nearly come to blows while in line at the gas station when a hurricane is taking out energy production in the Gulf of Mexico as it barrels toward land. We see a man being upbraided for selling bottles of water out of the back of his truck when the alternative is zilch.

There’s no getting around the real market-based price. Demand, especially the overwhelming kind, will always be met by supply.

This is why I put “gouging” in quotes: it’s a politically expedient, emotionally driven word used to demonize people or businesses who serve a valuable purpose. “Gouging” simply puts a price on a general inadequacy of preparedness and overreaction. It’s the market’s way of making those habits and traits expensive.

Those who really end up getting the short end of the stick are those who have to spend more of their scarce time fighting crowds, standing in line when all they’re buying is a few routine items. Worse off are those of lesser means who rely on public transportation or walking to transport groceries home.

This is a time when our leaders have an opportunity to lead on principle, to educate the public in some basic supply and demand, with emphasis on the former.

Alas, they fall into politician mode, if only to guard against power-hungry challengers who would seize on an emergency and demagogue the issue (think Dana Carvey’s George H.W. Bush: “SCARY! SCARY!”) in an effort to wrest control over our lives. Incidentally, it’s reflective of the herd mentality that has led to empty toilet paper shelves, which reminds me…

I need to go check if any competitors have emerged in the market for wine bottle corks. I might have to cut my price to stay competitive.

A collection of MSM talking heads and others who are wishing for a recession and more coronavirus deaths so Trump can be voted out of office.