With the the U.S. economy having once again dropped into negative recessionary growth, currency wars around the world heating up through direct and indirect devaluations, and trillion dollar fiscal deficits piling on, how is it possible that the stock market, a key measure of economic health for many Americans, is touching near all time highs?

Marin Katusa, Chief Strategist at Casey Research, suggests that this effect can be traced to monetary machinations that are happening behind the scenes, where few people are willing to look.

“Because they’re printing and making the availability of money so easy, the market is really confused right now,” says Katusa.

The reality is that literally trillions of dollars have been borrowed and printed to bail out the United States and Europe, and much of that money has been injected into stock markets to give the appearance of recovery.

It is, at best, an illusory effect.

Given that more people than ever before are out of work, over half of American households are dependent on some form of government disbursement to survive, and prices for essential goods like food and energy are consistently rising, it’s only a matter of time before confusion in financial markets turns to panic.

And when it does, just as we’ve seen throughout history, only real, tangible assets will be of value.

One such asset that has always maintained real value in times of calamity is gold.

Despite arguments that gold doesn’t grow like typical modern day investments and simply sits in a vault gathering dust, according to Marin Katusa in a recent interview with Future Money Trends, there is one key reason for why it should be in your diversified basket of goods.

The number one reason to invest in gold is insurance.

Because of the massive liquidity and the dilution of, not just the US and not just Bernanke, but all of the major countries – they are a printing press… The main reason to invest is because gold is money.

Before they had fiat currencies – that’s the currencies like today… there was gold.

The Romans. The Egyptians. The Babylonians.

For thousands of years they used gold before they used these fiat currencies.

And, every time in history a fiat currency ends in disaster.

We have recent examples. If you look at what happened to Yugoslavia, or Zimbabwe, or even Germany with their fiat currencies… gold always holds true value.

That’s why we believe gold is a true, original money.

I think at least you can see with gold, it is the insurance policy to bet against the bankers.

With all of this money – literally hundreds of billions of dollars – being thrown into stock markets by leading financial institutions that were just a few years ago on the brink of insolvency, there are massive price distortions happening across the board. This includes rising stock markets, one of the key benefactors of the Federal Reserve’s printing press.

Another not so positive effect (at least not for the American people) are ever increasing prices in the free market, something that Katusa says is going to continue:

[There is a] One hundred percent [chance of inflation].

You can guarantee these three things in life: Taxes, Death, and Inflation.

Inflation is coming… I just don’t know if it’s next week, or in six months, or twelve months.

But the reality is, it’s coming.

That’s why if you have a percentage in gold, you’re covered.

When all fiat monetary exchange mechanisms fail, only one asset has stood the test of time as a store of wealth.

Gold is and always has been an insurance policy.

It will be the only thing left standing when the U.S. dollar, the Euro, the Yen, and other paper currencies are inflated to oblivion by their respective governments.

Make sure you have some when that happens. 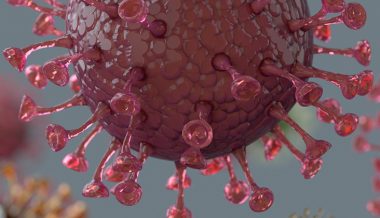