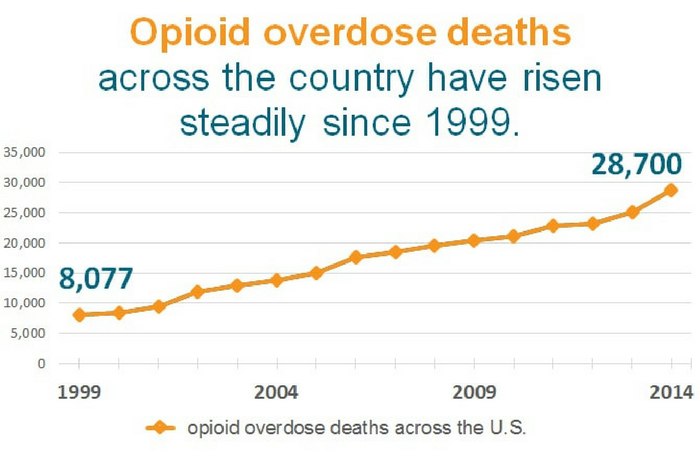 On August 10, 2017, President Donald Trump declared the opioid crisis a national emergency in a move that many speculated he wouldn’t make. Only 2 days before the announcement, Trump vowed to “win” the fight on painkillers and heroin, but stopped short of declaring an emergency. [1]

On August 8, following a meeting with Trump, Health and Human Services secretary Tom Price said that such a declaration was unnecessary, but said that all options were on the table, including a declaration of emergency. [2]

It is unclear what sparked the reversal.

The President called the crisis “a serious problem the likes of which we have never had.”

“You know when I was growing up they had the LSD and they had certain generations of drugs. There’s never been anything like what’s happened to this country over the last four or five years. And I have to say this in all fairness, this is a worldwide problem, not just a United States problem.”

Keith Humphreys, an addiction specialist at Stanford University who worked in the federal Office of National Drug Control Policy under Barack Obama, explained that 2 major actions will result from the national emergency declaration. [2]

“First, it lets states and localities that are designated disaster zones to access money in the federal Disaster Relief Fund, just like they could if they had a tornado or hurricane.”

According to Humphreys, the declaration will allow states and cities to request disaster zone declarations from the White House. In turn, these localities would be able to use federal funds for drug treatment, the overdose-reversal drug Naloxone, and other tools.

“Second, declaring an emergency allows temporary waivers of many rules regarding federal programs. For example, currently Medicaid can’t reimburse drug treatment in large residential facilities (16 or more beds). That could be waived in an emergency.”

Under the Obamacare replacement proposals backed by Trump, Medicaid funds for opioid addiction treatment would have been drastically cut.

An Excuse To Keep Fighting The War On Drugs?

The United States is undoubtedly in the grip of an unparalleled drug epidemic. In 2015, opioid overdoses killed nearly 35,000 people in the U.S., according to the National Institute on Drug Abuse (NIDA). [1]

By contrast, a study published August 7, 2017, found that mortality rates were 24% higher for opioids and 22% higher for heroin than had been previously reported. [2]

However, proponents of a public health-centered approach to the crisis epidemic worry about the potential ramifications of what powers an emergency declaration would grant an administration that favors tough-on-crime law enforcement tactics.

“We need to be cautious about the intentions of this administration. An emergency declaration can be used for good. It can help free up federal resources, help prioritize responses by the federal [government], help give the administration leverage to request legislation from Congress.”

Or, in the worst case scenario: